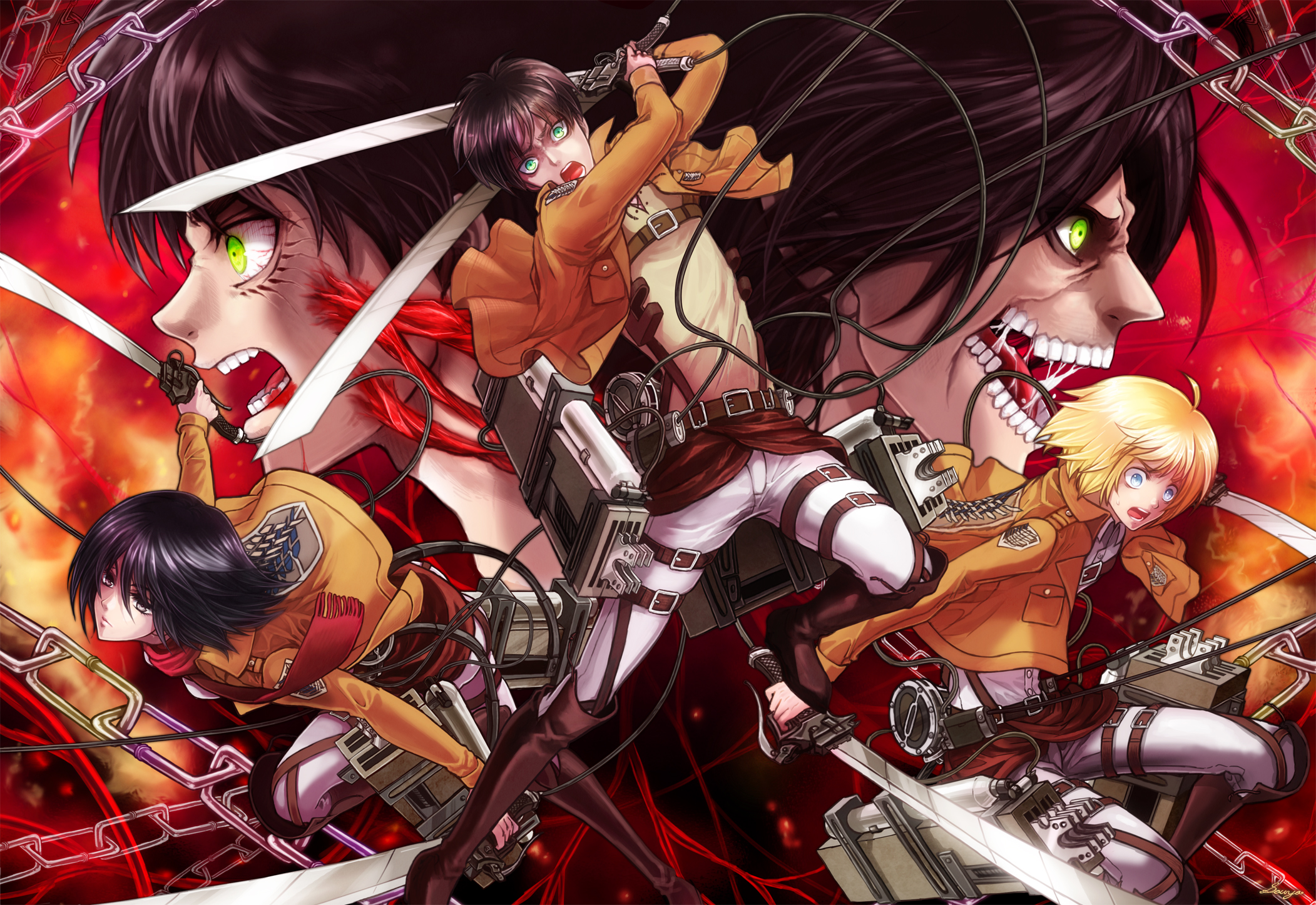 Yet another anime keeping us on our toes. Attack On Titan is well famous for its creative storylines, impressive animation, and characters that nearly steal our breaths. What do we expect from animes? Aside from the animation, a killer storyline, right? Attack On Titan has got us covered on that and has delivered a masterpiece that we will never be able to forget.

Attack On Titan altered the world of manga and depicted the most depraved of wars. It is a dark fantasy series that focuses on humanity more than anything which is why it is now an internationally acclaimed series. Now that we have witnessed season 4 part 2 and know how significant part 3 is, we cannot wait to unravel every piece of information we can get, aren’t we? Come, let’s dive into Attack On Titan season 4 part 3 details!

Attack On Titan is an anime that has been running over for a decade now and it is only so much we could drag the inevitable. We, humans, were bound to win against the humanoids but as we near closer to our fate, we are treating, aren’t we?

Attack On Titan season 4 part 3 is going to be the last installment in this anime series. In this part, the bloodshed would be extreme and so would the level of the anime. Attack On Titan season 4 part 3 will feature in two parts with the first part releasing on March 4, 2023. The second part is speculated to release in late November but we don’t have a concrete release date for it yet. This is going to be an amazing series with hopefully no controversial ending!

FOR YOU: Ayakashi Triangle Season 2 Release Date And Predicted Plot!

What To Expect From Attack On Titan Season 4 Part 3?

Come expecting lots of blood, mass destruction and the ultimate win for humanity. After Eren has understood everything about the Titans, he is now planning to outrun them and end their chapter once and for all. This is going to be a visual delight and will probably be more intense than before.

Since part 2 is further divided into two parts, we are expecting a carefully constructed plan. Now that Eren has grown up into a mature and lethal fighter, this battle will most likely result in something unlike what we are used to from Hajime Isayama. For most of the part, his mangas end up on a sweet note with the protagonist forgiving on moving on. But in this anime, our protagonist, Eren Jaeger, wouldn’t be forgiving. How could you forgive the people who brutally killed your mother? Well, Eren certainly wouldn’t and Marley would have to taste defeat.

The story begins with Erin Jaegar, a boy who has lost his mother to the Titans, trying to find his footing and execute his revenge. Around a century ago, humans have to go into hiding or risk being eaten by some humanoids called Titans. Who would have thought we humans would be on the verge of perishing?

But in this anime series, we are all living in a world where humanoids rule over us. In the fourth season, we have seen how Eren and his friends, Mikasa and Armin, set out to formulate a plan to destroy the enemies. It is set a few years after Eren learns about his relationship with Titans and sets out to be a part of the Warrior Unit.

The highlight of the season has been Mikasa and Eren’s final admission, right? We all have fallen in love with the moment Eren yelled at Armin claiming that he couldn’t stomach the thought of Mikasa being with someone else and that he only wants her to love him. The bloodshed is kept for the upcoming parts.

Attack On Titan Series Review: Is It Worth Watching?

It all depends on one question: how much violence can you tolerate in an anime? If you could make do with corpses and blood, you would become a fan soon. Eren, with his vulnerable moments and resolute decision, will touch your heart once you get past his tough exterior.

Of course, there are some illogical and absurd moments thrown in here and there, you can most likely overlook them. This is a dark fantasy series and so far has been one highly acclaimed anime, it does justice to its genre. Hopefully, the upcoming parts would continue the legacy!

There is no doubt that this is one of the most well-rated anime show in the history of mankind. As you can see from the results above, The anime has 9 ratings out of 10. What else could you expect from a show, right? Below is also the demographical results of the show.

1. What Is The Attack On Titan Anime Series About?

This anime is about Eren’s revenge who has lost his mother to the Titans.

3. Is The Attack On Titan A Manga As Well?

Yes, there is a well-written anime based on the same name as well.

4. Who Is The Writer Of Attack On Titan Anime?

Hajime Isayama has written this anime.

5. Is The Attack On Titan Anime Coming To An End?

Yes, season 4 is the last season of this anime. And the upcoming parts would mark the end of the series.

6. Where To Watch The Attack On Titan Anime?

Crunchyroll is the site for us online viewers, you can watch it over there!