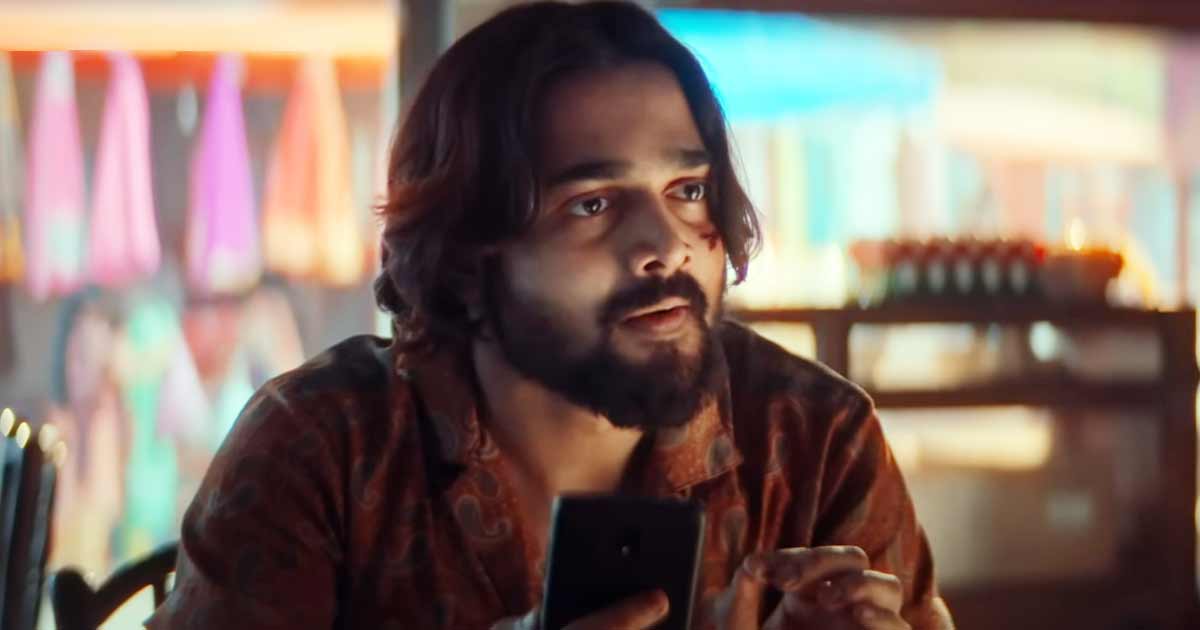 Now here we are, to one of the most awaited projects since the last year. Our very own bb ki vines or as we know Bhuvan Bam is just back with a new series, and from how the audience response has been, we can surely state that it’s a banger for sure.

Taza Khabar has always been a dream project for Bhuvan Bam and the way he has been promoting this web series surely makes us understand how much he has been connected to this series and the story that he has built over such a long time. For those who don’t know much about who Bhuvan Bam is or how he gained the status of a celebrity.

In this growing social media industry which has been running for almost a  decade, Bhuvan Bam can be considered one of the most successful people who took the help of the opportunity that YouTube brought him and started making some funny entertainment adult vine type videos and it was so funny, that soon his subscriber grew like anything and we all know where he stands right now. Almost all of us out here have heard of his YouTube channel bb ki vines and many of you may have watched his videos too.

Now other than that another thing that you must know about Bhuvan Bam is regarding his music career, where he actually started as a singer and used to work at many places for live singing sessions, and other his music has also been featured in some web series out there. Following that he has been featured in many other web series and has got interviewed at many shows along with many renowned celebrities from the Bollywood industry.

Now coming to the main topic of the article, and are the series Taza Khabar, which is mainly based on the story of riches to ragas ends with a twist. The characters are very well written and the main character that has is played by Bhuvan himself, which is especially what has attracted me so much. Many fans have also been quite curious regarding whether the story is true or not.

But come on, the entire line of the story is based on some poor boy who has got some big dreams and because of his good nature, he gets a magical power which gives the boon of changing his entire life, however, something very stereotypical also happens in this web series and the entire idea that too much money isn’t nice and people change with money has also been beautifully portrayed in this show. Some of the other things that we must know about this show, is that the love angle that it has got, our main character vasya has also got a love interest in a local prostitute and he wants to give her a better lifestyle too, but money also ruins it at the end. Overall the idea of greed and its consequences have been portrayed in a  very beautiful manner.

When it comes to the ratings and the critic comments that this show has received from the audience and stuff, we do have to say the bb ki vines fan base never disappoints. The trailer only received millions of views and people went crazy over it, many people ended up taking a subscription to Disney+ Hotstar. Other than that another very notable thing is the audience response to the actual show, there have been no critical negative comments from any fans as of now and they have overall showered it with lots of love.

When it comes to the critics part, there actually has been a mixed review that wasn’t expected to be honest, but some have given the story the mark of being vague as it is not very realistic. However, from our point of view, it is very much worth it. Following that the IMDB ratings of the show have also been 8.5 out of 10 which is just huge when it comes to a series like this.

Taza Khabar season 2 as we all know hasn’t been confirmed as of now, and there will be quite a wait for sure before we get any confirmation from the maker’s side. The promotional activities regarding the first show are still going on and we can consider that there haven’t been any talks regarding season 2 as of now.

The whole of 2022 went into making and editing season 1 and finally, we received the first season of the show on the 6th of January 2022 with a  total of 6 episodes. Now coming after that If season 2 of the show becomes confirmed and everything a new storyline would be made which has to be a continuation of the same story and for that surely the makers will take a lot of time, so however it is the second season won’t make it to us before the end of 2024, that’s for sure.

Often this kind of series is delayed a bit so that fans get more hyped up regarding it and thus it also may take longer. Now the only that is in the hands of the fans is to wait for the upcoming season of the show and for any other announcements that the makers make.

For season 2 of the show, we haven’t got any updates as of now and thus we also can’t say what the storyline will be based on or whether there will be a season 2. However, if season 2 of the show happens, we predict that it will be having the same setting as the previous season for the show and even if it doesn’t it will continue with the same characters in some other kind of setting.

The only thing that we guarantee as of now is that whatever the story remains one character that is going to be permanent for this series is vasya or the character that has been okayed by our very own Bhuvan bam.

Now for those of you who don’t know what the basics of the story are for the first season of the show, its basically the story of a sanitary worker who lives in the localities of Mumbai and has got big dreams, one day while trying to help an old woman he gets blessed with some magical power where he gets to know everything through his phone before it happens, and that changes everything in his life.

He uses it and earns quite a lot of money and with that his journey starts as a rich man but at the end of the story, we find him to be the prey of his own greed and slowly destroying his own life.

For the cats of the second season of the show we have got, Bhuvan bam that’s for sure, and his love interest of his will probably be played by Shriya Pilgaonkar. For the other cast members, nothing has been confirmed because the second season itself hasn’t been confirmed by the makers of the show. For any more updates regarding the cast, we will have to wait till further announcements are made.

Where Can We Watch Taza Khabar Season 2?

As you can see above, the show has gained great popularity, it received a rating of 8.8 from the fans.

ALSO READ: Sandwiched Forever Season 2 Release Date: Will The Huge Fan Base Save The Show?

1. Will there be Taza Khabar season 2?

Though nothing has been confirmed as of now, there is a great chance that the show will bring us a second season.

2. Does Taza Khabar’s story come to an end in season 1?

The story ended on such a note, that the audience is quite satisfied with the first half of the series and even if the second season happens, there is a great scope for renewal.

3. How many seasons does Taza Khabar have?

As of now, the show has only got a single season.

4. How many episodes are there in the first season of Taza Khabar?

In the first season of the show, there are only a total of 6 episodes.

5. Does Bhuvan Bam kill someone in Taza Khabar?

No, he doesn’t kill anyone in the show, but at the end we see the killing of a dog at the hands of Bhuvan.

6. When will Taza Khabar season 2 be released?

As of now, there have been no confirmations for season 2, however, the predicted dates are in 2024.

MUST-READ| Faadu A Love Story Season 2 Release Date: What Are The Big Updates?