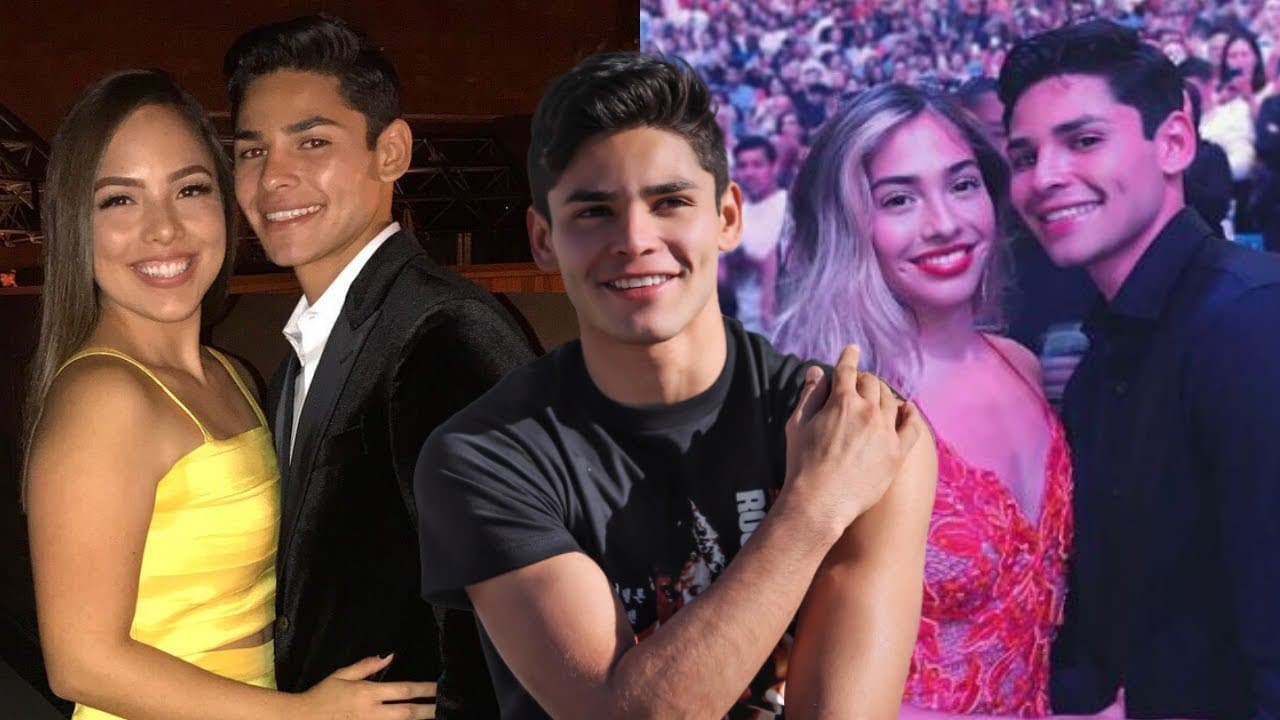 When it comes down to the personal lives of these sportsmen, each layer is carefully conceited. They try to separate their personal and professional life, portray their glimmering images and hide their secrets. But Ryan Garcia, the leading boxing sensation, enjoys the limelight and seems to be making headlines continuously. Garcia is popularly known for his stellar winning record and the seamlessly flowing controversies.

KingRy, Ryan’s nickname, has become his trademark now. Since Garcia hasn’t even lost a single match yet, his name seems well-defined, doesn’t it? Garcia is an excellent player but his personal life isn’t as sorted as his professional one. Ever since the infamous TikTok video started to take over the world, this question has been spreading like a wildfire.

Who Is Ryan Garcia’s Wife?

At mere 24, Ryan has become a popular boxing star. His skills are admired all over the world, he is ranked as the sixth-best lightweight boxer in the world. KingRy or The Flash, as his ring name is, isn’t a man who accepts defeat. But outside the ring, Ryan seems to be a different person altogether.

Ryan’s dating life is quite active, have always been. His relationships have stirred several controversies as well. Despite having numerous relationships, Ryan has never been married. Though he has two adorable daughters, his relationship status is still single. For how long it would be, who knows!

READ THIS: What Happened To Muhammad Ali? Did His Career End On A Bad Note?

Garcia has always been fond of boxing and started training at a tender age. At just 7, he was lifting weights and practising some gracious moves. Since his father was his trainer at the time, Ryan was carefully prepared for the matches. Just a while later, Ryan started competing in various boxing matches.

Ryan played professionally for the first time when he was 17, fighting against Edgar Meza. Of course, no one expected him to defeat the insanely talented boxer but Garcia overpowered him within minutes and ever since, he has never lost a match yet. In the lightweight championship, KingRy is most definitely the most invincible boxer.

Here’s Everything You Need To Know About Ryan Garcia

Ryan comes from a huge, supportive family. His father, Henry Garcia, has always helped him strive better and perform to the best of his ability. Garcia has four siblings; Demi, Kayla, Sasha and Sean Garcia who have all encouraged him to be what he is now.

This boxing star trained with his father for years until he decided to switch to a more professional trainer, Eddy Reynoso. But his mother still works as his assistant helping him sort through the endless offers and pick the best one. The Mike Tyson and Muhammad Ali fan has now established a stellar net worth of 10 million dollars which keeps on flourishing with his talent and dedication.

MORE FOR YOU: Who Is Dove Cameron Dating? Did She Find The Magic She Was Yearning For?

Ryan Garcia And The Endless Controversies

Ryan never shies away from controversies, he has always been quite fond of the stardom. But when it comes down to his personal life, he is rather shy. And why wouldn’t he be? His love life has always been a hot mess with him being quite a fumbling guy. Ryan’s dating history is a long mile away from being perfect, instead, it has become a huge question ever since the controversial TikTok video came out.

In this video, Ryan was seen being rather close to Malu Trevejo, an Instagram star, despite his girlfriend, Drea Celina, being pregnant at that time. Celina accused Garcia of cheating on her which he didn’t comment on. The video was enough evidence of his loyalty as it is, his words would have been nothing more than white lies as it is.

Not only does Garcia have a sordid dating history, but he also has quite a reputation out of the ring as well. In the boxing ring, he is undefeatable and unreachable. But out of it, he doesn’t seem to hold back at all. He keeps commenting on his fellow wrestlers and is found struck in controversies more often than not.

Who Is Ryan Garcia?

Garcia is a boxing star popularly known for his Lightweight skills.

No, Ryan isn’t married yet.

Does Ryan Garcia Have Any Kids?

How Old Is Ryan Garcia?

When Did Ryan Garcia Start Boxing?

Ryan started practising when he was seven and ever since he has started competing in matches. He played professionally for the first time when he was 17 in 2016.

Has Ryan Garcia Ever Lost A Match?

No, Ryan hasn’t lost a professional match yet and has earned the title of KingRy because of it.

MOST RECOMMENDED: Is Amanda Peet Married? Actress Reveals All About Her Dating Life!