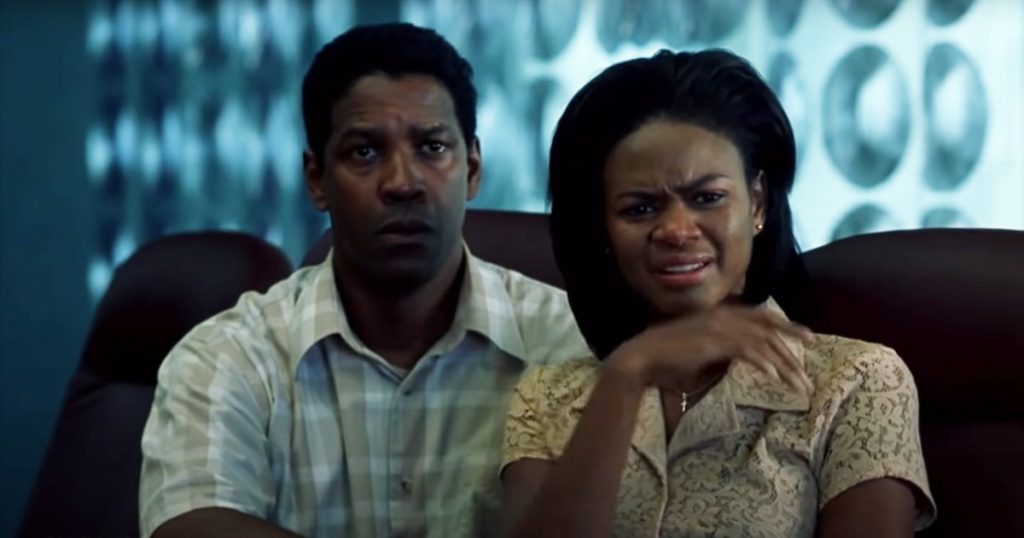 A story that not only took us by surprise but also left a deep message in our hearts. Many in the United States don’t hold a proper insurance policy and those who do, have faced the burden of heavy expensive medical bills! This blockbuster movie surely sets out a brilliant example out there. Based upon a father’s struggle to keep his nine-year-old son alive, John Q. which was released back in 2002 is still seen among the best action-thriller family movies of all time. Even after 20 years, fans re-watch the movie in awe. John Q. truly impressed us a lot, we were charmed by Denzel Washington’s extraordinary performance in the movie. John Quincy Archibald has even got a separate fanbase out there. But hey there, have you ever wondered whether the movie was based on a true story or not?

Is John Q. Based On A True Story?

This happens to be the most asked question out there. Well, you are not the only one searching for answers here, we too think the blockbuster film of 2002  might be centered around a real-life story! As per our analysis, the movie is not exactly based on a real-life story. In an exclusive interview, the renowned director of “John Q.”, Nick Cassavetes was captured along with the writer of the movie, James Kearnes! Both were asked the same question and they didn’t let us down this time. As per their statements, they had a word with the SWAT team advisors where they learned that a similar type of incident had happened previously in 1998. Back in Toronto, a man named Henry Masuka captured a doctor as a hostage, this particular incident took place at St. Michael’s Hospital.

Further studies showed that his son needed emergency treatment and that’s why he rushed his son to the Emergency Room. Sadly, at that particular hour, no pediatrician was on duty! No one had any idea that Henry was carrying a gun along with him. He took the doctor at gunpoint, one thing went to another and the situation got even worse than one could have imagined. The police were called and unfortunately, Henry was shot dead in the hospital! The movie, John Q.  follows the same storyline of this incident and that’s why many assume the movie is based on a true story. But guess what, when the creators were busy making this film they had no idea about the accident which took place at the Toronto hospital. Only when they had a word with the SWAT Team advisors, they came across to know about Henry Masuka!

ALSO READ – Is The Black Phone Based On A True Story?

If you still haven’t got a chance to binge on “John Q.”, then what are you waiting for? This movie truly touched our hearts, we were amazed at the exceptionally drafted story of the movie. It all starts when John Quincy Archibald learned that his nine-year-old son, Micheal needs an emergency heart transplant! On one hand, John requires around $75,000 down payment to get his son listed under the organ transplant list, while on the other hand, he is made aware of the fact that his work health insurance will not cover his son’s surgery! In this crisis, his mind goes numb and he is scared by the thought that he might lose his son forever.

John, alongside his wife, Denise tries a lot to arrange the required sum of money but despite every effort, they fail to deposit the down payment. In such a terrible situation, seeing no other way out, John decides to step into the Emergency Room of the hospital and takes the whole ER into control. From Dr. Turner and his staff members to every other patient present in the ER, he made everyone a hostage! All trouble taken is to make sure that his son’s name comes under the organ transplant list!

The blockbuster movie, John Q. was highly acclaimed by the audience out there. The movie tells us what a common man can go through, it explains to us how the economically weaker section of society has been always tortured with the burden of loan repayments and insurance receipts. The audience showed heavy sympathy toward the main character of the movie. The father, John Q, did everything possible to get his son’s surgery done. The movie originally tries to tell us that money shortage can be a real curse for the common man out there, it also portrays a father’s deep affection and love for his kid!

Is John Q. Based On A True Story? – FAQs

1. Is John Q. truly centered around a true story?

No, the iconic American thriller movie, John. Q is not exactly based on a true story.

John Quincy Archibald was just a character made by the writer of the movie, he doesn’t exist in real life!

John Q. is available on numerous online platforms. You can either search for it on Netflix or Prime Video.

4. Did the movie, John Q. end with a cliffhanger?

No, the epic thriller film, John Q. did not end with a cliffhanger.

5. What type of reviews did John Q. receive?

As per various sources out there, initially, John Q. was heavily criticized by the critics out there, but ultimately it managed to get a good hold of the audience.

6. Is there any Bollywood adaptation of John Q.?

Yes, as per our studies, Zee Studios have worked on the Hindi adaptation of the movie. John Q. has been revived as Sanak, the movie is available on Hotstar.