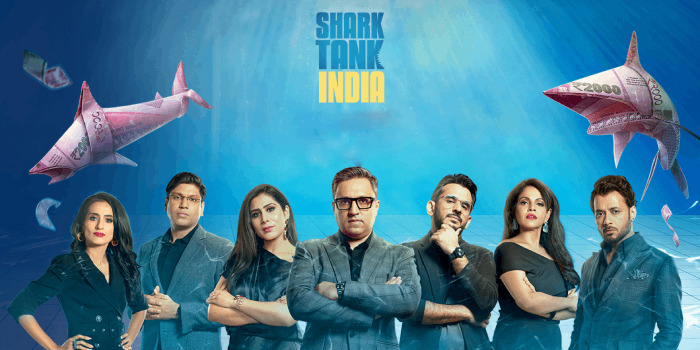 We are used to drama series, thrillers, and every other kind of show, aren’t we? Most of these shows have no fresh ideas, are based on repetitive storylines, and have little more to offer. We are all fans of thrillers, love to enjoy dramatic series, and binge-watch some reality shows when we have time. But Shark Tank India is nothing like this series. It is based on a unique concept and is now in its other highly successful season.

Shark Tank India is where investors meet pitchers and turn their fate from bleak to bright in a few minutes. In a country where there are far more people than opportunities, a show like this is highly appreciated. Sometimes, we have brilliant ideas but lack opportunities to execute them. For a series that makes the implementation of these dreams a possibility, it is no surprise that it is one of the most renowned series. We have witnessed 2 seasons of this wonderful show, but season 3 has become a huge question mark now.

With its unique concepts that allow ambitious pitchers to present their proposals to the sharks, it is no surprise that Shark Tank India is one of the most popular shows. It has now become a leading business reality show not only in India but globally. With season 2 making heads turn, season 3 has become the new hot topic. We all want to know whether we’ll be getting a new season, and if yes, when would that happen, don’t we?

The makers have not yet revealed anything; they seem to be focused on season 2, which was released on January 2, 2023. But the makers have no reason not to continue with the series given that season 2 is following in its predecessor’s footsteps and has become a superhit series. Following the pattern set by the previous seasons, season 3 of Shark Tank India is expected to be released in early 2024. Hopefully, we will get a confirmation soon!

The core of this show is the judging panel. These judges, or sharks, as you might call them, are real-life startup founders who have experienced the struggle of starting a business from scratch. They know how crucial and difficult getting an investment is, and in this show, they use their experience to guide the pitchers.

In the first season, the shark panel consisted of seven investors: Ashneer Grover, Anupam Mittal, Ghazal Alagh, Namita Thapar, Peyush Bansal, Vineeta Singh, and Aman Gupta. All these sharks are founders and owners of top-leading brands in India like Sugar Cosmetics, Lenskart, and Bharat Pe. Their brands have become the most successful ones, and now they’re using their experience to convert the pitches into businesses.

The seven sharks of season 2 include Aman Gupta, Anuman Mittal, Namita Thapar, Peyush Bansal, Vineeta Singh, and Amit Jain. It is hosted by the infamous comedian Rahul Dua, while the first season was hosted by Rannvijay Singh.

The pitchers for season 3 will most definitely change. Since we don’t have any confirmation regarding season 3, we have no idea who the sharks or host could be. But hopefully, we will get a confirmation soon.

Shark Tank India Season 2: What Have We Seen So Far?

Shark Tank India season 2 began on January 2, 2023, with a bang. We were all looking forward to some amazing pitches and yearning for those startups to get investments. Some of the pitches we saw were from Recode Studios, PatilKaki, and Flatheads. And even though they didn’t receive funding, they were mind-blowingly exceptional. The other pitches were equally commendable as well.

The shark panel has introduced some new sharks, and they are definitely living up to expectations. Though season 2 has become a hot topic ever since its commencement, we cannot outright call it a disappointment, even if it isn’t able to compete with the grandeur of season 1.

We all love possessions—something to call our own, don’t we? Especially when it comes down to businesses, who don’t want to own one? But a startup has become a horrid concept in this era. Coming up with a fresh idea, pitching it to countless investors, and still having no progress Of course, no one wants to go through that route and get stuck in the vicious cycle.

Shark Tank India has arrived at the perfect moment with the perfect concept. It has proven that when the pitches are strong, the ideas are fresh, and the dedication is real, attracting an investor is no rocket science. Season 1 had some great pitches; the sharks were more into investments and pitches than the backdrops, and that’s what made this season so popular. It contains every element we were looking for in a series like this.

Is The Shark Tank Series Legitimate Or Just Another Elaborate Drama?

Shark Tank India is a breath of fresh air, but it is now becoming more dramatic than ever. And while we are all for drama, this drama seems a bit too exaggerated. If we wanted to watch drama, we wouldn’t be watching Shark Tank, would we? We have numerous drama shows out there that we would pick if we wanted to watch an emotional series. It seems like the makers have forgotten it in this new season.

The focus appears to have shifted slightly since the start of Season 2. Instead of pitches, the series has brought more emotional stories and a stream of tears. Though its authenticity is not to be questioned, the sudden change is not welcome. There is a steaming pile of accusations thrown at the makers for drifting away from the concept, and no viewer can disagree, it seems.

FOR YOU: TVF Pitchers Season 2 Release Date And Possible Spoilers!

Aside from being accused of becoming a melodramatic series, Shark Tank India is now stuck amid a heated controversy as well. We all know Shark Tank’s infamous shark, Vineeta Singh, has her own leading makeup brand entitled Sugar Cosmetics. So, when two pitchers introduced their Recode brand and delivered strategies that left the entire audience amazed but didn’t receive an investment, everything went downhill for Shark Tank India season 2.

The audience is now blazing with anger and criticising the sharks. All the sharks refused to invest in Recode despite the pitch’s remarkableness. Would the investors not fund the startups that could be direct competitors to them? Is the show designed to favour established bands while overlooking new ideas? Are these sharks here to portray their friendship or help the pitchers grow their businesses? It seems like we would have no answers to these questions since the entire shark team has chosen silence over-explanation.

Even though their decision is highly criticized, their friendship is highly appreciated as well. All the sharks united with Vineeta Singh and stuck by her brand, rejecting the brand that could become a competition for Sugar. If they had chosen a different alternative to showcase their immaculate friendship,

There is no doubt that Indians have loved the show, and Sony will not waste a single minute to renew it for more seasons. As you can see above the ratings were pretty good, so the show is in positive light right now.

Is A Trailer Available For Shark Tank India Season 3?

Since there is no confirmation regarding the third season of Shark Tank India, we have no trailer yet. But we will hopefully get an engrossing trailer along with confirmation soon.

Where To Watch The Shark Tank India Season?

Shark Tank India is an Indian television series that is broadcast on the Sony Television Channel. For us online viewers, it is available on the SonyLiv app.

MUST READ: When To Expect Mukesh Jasoos Season 2 Release Date?

What Is Shark Tank India About?

It is a series that lets pitchers connect with investors and convince them to fund their businesses. If they have successfully convinced the investors and if one of them is ready to back up their pitch then, these pitchers could have their own businesses.

No, it is not cancelled yet.

Will There Be A Shark Tank India Season 3?

It is quite a possibility that there would be a Shark Tank India season 3. There is no confirmation regarding a third season yet but hopefully, it will be as brilliant as the previous seasons and we would get it soon.

How Many Judges Does Shark Tank India Have?

Each season of Shark Tank India has had seven judges so far.

How Many Episodes Does Shark Tank India Season 1 Contain?

How Many Episodes Will Shark Tank India Season 2 Consist Of?

There is no confirmation regarding how many episodes season 2 would contain. But like the previous season, it is speculated that it will consist of more than 30 episodes.

If you are an aspiring entrepreneur and enjoy reality TV series, then Shark Tank India is a great series to enjoy.

Yes, it is available online on the SonyLiv app.