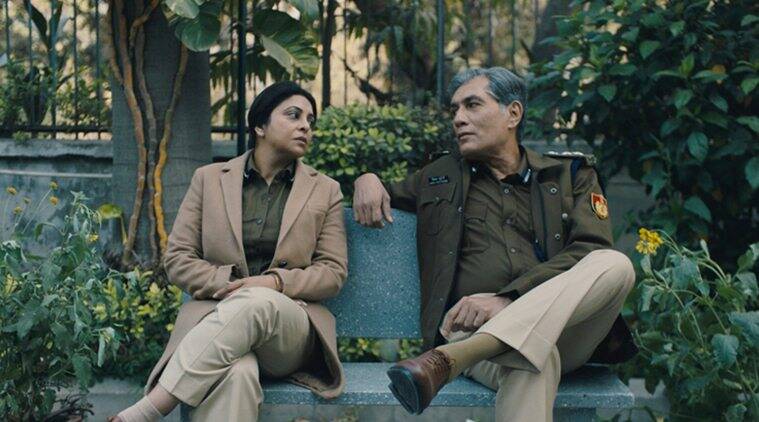 When it comes to Indian shows, there have been a lot of stereotypes in the past, but in the present-day scenario, some of the shows have been doing really great and have been a great competition to world-class shows even. The IMDb ratings of those along with critic comments do speak a lot about those shows and overall, that is mainly because the quality of the audience has changed over time. However, one genre, which can never be completed, be it Indian shows or Hollywood shows is the true story-based show genre. Every time in this particular genre, the directors have done so well and have tried to replicate the lives of eminent figures and important notable incidents with such perfection, that they will leave you with goosebumps.

In the last few years, Bollywood has truly grown a lot, and particularly we have received a lot of shows that have been based on true stories or real-life incidents, however, one big problem that many viewers have faced is that they do not find a proper listing of the top best shows which have been based on real-life incidents and are Indian shows. When it comes to tv shows, there are practically none or very few you can say, and when it comes to web shows, there is a lot at this point that has come out in the last few years, and it’s very difficult to choose the best out of the lost. Along with that another problem is the fact that the shows are available on varied platforms, and are nowhere listed which is available where however that is the place we always come to your aid.

Indian TV Shows Based On A True Story

Down below, we have listed a total of 10 Indian shows which have been adapted as a replica of real-life incidents and have been showered with love from audiences all over the world, and we have also mentioned where this show is currently available for streaming. We are also going to give you a little brief about these shows and help you understand which show is absolutely meant for you and not watching it will be actually your loss.

The first on the list with no doubt had to be this one, the Harshad Mehta scam or the scam of 1992, is not only a normal series based on a true event but is eye-opening for all the audiences out there. The stock market has been depicted beautifully and a lot of misconceptions used to exist about the scam which happened back in 1992 based on market manipulation and stock traders gaining a lot from it and cheating on investors which profited Harshad Mehta quite a lot. Along with them, some big government officials were dragged into the scam and everything has been depicted in a detailed manner.

where to watch: this show is currently available for streaming on the Sony liv platform

ALSO READ: India’s Got Talent Winners List: Who Are These Talented Personalities?

One of the most memorable and drastic incidents in the history of the country was the Mumbai 2008 attacks. This show has received an 8.7 IMDb rating and all over it can be stated as one of the best series on the list. We get a very detailed depiction of how the terrorist organization planned and carried out the attacks and how the Indian forces did their best to tackle those attacks. Some eminent officers stood out and give their everything for the nation and that has been stated in front of us in a very detailed manner. Overall, this show is a must-watch if you are a lover of Indian history and a patriotic person for sure.

Where to watch: this show is currently available for streaming on the amazon prime video platform

Another outstanding series on the list with an 8.5 IMDb rating, Delhi Crime is just beyond words when it comes to the portrayal of the real-life incident that took back in 2012. Mostly all of us out here have heard of the Nirbhaya incident or the 2012 gang rape case which went on for quite a long time. We see some great officers’ characters portrayed beautifully by some great actors who fought the situation with everything and brought out justice for the little girl which was tried very hard to be hidden. This series won many awards not only in India but all over the world and that makes this series very worthy of a watch and proof of how great a series this is.

Many people out there may consider this series to be not based on a true incident but after thorough research, we can conclude that this series was actually based on the 19-year war that Himmat Singh went through to find out that one person who had been after almost all terrorist attacks that took place over time from 2001 parliament attacks to the Kashmir attacks. This series has received an 8.6 IMDb rating and overall, it is surely a great watch.

Where to watch: this show is currently available for streaming on the Disney + Hotstar platform

This series though having a 7.9 IMDb rating which may be less compared to the other series out on this list, surely deserves a place here and that’s because some of the biggest names in the history of the country, such as Vijay Mallya, Nirav Modi, Ramalinga Raju, and Subrata Roy have been portrayed in this series. For all those who don’t know about them, these are all big businesses or scamsters we can say by now, who scammed millions of people off their hard-earned money and then left the country to have a good life for themselves.

By this time we all know what the term phishing means and in 2015 some school kids in Jamtara carried out a phishing attack that grew so huge that ended up gaining the interest of some politicians. The series has received a 7.3 IMDb rating which is also quite impressive and the character of dolly Saha which was shown in this movie was actually inspired by the real-life SP Jaya Roy who was actively working on this incident. Overall, a great watch for all the people out there.

This series with an 8.2 IMDb rating is also an amazing selection for all times of audiences out there. This series is basically directly adapted from Shahnaz Parveen’s story and talks about an incident that happened back when Kashmir was under the jurisdiction of Pakistan, and one of the women out there sided with the Indian army but however was imprisoned as a militant and the struggle went through along with the help of an Indian journalist who was determined to give her justice has been portrayed beautifully in this series.

ALSO READ: Disney+ Hotstar January 2023 Releases That You Should Not Miss!

The Indian national army played a big role in the independence of India, something that almost all of us should know but most of us don’t because of our negligence to the history of our own country. But it is still not late as this series portrays all the real-life incidents that the men and women of the INA had to go through under the leadership of Subhas Chandra Bose while they were struggling and fighting for the independence of this country from the hands of those British oppressors.

Where to watch: this show is currently available for streaming on the amazon prime videos platform

The journey of Vidhur Mehra a very well know CBI officer who gave his all to find out the murderer and bring out justice to one of the national gems Syed Modi. Many of you may have heard the name Syed Modi if you were a tennis fan, he was an Indian legend when it came to tennis however, he was shot dead in Lucknow and had some big names related to the entire incident that happened back then. This series may have received quite a low rating, but still deserves a watch as the event was quite significant and the show portrayed it excellently and realistically.

Where to watch: this show is currently available for streaming on the Zee5 platform.

This series with a 7.7 IMDb rating is something we should all give watch right now. We have all heard of the URI attacks that happened, in the movie as well as from the real-life incident, however, this is a more detailed description of the same incident which has been depicted in a more detailed manner and also portrays all the other surgical strikes that took place after the particular URI incident. This series has got great portrayal and has been one of the top recommendations by many critics out there.

Where to watch: this series is currently available for streaming on the SonyLiv platform.

ALSO READ: 20 Detective Movies In Hindi That Are Way Too Captivating!