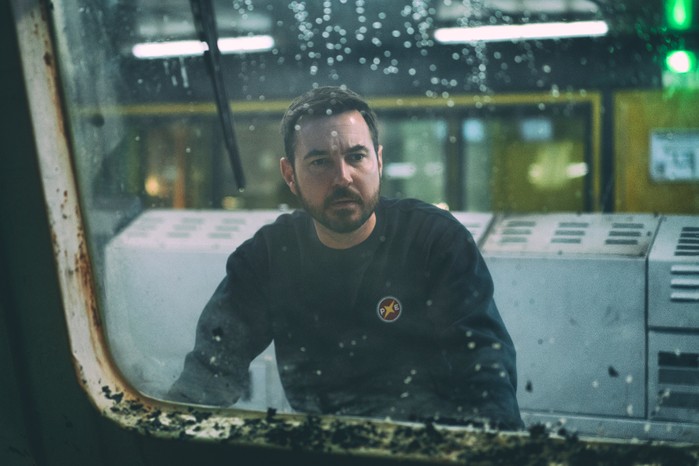 If you are someone who loves supernatural thriller series or movies, then you must watch The Rig. The Rig is a supernatural thriller series written by Matthew Jacobs, Morgan, David Macpherson, and Meg Salter. The series is directed by Alex Holmes and John Strickland and is produced by Suzanne Reid. The creator of the series is David Macpherson. The initial three episodes are directed by John Strickland and the remaining three episodes are directed by Alex Holmes.

The series has a total of six episodes with a running time of 47 – 55 minutes per episode. The entire series is shot in Scotland. 50% of the cast was also Scottish. The expectations of all the fans were high with the series after the release of its trailer. The trailer was very intriguing. But, after the series was released, many thought that the storyline was not up to the mark. The only best thing that will keep you hooked on the series is the acting done by all the cast.

The actors have done a commendable job with the minimum time limit they have got. In a series like The Rig, we can’t expect any of the actors to get extra time to show character development. In the minimal given time, they have done an amazing job. Be it, Magnus playing the old-school boss, Fulmer being a troublesome guy, and Alwyn being the accepting one. The series has got many mixed reviews but we can’t ignore the fact that the plot is something unique. If you haven’t watched the series yet, you should definitely give it a try.

Is The Rig Based On A True Story?

After watching The Rig, fans wanted to know whether the series is based on a true story or not. The answer is No, the series is not based on any true story. The name of the company and the rig is all fictional. The makers have done a commendable job of portraying the entire plot as real. And they have succeeded in their work. The environmental disaster that happened in The Rig is also fictional and is not based on any true event.

It is also known that the cast had actually talked to real-life workers in oil rigs to know more about their work which will help them in portraying the character in a much better way.

At the end of The Rig, the crew boarded the choppers with Coakes but after a while, Coakes very crookedly says that they won’t be heading to their homes and the mainland is also seen getting hit by the tsunami.  The plot of the second season can be the aftermath of all the incidents that happened in the first season. Many were left to die, their fate might also be seen in the second season.

The Rig is about a mysterious fog that changed many lives. Magnus and his crew are in the Kinloch Bravo oil rig. When they were planning to return back to the mainland, a fog hits them which changed many things. Many people started acting as if someone was controlling them. This all started with Baz who had fatal injuries after falling from a great height. But all his wounds got healed and after that, he started behaving strangely.

Baz said that someone is showing him sights and telling him what to do. People started to behave as if they are in some sort of hypnotic spell. They later came to know that the fog was nothing but some millions of years old bacteria who are in search of hosts. They are later named “The Ancestors” by everyone. The question that came to everyone’s mind was why are The Ancestors here? The answer is because of all the harm people caused the environment. There is one dialogue in the series that very well answers this question. The dialogue is – We keep punching holes in the earth, eventually it’s going to punch back.

If the makers decide to make another season of the series, then the cast of the second season will be the same as that of the first season.

As mentioned, many people thought the story was not up to the mark, so the ratings depended on that. You can see from the above statistics, it got an average rating.

There is no confirmation given by the makers about the release of another season of The Rig. The trailer will only be released after any announcement is made by the makers.

The official trailer of The Rig was released on YouTube and Amazon Prime Video on November 29, 2022.

Where To Watch The Rig Season 2 Online?

1. When was The Rig released?

2. Where to watch The Rig online?

You can watch The Rig on Amazon Prime Video.

No, The Rig is not based on a true story.

The Rig is shot in Scotland.

The creator of The Rog is David Macpherson.

6. How many episodes are there in The Rig?

There are six episodes in The Rig.