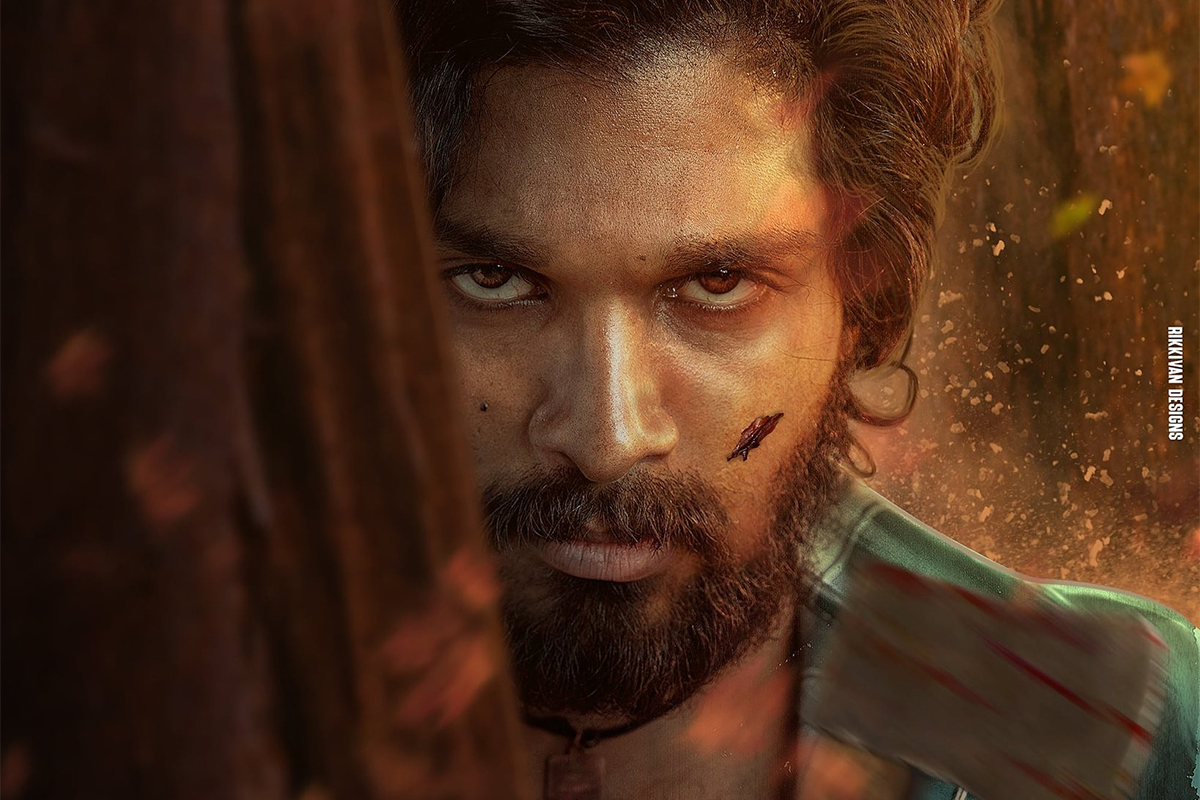 The sequels are always more anticipated, and the cliffhangers and curiosity always get the better of us, right? And for action-drama thrillers like Pushpa, these engrossing cliffhangers become too much to bear. Surpassing the highest engrossers, Pushpa is now one massive hit brought to us by the finest stars. Of course, we all know how much Pushpa: The Rise was loved. The high-running emotions, the stellar storyline, and the powerful dialogues delivered brilliantly have lured us all to the Telugu blockbuster.

The drama-thriller has been one of the most celebrated movies of 2021. Now that it has been over a year and we have no concrete release date, all of us are holding a grudge against the makers, aren’t we? But it seems like the makers have decided to appease us and finally give out an official statement. Here are the updates on the Pushpa 2 release date!

Yes, you read it right. The makers have prolonged our torture and extended the release date furthermore. As cruel as it might sound, it is the unspoken voice of every Pushpa fan. The first part of the movie took us on a thrilling ride through Pushpa aka Allu Arjun’s lifestyle, his manipulative nature, and how smartly he climbed the ladder and sat on the throne of the red sandalwood mafia syndicate.

But Part 1 of Pushpa ended on a rather intriguing cliffhanger that made the wait harder. And since the makers have not yet confirmed a release date, it seems like we have to somehow convince ourselves to wait for more.

The good news is that we do have a tidbit of information regarding the release of Pushpa 2. Pushpa: The Rule is confirmed for a December 2023 release. It is speculated that the makers are gearing up to release Pushpa Part 2 on December 17 or 16 to match up with Part 1’s release. But then, there are rumours regarding Pushpa Part 2’s release date being pushed to March 2024. Hopefully, we will get a concrete release date soon!

Pushpa Part 2: What Has The Director Revealed So Far?

Highlighting the truly heart-wrenching struggle story of Pushpa Raj, Pushpa is one epic film we got to witness. From the corrupt cops to the illegal smugglers to Pushpa’s obsession with proving his worth, we have one fantastic film. The director, Sukumar, has been as excited about the sequel as we all are.

Initially, Sukumar was a bit sceptical over the movie—not because of the storyline or the delivery—but because of his confusion. Now that he is decisive, Sukumar is planning to give Pushpa: The Rule a December release. He had a few scenes shot long before the first movie was released, but with its ginormous success, Sukumar decided to reshoot the entire movie. Sukumar’s desire to reshoot and the seemingly endless pandemic are prolonging our wait.

Pushpa Part 2 Plot: Will The Rule Showcase The Ultimate Downfall?

In the history of Indian cinema, we have never witnessed any criminal being retained; in the end, all of them are stripped of their power mercilessly. With Pushpa being the most loved mafia head, can we expect a different fate for him? Of course, the movie is entitled Pushpa: The Rule; maybe the makers will forego the norms and let him relish his reign for a bit longer.

That would have been the case if we didn’t know where Sukumar got his inspiration from. Pushpa revolves around the life of an ordinary coolie who becomes a member of the Red Sanders before eventually stealing the entire syndicate. But the sequel is going to be more about the reason why Pushpa is so bitter towards the world.

As the director has mentioned, we are about to witness the dark horrors of Pushpa’s past. Maybe his childhood and his rivalry with Bhanwar Singh were the reasons for Pushpa’s downfall. When two men with hulk-sized egos collide, the fight will be highly colourful, or more like stained red, but definitely worth watching. The war was declared open in Part 1; let’s see if it ends with Bhanwar dead or Pushpa tasting defeat.

FOR YOU: What Are The Updates On Baahubali 3 Release Date?

When a sequel is planned, the makers generally stick with the original cast. That is the case in Pushpa’s sequel as well; Sukumar wasn’t planning to add any characters and divert from the story. It is highly unlikely that we will get to witness any other character, but it is definitely a possibility. Even if we get some new faces, they would just be serving as side characters because the main characters wouldn’t be changing at all.

Pushpa Raj, the main lead of the movie, is skillfully portrayed by Allu Arjun. Pushpa was a commoner, someone who had to feed his family and endure the scorn of everyone around him. But then, slowly, he starts to build connections with the syndicate’s head. With Pushpa’s cunning nature, ability to handle the most challenging situations, and obsession to prove himself, he soon becomes the head of the most renowned syndicate—the Red Sanders.

Though Pushpa has dealt with endless enemies, there is only one who managed to chip away at his confidence. Bhanwar Singh Shekhawat, the most corrupt and vile police officer, is brought to us by the insanely talented Fahadh Faasil. He has a knack for bringing Pushpa down and seems to enjoy taunting him about his past. With how Part 1 ended, Bhanwar Singh is arriving in Part 2 with a vengeance.

Rashmika Mandana will be playing Srivalli, a woman who managed to tame the wild beast easily. In the sequel, she’ll be playing Pushpa’s wife. Of course, the other cast members are reprising their roles as well. Kesava, Pushpa’s best friend, is also expected to return and help Pushpa fight Bhanwar Singh.

Pushpa Part 1: Is The Movie Worth Watching?

As the makers promised and Allu Arjun threatened, Pushpa is indeed not a willowy flower. Rather, it is a scorching fire that has burned down the traditional norms. The movie begins by introducing us to a labourer who fights for his dignity. Later, when he comes across the Reddy brothers and starts to keep impressing them with his quick wit, he is transported to the syndicate’s internal team. All’s well until Bhanwar Singh Shekhawat enters Pushpa’s life and disrupts his peace.

Pushpa is a sharp man who can outrun anyone, but his Achilles’ heel is his identity, or more specifically, his surname. When Bhanwar Singh taunts him and indirectly refers to Pushpa as having no “brand,” Pushpa is even more remorseful than before. He only wanted one thing in life—his mother’s smile and dignity back. So, when Shekhawat questions Pushpa’s existence and refers to him as illegitimate, Pushpa’s patience snaps into two.

The movie has every element it takes to be a blockbuster. The interactions between Pushpa and Srivalli are a bit dull, but the romance is steamy nonetheless. The action is on point, the thrill is engrossing, and the actors are superbly talented. The vulnerability that Pushpa tries to conceal with his anger is by far the most gripping part of the movie. Hopefully, The Rule will be better than The Rise.

Unfortunately, there is no trailer available for Pushpa: The Rule yet. It seems like we will have to wait for a few more months since the trailer for Pushpa Part 2 is expected to drop in the final quarter of 2023. Hopefully, it will be as fantastic as the previous one. And maybe we will get to witness another powerful punchline soon!

Pushpa Part 2: Here’s How You Can Watch It

What Is the Title of Pushpa Part 2?

Is The Release Date Confirmed For Pushpa Part 2?

Unfortunately, the release date for Pushpa Part 2 is still shrouded in thick veils.

What Is the Story of Pushpa?

Pushpa is an action drama thriller that depicts the life of sandalwood smuggler Pushpa.

Is Pushpa Part 1 Worth Watching?

If you are keen on watching the lives of smugglers and mob members, then Pushpa is most definitely a great movie to watch.

Where Can I Watch Pushpa Part 1 Online?

Pushpa: The Rise is available for you to stream on multiple online streaming platforms, like Netflix and Amazon Prime Video.

Will Pushpa Part 2 Be Released On Online Streaming Platforms?

Yes, Pushpa: The Rule will be released on the online streaming platform Amazon Prime first in January 2024, and other platforms will get later dates.