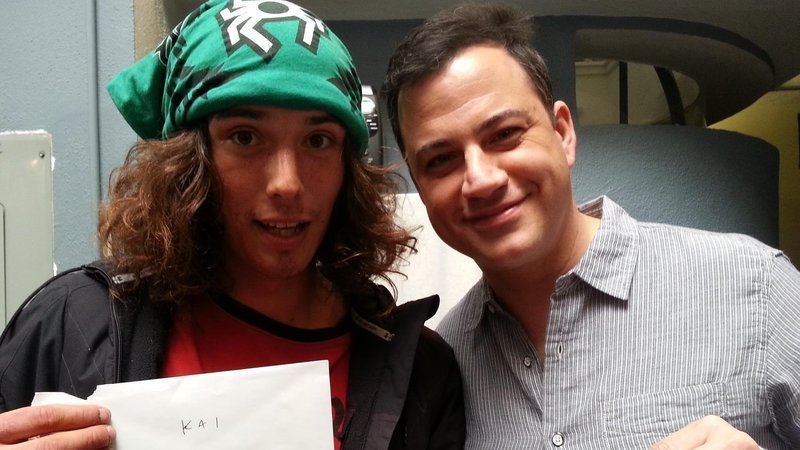 Was Kai Lawrence innocent? Was the court biased in its decision? Kai the Hatchet, a man whose video went viral in 2013 is back on our radar. His story will shock you to the core. If you are still wondering who Kai Lawrence is, then we are here to help you. A brand new crime documentary series is about to roll out on Netflix. The Hatchet Wielding Hitchhiker is set to premiere next week. But before we take you through the details of the true documentary series, let’s quickly brush our eyes through the original back story connected with the upcoming Netflix documentary. It all started with one viral video where Kai Lawrence confessed that he has murdered Joseph Galfy!

Is The Hatchet-Wielding Hitchhiker Based On A True Story?

Yes, the rumors are right, the upcoming Netflix documentary is based on a true story that took the internet by storm in 2013. Kai Lawrence whose original name happens to be Caleb Lawrence McGillvary rose to high fame in 2013, one YouTube video, and his life was changed the next day. Millions watched the viral video and most people supported him, people claimed that he did the right thing but as the investigations began things became extremely messy for Kai. From becoming everyone’s favorite to ending up in jail, Kai Lawrence’s story will truly take you by surprise. In the viral video, Kai confirms the fact that he was hitchhiking and was accompanied by a man named Jett Simmons McBride. He recalled the events which took place, he explained how the man told him that he has once raped a 14-year-old girl.

As the two continue their journey, suddenly something happens and McBride ends up crashing into a pedestrian. Shocked over the whole incident, Kai makes a way out of the car, he initially tries to help the pedestrian but McBride turns into a beast, he remains in his car and enjoys how blood drops out from the pedestrian’s body. Little did the three know that a woman was observing the whole incident, as she hurried to the accident spot, McBride jumped out of his car and ran towards the woman to attack her. Sensing the tense situation, Kai knew the woman was in trouble and if he didn’t do anything McBride might have killed the woman.

Without thinking what could have been the consequences of his act, Kai went ahead and attacked McBride with his hatchet. He took a direct hit at him and smashed the back of his head. In the same video, where Kai explained his self-defense act, he also recalled the fact that the police were informed about the accident. According to his statement, the cops had interrogated him and he had answered everything accurately. He was initially set free but the story was not over yet. The case went beyond one’s imagination and that’s when he lost his fame.

ALSO READ – Is Madoff: The Monster Of Wall Street Based On A True Story? Read To Find Out!

As the police caught the wanted murderer, many shocking truths opened up in the case. The man who was brutally killed by Kai Lawrence was an ordinary citizen of New Jersey, his original name was Joseph Galfy. Kai claimed that he didn’t mean to attack Galfy intentionally, it was just an act of self-defense but the court thinks the other way around. As per his statements, he has been raped by Galfy.

That’s not all, he also said that Galfy has offered drugs to him and in exchange, they have also spent a night at his place. As the cops dug deep into the case, they concluded that the sexual encounter was based on a mutual basis, it was not forced on Kai and hence couldn’t be stated as rape. Kai Lawrence continues to deny the wordings of the cops, he argued that he didn’t find Galfy sexually attractive and it wasn’t a mutual thing as stated by the police department.

Another exciting and interesting documentary series is set to drop out this month. With the start of a new year, Netflix has brought up some really good content to us, one among them happens to be The Hatchet Wielding Hitchhiker, a true crime documentary that has already grabbed our attention. As per the schedule released by Netflix, The Hatchet Wielding Hitchhiker is set to roll out on 10th January 2023. Mark the date on your calendar, as you surely can’t miss binging on this one.

Is The Hatchet-Wielding Hitchhiker Based On A True Story? – FAQs

2. Is Kai Lawrence released from jail?

No, Kai Lawrence is still stuck behind the bars. As per the records, he is sentenced to 57 years of improvement.

3. When will the documentary series, The Hatchet Wielding Hitchhiker roll out?

The Hatchet Wielding Hitchhiker, a true crime documentary series, is set to be released on 10th January 2023.

4. Can you watch The Hatchet Wielding Hitchhiker online?

Yes, you can stream the series online, all the episodes of The Hatchet Wielding Hitchhiker can be viewed on Netflix.

If you watched his viral video, then you already know by now that Kai has been praised by many out there. Initially, people said he was a hero who saved a woman from danger. But few individuals believe the other way around, they claim he is nothing but a liar.

6. Where is Kai Lawrence now?

The young individual, Kai Lawrence is continuing his days in prison.

ALSO READ – Is The Masked Scammer Based On A True Story?