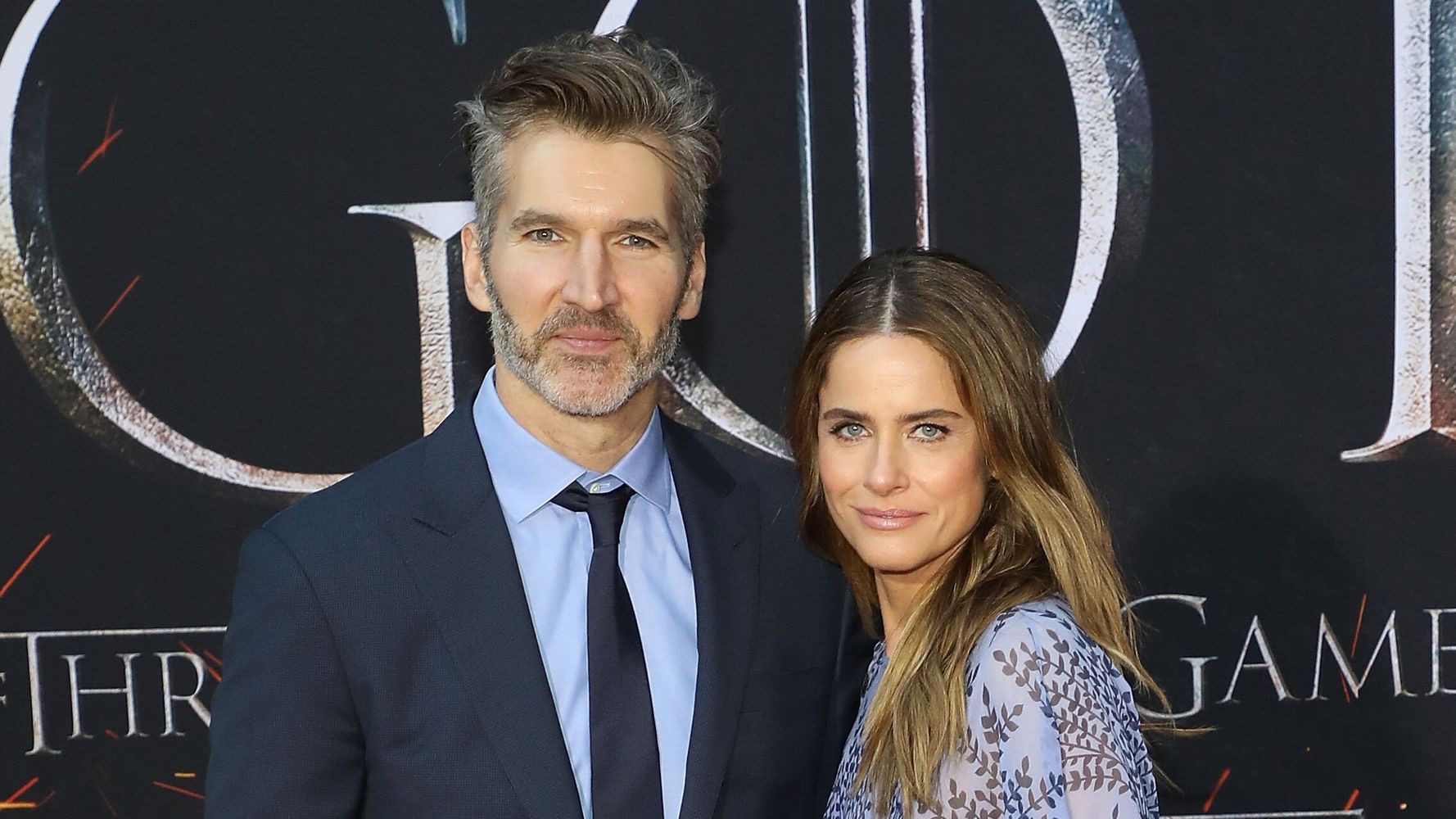 If you have watched The Whole Nine Yards, then you might know about Amanda Peet who played the role of Jill St. Claire in the movie. She worked in several other films and gained lots of recognition and love from her fans. She then started to act in several web shows and also began working as a writer and co-executive producer.

Many rumors about the dating life of Amanda Peet were spread and people were quite curious to know whom the actress is dating. Later, many news went famous and said that Amanda Peet is married. If you want to know more about the actress and her relationships, keep reading.

The couple got married on September 30, 2006, in New York City and are living a good life together. They live with their three children in Manhattan. In many of her interviews, she has mentioned how supportive her husband is. David also while receiving the Emmy Awards in the year 2016, gave all the credit for his success to his wife as it was the couple’s tenth wedding anniversary.

ALSO READ|| Who Is Paul Campbell Partner? Is He Single Or Married?

Who Is Amanda Peet?

Amanda Peet is an American actress who started her work on a very small stage by acting in various small roles on television. Her debut film Animal Room was released in the year 1995. Amanda Peet was born on January 11, 1972, in New York City in the United States. In one of her interviews in the year 2008, Peet mentioned her suffering from postpartum depression and also ADHD (attention deficit hyperactivity disorder).

With films, Amanda has also starred in many short films like Winterlude, Virginity, Zoe Loses It, Date Squad, and Whatever We Do. She has also lent her voice to many characters like Maria Montez in Battle for Terra and Ranger in Quantum Quest: A Cassini Space Odyssey. Peet has also worked in many television shows like The Single Guy, Jack & Jill, Studio 60 on the Sunset Strip, How I Met Your Mother, Who Wants to be a Millionaire? and The Chair.

She started her journey as a co-creator, writer, and executive producer in the TV show named The Chair which was released in the year 2021. She will also be seen in an upcoming miniseries named Fatal Attraction which is based on a 1987 film that was named the same. The web series is scheduled to be released in early 2023. She has been nominated for many awards for her work in many films and shows. She won Independent Spirit Robert Altman Award for her work as Mary in the movie- Please Give which was released in the year 2010.

Who Is David Benioff?

If you’ve watched Game of Thrones, you might have surely heard of the name David Benioff. He is the co-creator and showrunner of the famous show that premiered in the year 2011. The show aired till the year 2019. David is a successful screenwriter, director, producer, and novelist. David was born on September 25, 1970, and is 52 years old now. He was also born in New York City in the United States.

He is the son of Stephen Friedman who is the former head of Goldman Sachs. His career started with him writing The 25th Hour, which was published in the year 2001. His novel was then adapted as a film, for which he worked as a screenwriter. He then published a short story collection book named When the Nines Roll Over. It was released in the year 2004. This book was also adapted as a movie, which was directed and produced by David.

Amanda Peet is an American actress.

3. Who is Amanda Peet’s husband?

4. When did Amanda and David marry?

Amanda and David married each other on September 30, 2006.

5. Who is David Benioff?

David Benioff is a novelist, producer, screenwriter, and director.

6. When was Amanda born?

ALSO READ|| Is Kyler Murray Married? Who Is His Wife?