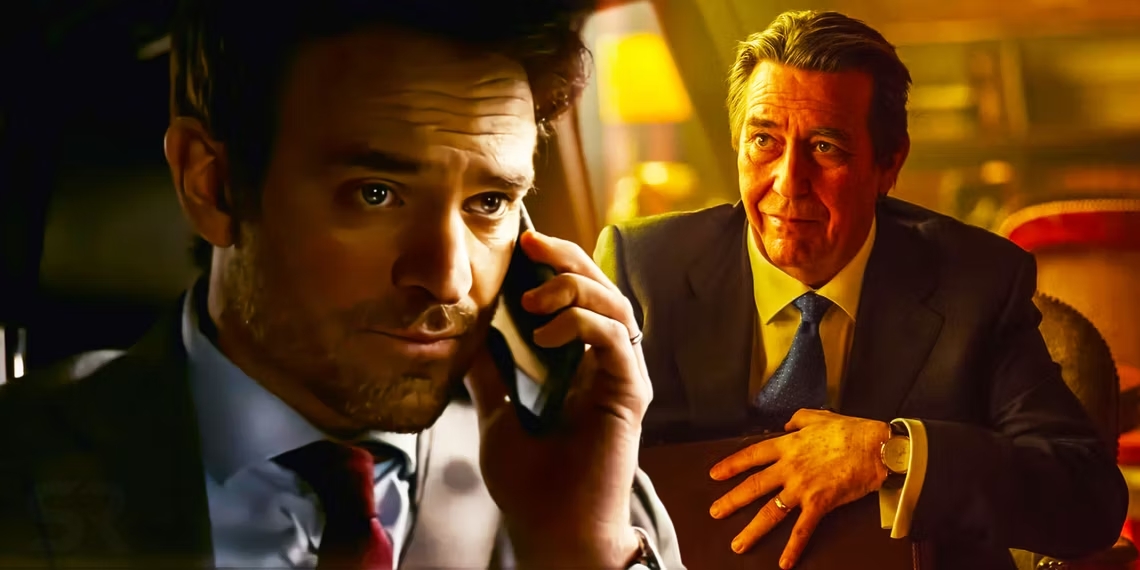 What better way to start the new year than by binge-watching an engrossing mystery thriller? If you are one of those binge-watchers who does not go laser scanning the series and can overlook some dull elements, treason has most definitely manifested for you. This succinct spy drama is brimming with shocking twists and turns that will keep you awaiting the end.

Treason is going to take you on a ride to the CIA, the Russian business world, and the espionage-filled M16. If you are a fan of the police-criminal trope and are into some action-filled drama, do give Treason a try. And if you have already watched this thriller, you must be wondering about the return of season 2. Is it arriving? Or is it canceled? Have the makers revealed anything yet?

It isn’t uncommon for Netflix to keep fans anticipating the series’ updates. Treason is one such Netflix series that has yet to be renewed. But the good news is that the popular streaming series hasn’t been canceled yet. The makers have kept quiet and are keeping the Treason season 2 updates low-key. Hopefully, we will get a confirmation for the new season of this espionage-filled spy thriller soon.

Ever since the trailer for Treason was announced, we were informed that Treason was meant to be a limited series. We got only five episodes of the first season, we cannot second the statement, now could we? But, still, we are kindling hope and hoping for the return of treason. If we get Treason season 2, it will be in 2024. Because the first season took a year to film, we expect Treason season 2 to arrive sometime in 2024.

Treason Season 2: What Could Be The Plot?

Even though Treason’s main lead is Adam Lawrence, it is more inclined toward Kara’s story. Treason begins with Adam, the deputy chief of M16, living a grand life with his picture-perfect family. Everything in his life crumbles to pieces when Sir Martin Angelis, the quirky chief of M16, drops dead. With Angelis dead, Adam has to step up and become the head of M16. Now, how could this be a coincidence? How can someone who looks as sophisticated as Adam not have any secrets?

Adam’s secrets will pave the way for season 2’s storyline. The connection between Adam and Kara, no matter how questionable it is, will play a prominent role if we get a second season. Treason’s first season was a five-episode series that didn’t shed enough light on Adam’s dark past. In this season, we will hopefully get to witness more of Adam than Kara.

Treason’s highlight is its stellar cast, even if the story is somewhat less than compelling. Charlie Cox, the infamous Daredevil, is back with some action. In this spy drama series, he is portraying our mystifying Adam. He is full of secrets and crosses multiple lines to protect them. While doing so, he has to keep his family together which of course wouldn’t be easy given the threats looming over his head. Since he dropped dead in season 1, we won’t be seeing him in season 2.

But Kara Yezov, the woman with selfish intentions and a not-so-hidden spy, is sure to return in season 2. There isn’t only Kara keeping her secrets from the world; we also have Maddy, who competes with Kara in this department. Both of these characters will surely be returning along with Maddy’s kids, Callum and Ella.

FOR YOU: When To Expect The Last Czars Season 2 Release Date?

What do we as spy-thrill lovers want from a series? With an assassin, a looming threat, a thick Russian accent, the three-piece dark suits, some quirky dialogue, and a mind-boggling fight Treason excels on all of these fronts and has become one of the most popular spy thrillers.

If you are planning to watch this series, don’t hope for some mind-blowing mystery because this series doesn’t have any fundamental logistics to offer. It is more of an experiment that did not fail altogether but couldn’t be wholly successful either. The ending isn’t well-defined, but the thrill can keep you rooted. This is an ambivalent series that doesn’t have much to offer its viewers aside from a mysterious past and the impact of that past on Adam’s life 15 years later.

Where To Watch Treason Series?

Treason is a Netflix original series; you could watch it on this streaming platform easily.

Is There A Trailer Available For Treason Season 2?

Right now, there is no trailer available for Treason season 2.

Have The Makers Canceled Treason Season 2?

Is Treason Based On A True Story?

No, Treason isn’t based on a true story; rather, it is a creative manifestation of Matt Charman’s imagination.

Is Treason Season 1 Worth Watching?

If you are into spy thrillers and can overlook some of the ludicrous events, go for it.

When Did Treason Season 1 Come Out?

Treason season 1 was released just a day after Christmas, on December 26, 2022.

MUST READ: Is Treason Based On A True Story?