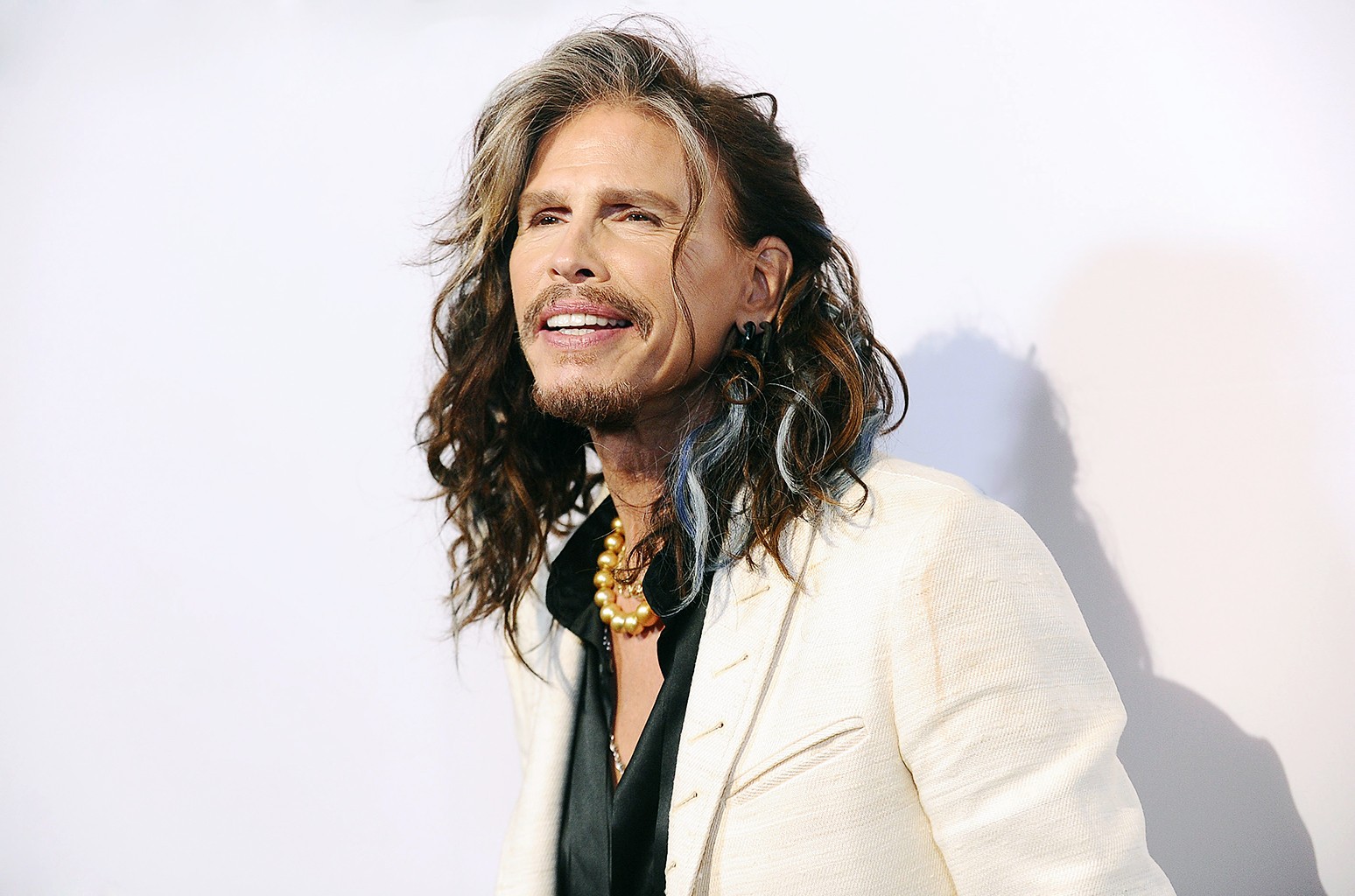 The lead singer of Aerosmiths is quite a complex man. He is known for his upbeat, energetic voice and confident aura. Steven just doesn’t care what anyone thinks of him, and for someone as popular as him, that isn’t an easy task. He grew up in a musical world and has now conquered it wholly. Steven Tyler is literally idolized by rock music lovers.

It is not only because of his popular band, Aerosmith, that Steven Tyler is such a famous celebrity. He has garnered attention for several other reasons as well, some more controversial than others. All his fans have been curious about him ever since Steven made a comeback. Is his net worth increasing? Or perhaps decreased? What is his net worth now?

The rock legend Steven Tyler is the founder and lead singer of a popular band entitled Aerosmith. He has been outspoken about his love for music ever since he started performing on stage. Tyler’s life has been a roller coaster ride, with him always high. He has experienced a rather melodramatic life, with every moment of his life being a scene straight out of a movie.

Not only is this singer well-known for his eclectic voice, but there are various other aspects of his life that demand attention from his fans. Now that Steven is surrounded by so many allegations and rumors, all of his fans are curious about his personal and professional lives. As for Steven Tyler’s net worth, it is still as whooping as always. It is over 150 million dollars and doesn’t seem to face a decline soon. That is if the allegations against him stay just that—false allegations.

READ THIS: Joey Luft Net Worth Is Definitely Dumbfounding!

Tyler began his career at a very young age and started performing at local shows. Since his father, Victor Tallarico, was a classical musician and had an abundant love for pianos, Steven grew up listening to soulful melodies before he ventured into creating them himself. He met Joe Perry and Tom Hamilton at a local show, and the three of them seemed to really hit it off. Their friendship grew further, and the three of them started a band named Aerosmith. The 1970s marked the most fruitful decade for Steven because of all the attention and fame he garnered.

Sadly, this positive attention turned out to be more than he could take and Steven started spiraling toward his downfall soon. All the members of Aerosmith had to put a hold on their careers to tackle some personal issues. Steven’s issues were definitely darker than the others. The band made a grand comeback in the 1990s, and their fame lasted for almost two decades. Eventually, in late 2019, the band split up, and Steven decided to pursue his music career without the help of his team.

Steven hasn’t had it easy, his life has been always challenging him. Even though Steven comes from a stable family with his father, Victor Tallarico, being a famous musician and his mother being a responsible secretary. He also has an older sister, Lynda, who has supported him throughout his life. But when it comes to his married life, Steven hasn’t been as lucky.

Steven’s first official relationship was with Bebe Buell. The duo had an interesting relationship and shared a daughter, Liv Tyler. Surprisingly, Steven did not know about Liv’s existence until she was almost 10 years old. Bebe knew about Steven’s issues and didn’t want her daughter’s life to be hampered by them.

Later, in 1978, Steven married a popular model, Cyrinda Foxe. Their marriage lasted for a decade, but eventually, they called it quits. Their daughter, Mia Tyler, has been very close to Steven even after their separation. In the same year, Steven tied the knot with a fashion designer, Teresa Barrick, and shared two children with her. Chelsea and Taj Monroe, named after Steven’s favorite monument, the Taj Mahal, As much as these relationships were controversial, they were at least official.

MUST READ: Willie Spence Net Worth: How Much This Singer Earned?

Steven Tyler has an interesting personality; he is known for being in the headlines for more reasons than his successful career. One such reason is his expensive hobby of collecting various prestigious cars, even when he doesn’t get to use them most of the time. Also, Steven does a lot of drugs. Though it is not a hobby, Steven is quite popular for this habit.

Aside from these, Steven’s hobbies include being a skincare enthusiast. His daughter, Liv Tyler, has been vocal about her dad’s endless skincare product collection. She claimed that she has learned more about skincare from her father than anyone else.

Steven Tyler’s Recurring Battle With Drugs: Did He Win?

Steven’s downfall began at the end of the 1970s decade, all thanks to his obnoxious drug use. He began using drugs when he was merely 16, and ever since he has become an addict. There wasn’t a single day that he wasn’t high. Steven has mentioned countless times, especially in his memoir, that he doesn’t remember being sober.

When Steven was asked about his reason for drug use, he mentioned that the pressure became a burden for him. With fame comes great responsibilities, and these responsibilities drove him towards drug use. After a while, Steven was so submerged in drugs that he couldn’t be without them for even a day. This drug addiction didn’t only cause him to lose the better years of his life; it also made him do something irrevocable.

FOR YOU: King Von Net Worth: Also Have A Look At His Personal Life!

That irrevocable deed has now become a subject of controversy. A woman named Julia Holcomb has come out and filed a lawsuit against Steven Tyler. She has accused him of assault, forcing an abortion, and causing her emotional distress purposefully. When her allegations came to light, Steven’s memoir was scanned deeply, and there was something in it that shook Steven’s fans.

Julia was a minor, just 16 when Steven asked her parents to sign her custody over to him. What’s worse? They did sign Julia off to him without a second thought. At 25, Steven was a legal adult, and thus, he was granted Julia’s custody easily. Julia has accused Steven of purposefully forcing her into abortion by threatening her with financial disownment.

Steven forcing Julia out was the final straw in their relationship; after that, Stevan returned Julia’s custody to her parents, and both seemed to move on. Julia mentioned Steven’s addiction in the lawsuit and claimed that he was high as a kite in the last moments of their relationship. Steven has mentioned Julia, without directly using her name, in his memoir and expressed deep guilt for what he did to her. But it seems like Julia is holding onto the grudge even now, and rightfully so.

One more reason why Steven Tyler has been the hot topic for gossipers is his abundant health issues. After his drug use became public news, Steven’s fans were rightfully concerned about his health, which was already suffering. The enigmatic singer has been battling not only drugs but also Hepatitis C, even though it was asymptomatic.

Steven had to undergo throat surgery in the early 2000s and had to take a long break from the music industry. He went on to take chemotherapy and was hospitalized for a long time. But thankfully, the singer bounced back and took his place back as the lead singer of Aerosmith.

A while later, everything went downhill again, and Steven started experiencing severe foot deformities. He had to undergo special surgery for it, and even then, his pain didn’t completely go away. Recently, Steven mentioned that his foot ache will never be completely gone, and he is likely to live with it forever. Aside from that, Steven isn’t suffering from any health issues now.

MUST READ: Kodak Black Net Worth: How Much This Zeze Singer Earns?

Where Is Steven Tyler Now?

Now that the lawsuit against Steven has garnered so much attention, his whereabouts have been a hot topic. And we cannot forego his nine rehab trips. Steven’s last rehab trip was more controversial than the others because of his dwindling fame.

As of now, Steven is tucked safely in the comfort of his home, probably going over ways to win the lawsuit. Though Steven has been upfront about his views on the lawsuit, we all know he is equally nervous as well. There have been no official reports about Steven’s whereabouts, but as per his recent social media posts, we know that Steven is currently at his place with his family.

What Is Steven Tyler’s Net Worth?

Steven Tyler’s net worth is estimated to be around 150 million dollars.

How Old Is Steven Tyler?

Currently, Steven Tyler is not married. Instead, he is dating his assistant, Aimee Preston.

Are The Allegations Against Steven Tyler True?

Yes, the allegations that Steven Tyler forced Julia Holcomb into an unwanted abortion are true.

Is Steven Tyler Still On Drugs?

Recently, Steven came out of rehab and seems to be off drugs now.

Did Steven Tyler’s Name Get Mentioned In The Lawsuit?

Yes, Steven’s name is the main subject of the lawsuit.

MOST RECOMMENDED: R Kelly’s Net Worth: Has The Allegations Against Him Dwindled His Fame?