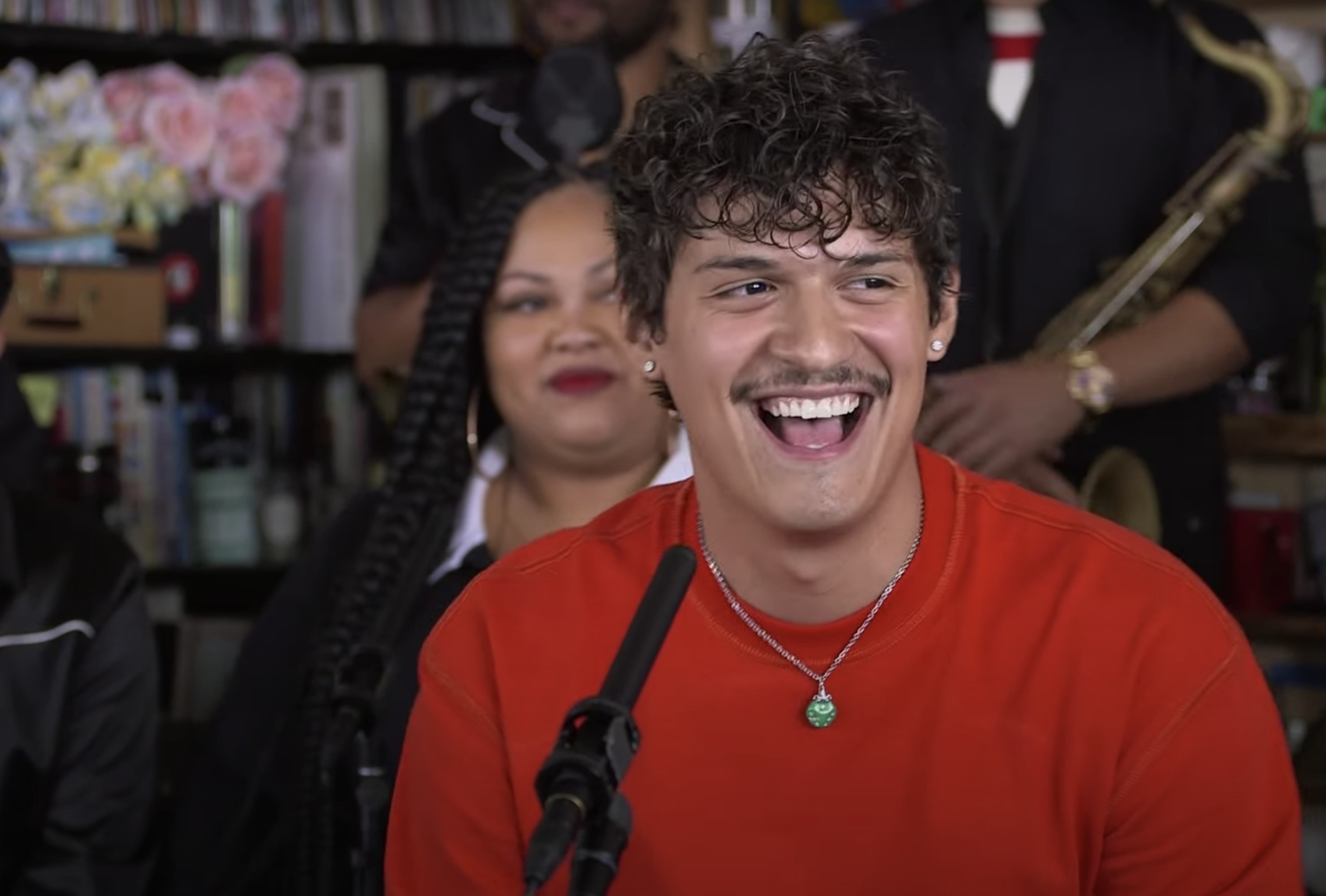 Metacritic gave his debut album a rating of 79% while 97% of google users seemed to have liked the song. Furthermore, NME (New Musical Express) gave his album a rating of 4/5. Multiple people expressed the fact that the album further expands the room of R&B to traverse genres with dimension and control.

His album even earned him a nomination for the Grammy Award for Best New Artist at the 65th Annual Grammy Awards. Omar is capable of making and singing in English and Spanish.

Yes, Omar Apollo is gay and he confirmed it himself. Omar began releasing music in the year 2017 and since then has been accused of queerbaiting (a marketing strategy that is usually seen in the entertainment industry in which creators purposefully hint at the fact that they belong to the LGBTQ+ community for more fame, reach, and support).

On the 28th of November, one of his fans tweeted the possibility of Omar being a queerbaiting singer who wears crop tops and nail paints without actually revealing their gender and just to entertain rumors and then comment that he finds another male singer hot because of his song or something sort of that.

Omar retweeted his comment confirming the fact that he is gay but the thing that made it all the more awesome and funnier was the way he did it. He retweeted his fans’ tweet and commented “no I’m sucking dick fr” lol like seriously that is what he did and then just to make sure he posted another tweet that said, “from the back 💯”. He made sure people understood he was gay fr.

He furthermore, stated that I am openly gay and denied allegations of him being queerbaiting singer by saying that he does not go by the phrase “It is not a choice, it is just what I am” rather he says he is well aware of the privileges the people belonging to the LGBTQ+ community has at this point of time to be themselves and even have a career.

The reason why these allegations came up in the first place was what he expressed in his songs. The LGBTQ+ community has resonated with his music on more than just one occasion, especially in songs like “Bi Fren” and “Kamikaze”. Omar was never secretive and thus openly sang about queerness, fluidity, and even about falling in love with men.

Initially, he denied having a label on his sexuality and stated that what he identifies as is literally nobody’s business. After he revealed his sexuality publicly without any regrets and of course because of the dope way he did it he became viral, especially his song “Evergreen” did.

The song went by like “He don’t love me no more. Evergreen, he tears me to pieces. He doesn’t even have to try. She doesn’t know you like me. She could never love you more. More than me”.

MUST READ || Is Marc Anthony Gay? Is He Married?

Omar Apollo was born to Mexican parents who lived in Guadalajara before immigrating to the US. He has three older siblings alongside whom he grew up in Hobart, Indiana as a child. To support a family with four children his parents worked multiple jobs.

Omar danced Ballet Folklorico (it is a term used for traditional cultural dances that emphasize local folk culture with ballet characteristics) as a child and was a part of his church’s choir. Omar’s parents bought him a guitar at his request at the age of 12 the guitar he bought was an electric guitar without an amplifier so, he went ahead and traded it in a pawn shop to get himself an acoustic guitar.

He then began learning how to play it by watching and imitating YouTube videos after which he was taught by his uncle and began playing it at the church.

How Did Omar Apollo Get Famous?

He got famous because of his posting tracks online. Some of his tracks like “{}[]” and “Brakelights” went viral.

How Did Omar Apollo Learn to sing?

Omar Apollo is a self-taught singer who learned music by watching YouTube videos.

What Did Omar Apollo Do Before Becoming A Singer?

He used to work at a Guitar Center and even at McDonald’s before getting famous for music.

What Is Omar Apollo’s Ethnicity?

Omar Apollo is a Mexican.

How Old Is Omar Apollo?

How Much Is Omar Apollo’s Net Worth?

Omar Apollo’s net worth is estimated to be around $2 million.

MUST READ || Is Billy Porter Gay? What Did He Reveal?