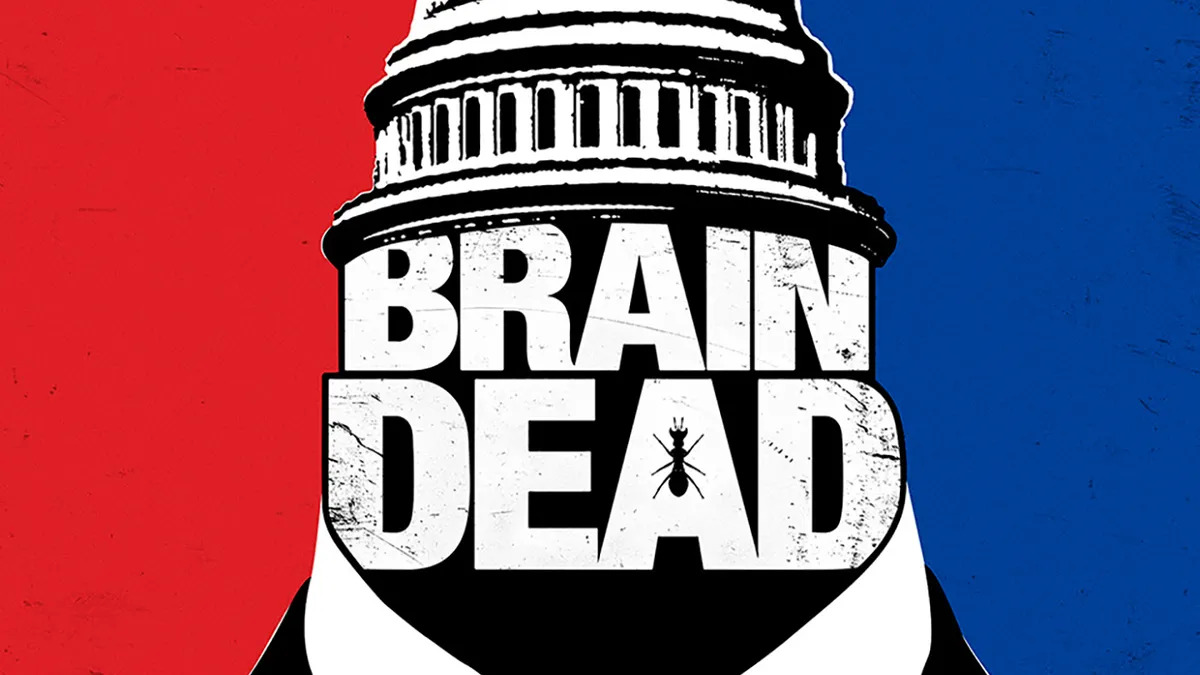 BrainDead is a political satire science fiction comedy-drama television series that premiered on the 13th of June 2016. It has 13 episodes with an average runtime of 43 to 44 minutes. Since the movie genre is kinda unique and that does bring a lot of attention and plot to it.

The cast that held on the show did an amazing job and they portrayed humor in a way that did not go over the top or turn out goofy or uncomfortable for viewers. It just did not have humor it had dreadful situations too which were portrayed well alongside the plotline.

The series even though was appreciated by its viewers was canceled right after the first season completely aired. It was stated that the reason for the cancellation was low ratings. I absolutely am clueless about why it has a low rating as it is extremely humorous (in a positive way) for a political series.

The series even had a four-season arc that would deal with the bugs and the invasion in Wall Street, Silicon Valley, and Hollywood but worse came to worse and the show was called off by CBS. Either way, the conclusion remains the same the series “BrainDead” is not going to have a second season.

Viewers expressed themselves by saying that the show was under-appreciated and had to die a short death because of that. Other than the fantastic actors it also had good theme music and ever-weird horror gimmicks.

As already mentioned the cast of the series was fantastic and it would have been a real pleasure to be able to witness them again in the second season of the series but, alas.

The main characters of the series were Mary Elizabeth Winstead the one who played the role of Laurel Healy who is a documentary filmmaker who takes on a job as a constituency caseworker and gets tangled in the bug conspiracy, Danny Pino the one playing the role of U. S. senator Luke Healy Laurel’s brother who takes on Laurel as a constituency caseworker.

Then we have Tony Shalhoub playing the role of U. S. Senator Raymond Wheatus a Republican Senator who is amongst the first who got their brains eaten by the aliens, Aaron Tveit the one playing the role of Gareth Ritter a staffer who befriend Laurel, Nikki M. James the one who plays the role of Dr. Rochelle Daudier a doctor who is friends with Laurel and Gustav and also helps them with uncovering the bug conspiracy.

There are many more characters that influence the storyline of the series but the ones that play the most important roles are mentioned above.

Since there is not going to be another season for the said series it is better to not predict the story for it.

The story is set in the Capitol in Washington, D.C. As the main lead, we have Laurel Healy actually a documentary filmmaker who is currently working as a constituency caseworker at her brother’s request so as to earn money for her next film.

While doing so she comes across a lot of weird facts about aliens invading the nation and eating up people’s brains and replacing it in the process. The victims who had their brains eaten even makes their heads explode in some cases.

The story flows along with them Laurel and the people she befriends trying to uncover the truth while dealing with it in a humorous manner while helping the political system of congress stand.

Where To Watch BrainDead Season 2 Online?

Since there won’t be a second season we can only indulge ourselves in watching the first and you can watch it online on Prime Video or Paramount Plus.

The show got 8.0 ratings out of 10. Check the analytical images below:

Yes, BrainDead was canceled by CBS right after its first season.

Yes, despite having a lot of stuff going on in there it has good humor that is not far-fetched.

Well yes again. It is underrated and that is one of the reasons that got the renewal of the series was canceled.

Is BrainDead Available On Prime?

Yes, BrainDead is available on Amazon Prime and even on Amazon Instant Video.

How Many Episodes Are There In BrainDead?

The series has a total of 13 episodes.

Is BrainDead Available On Netflix?

Yes, you can rent BrainDead on DVD and Blu-ray- DVD Netflix.