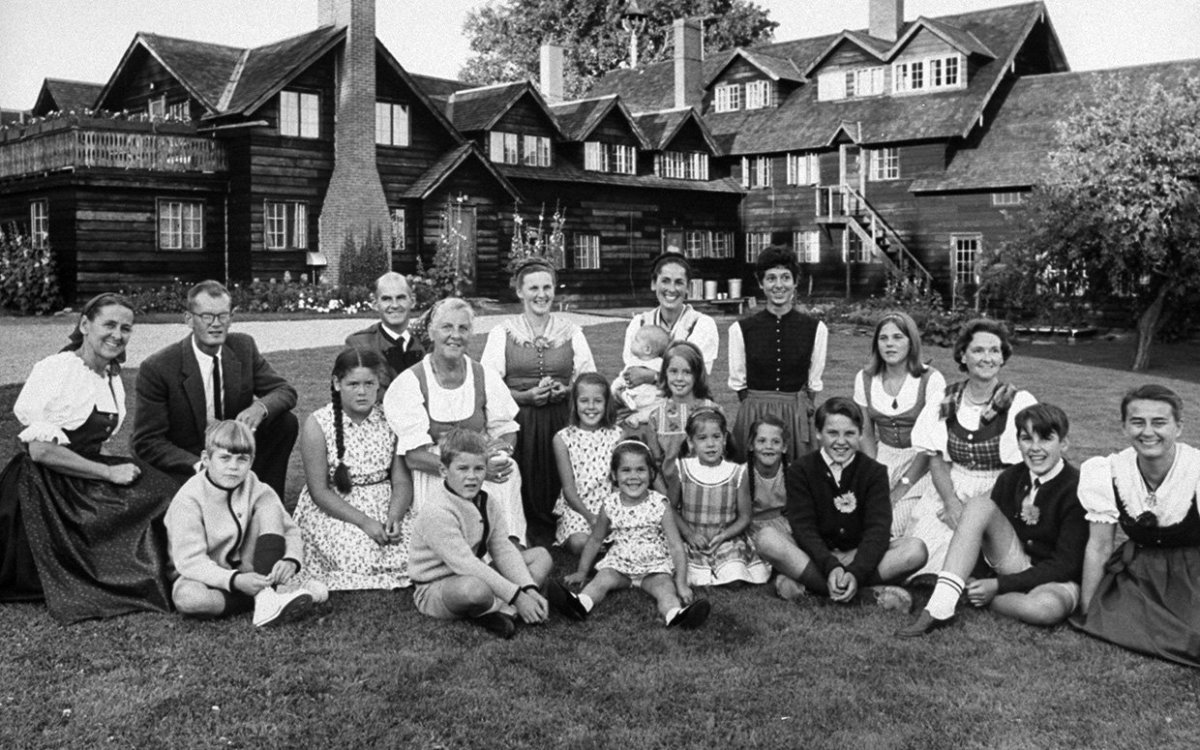 Ever thought about what could have happened to the iconic Von Trapp Family? The audience is very much interested to learn more about the Von Trapp family. If you don’t know the history of the Von Trapp Family, then we are pretty sure you haven’t binged on the iconic movie of all time, one of the best musical movies out there, none other than, The Sound of Music. This movie depicts the tale of this family, how they emerged and what exactly happened to them! This family existed during World War II! The movie revolves around Maria, the woman who became the governess for Georg Von Trapp’s seven children. But before we tell you more about Maria, let’s quickly go through the history of the Von Trapp Family.

What Happened To The Von Trapp Family?

It all started again with the live broadcast of The Sound of Music! We revisited the epic story of the Von Trapp family. But before we give you more details on the movie, let’s quickly address the main question out there. In the movie, we saw the family decide to run away to the Swiss Alps, but the reality is a bit from the story we witnessed. As per various sources out there, around the year 1938, precisely the summer season, the family decided to shift from Austria to Italy. With their visitor visas, they started their musical tour in New York, particularly Pennsylvania.

Some articles also say that few members of the family even tried to get US citizenship! They particularly applied for the same in 1944. Three years later Georg passed away. Sources say he was suffering from lung cancer. He is particularly buried in the Trapp Family Lodge cemetery. After a prolonged gap of thirty years, Maria passed away. As per our studies, she was buried in the same cemetery.

As per our inner sources, only Johannes Von Trapp is seen as a living member of the family.  Rosemarie Trapp, the last surviving daughter of the iconic family passed away this year! It was unfortunate news for all of us. She died on 13th May 2022. She took her last breath at the nursing home in Morrisville, Vermont. She died at the age of 93. As per our inner sources, till the 1950s and 1960s, the Trapp family was very much into the music world. But after the death of Georg Von Trapp, the family shattered apart, they lost their grip on the musical world.

ALSO READ – Is One Direction Still Together? What Happened & Where are They Now?

Yes, Maria joined the von Trapp family in 1926 but she didn’t join them as a governess. In the movie, we saw that she was appointed as a governess for all seven children but in reality, she was appointed as a tutor for only one of them, precisely the one who was suffering from scarlet fever. Again, the couple tied the wedding knot in 1927. If you calculate, then you will see that they got married 11 years before the family left for Austria. But in the movie, we saw the couple get married just before the Nazi takeover. Again the couple didn’t share a romantic bond! This has been revealed by Maria herself, if you have read her autobiography, then you must have noticed her wordings where she accepted the fact that she was not in love with Georg.

She loved the children a lot and that is the sole reason why she agreed to marry Georg. Again, the Von Trapp family had a total of ten children, not seven. Sources also say that the family always had a strong interest in music. It’s just that after Maria became a part of their family, they initially started seeing music as a profession. She was the one who taught them to sing madrigals. Last but not the least, in reality, Georg was never seen as a rude or harsh man, rather he was exactly the opposite of what we saw in the movie. He was originally seen as a gentle and warm-hearted human being, he was a fun-loving father to his kids. He even took part in many musical activities with his kids.

How Many Children Did Maria Have With Georg?

Georg Von Trapp already had seven children, but then he married Maria and the count became ten! Yes, Maria shared three kids with Georg Von Trapp. was the man in question. Johannes, Rosemarie, and Eleonore are Maria’s children from Georg. Many people say that in real life, Maria had a very peculiar personality. She was seen as a dramatic and problematic woman, who has excessive insecurity issues. The statement has been confirmed indirectly by Robert Wise. We hope you all remember the director of The Sound of Music! In one of his exclusive interviews, he said that Maria initially wanted to act as an adviser in the movie but he didn’t want to entertain her. According to his statements, she was pretty bossy and he didn’t like the way she behaved with him.

What Happened To The Von Trapp Family – FAQs

1. Has everyone died from the Von Trapp family?

One among the Von Trapp family is still alive. Sadly, the only surviving daughter of the family has passed away this year.

2. How did Maria Von Trapp die?

3. Is anyone alive from the Von Trapp Family?

As per our studies, Johannes Von Trapp is the only surviving member of the family.

4. Is the Lodge still under the Von Trapp family?

Yes, the family still owns the Lodge, it is still operated by them.

Maria initially joined the convent, she wanted to continue as a nun but then she accepted Georg’s proposal.

The movie showed us a cruel version of Georg, in reality, he was a great father to his kids.