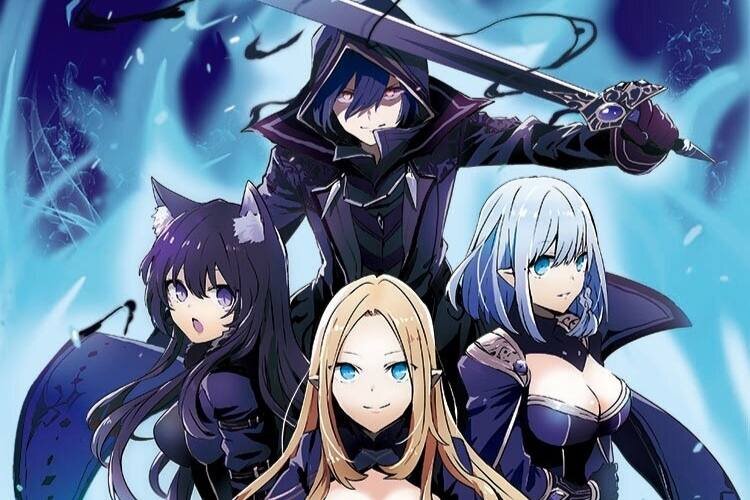 We all have a dream that makes us lose our hold on sanity, don’t we? This dream keeps us awake at night and runs through our minds on a loop throughout the day. This is a story about one such boy who has dared to dream about being a shadow mastermind. His circumstances pose a dangerous threat, and the outcome could be his ultimate downfall. It is beautifully written by Daisuke Aizawa and artistically brought to us by Kazuya Nakanishi.

With twelve episodes making headlines, the thirteenth one has been the most anticipated one. A bright world of fantasy, a dark chamber of torture, and a boy struck on the threshold of reality and imagination. Cid, our main protagonist, has been forced to deal with situations that push his boundaries time and time again. Now, with the thirteenth episode of this series, the anticipation is running twice as high.

We all fantasize about becoming superheroes, don’t we? Ever since we start reading about magical powers, glittery wands, or bright costumes and masks, our interest is automatically drawn. But in this series, we get to meet Cid, someone who wants to stay in the shadows. Well, not the most fascinating dream, right? But if you look closely, his aspiration to manipulate and control people will surely lure you in.

The series began in early October 2022 and ever since we have been getting an episode weakly. The twelfth episode was released on December 21, 2022. And episode 13 of The Eminence in Shadow is sure to air on December 28, 2022. Hopefully, it will be more enlightening and interesting than the previous ones.

READ THIS: What Are The Speculations For Lookism Season 2 Release Date?

The Eminence In Shadow Episode 13: Here Are The Plot Details

Competing against the most popular animes like Spy x Family and My Hero Academia is not a piece of cake. If The Eminence in Shadow has become such a well-recognized anime, it surely has an amazing story to deliver to us. This story is about Cid, a boy who is drawn to chaos and enjoys defeating people. He began his journey as Kagenou, a simple man who lurked in the shadows, keeping an eye on people and sneaking up on them when they were least expecting it. Now, after twelve episodes, Cid has grown into so much more.

He is hit by a truck and collapses on the spot, and even though he is dead, another thrilling life awaits him. When he wakes up in an alternate universe where he creates an imaginary team of superheroes out to defeat a demonic cult, In this episode, we expect Cid to fight off more enemies and try to demolish the evil cult. After he defeated Aurora, Cid wasn’t exactly appeased; he wanted more thrills and action. In this episode, we expect him to satisfy his cravings and deliver an action-filled, dramatic episode.

The Eminence In Shadow: Cast Details

Cid is the son of a noble family with aspirations to become the savior of the world. He is voiced by Adam Gibbs in the English dubbed version and Seiichiro Yamashita in Japanese. He is the Shadow Garden’s leader, but he is blissfully unaware of it. At the same time, he is striving to take down the Cult of Diabolos.

Cid’s older sister, Claire Kagenou, is a bit aggressive on the outside. But when you dive deep and feel her concern for Cid, she’ll melt your heart. Claire is portrayed by Luci Christian in English and Rina Hidaka in Japanese. Other major characters in this anime are Alpha, Beta, Gamma, Epsilon, Zeta, Eta, and Nu, who are the seven pillars of Shadow Garden. And you’re right, their names come from the Greek alphabet, and these characters definitely justify their names.

FOR YOU: When To Expect Katsugeki Touken Ranbu Season 2 Release Date?

Is the Anime The Eminence in Shadow Adapted?

Yes, this anime is adapted from a light novel series of the same name.

How Many Episodes Will The Eminence In Shadow Anime Have?

The Eminence In Shadow is a twenty-episode anime, with each episode being released every Wednesday.

Will The Eminence In Shadow Anime Have A Season 2?

Right now, there are no such plans disclosed by the creators.

Where To Watch The Eminence In Shadow Anime?

There are multiple streaming services like Netflix, Amazon Prime, and Disney+ that are hosting this anime for online viewers.

Is The Eminence In Shadow Anime Available Only In Japanese?

No, it is available in an English dub as well.

Is There A Trailer Available For The Eminence In Shadow Episode 13?

There is no such trailer available right now.

RECOMMENDED: Here Are The Details Of the Toradora Season 2 Release Date!