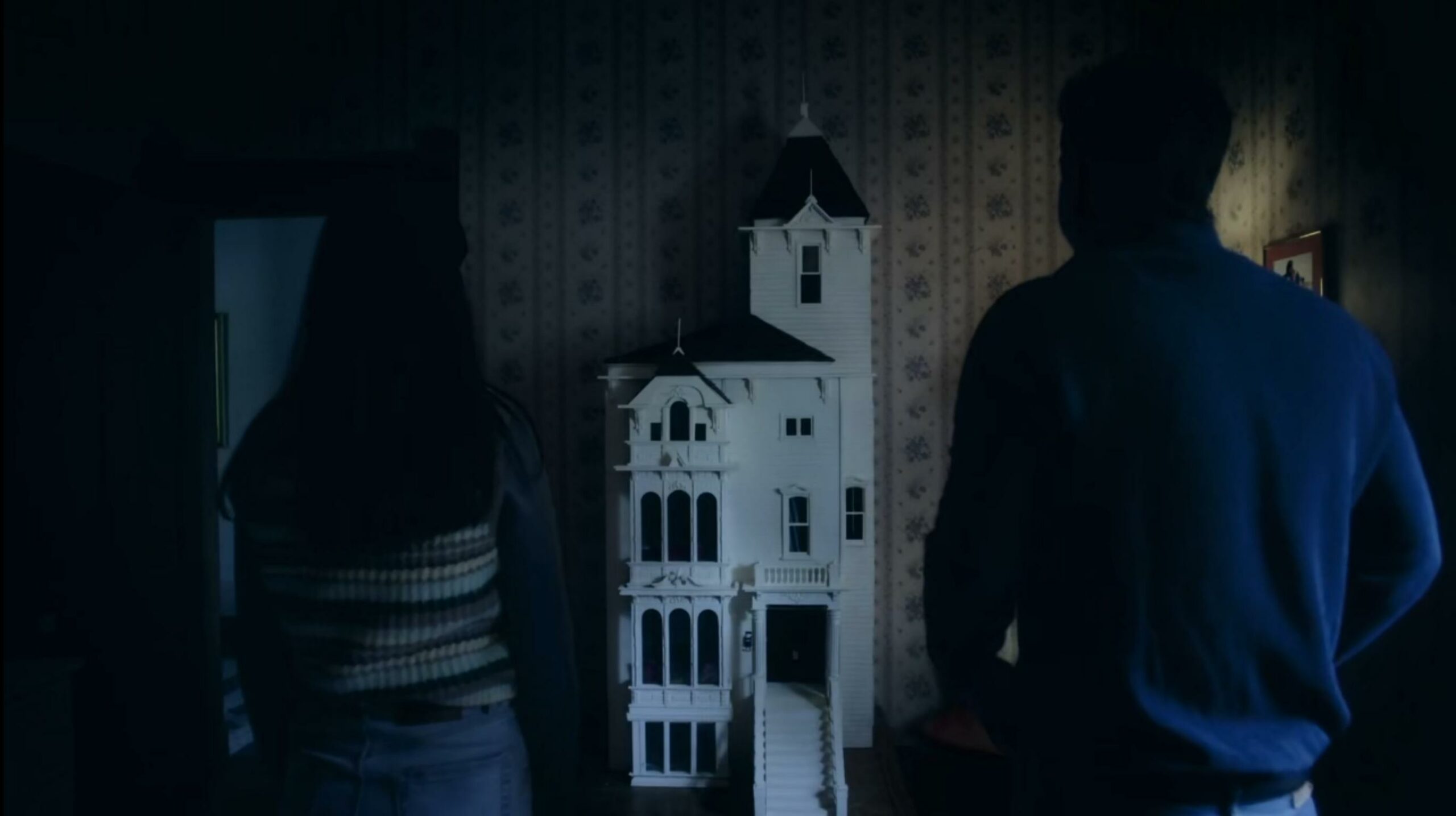 Have you been to any sleepovers with your friends or cousins? If you have been then you know that you won’t be sleeping that night, There will be someone who is a great fan of horror movies and also force you all to watch a horrifying movie or a series the whole night. Well, today in this article we kind have one such series for you to watch at the night. If you are weak-hearted you better skip this sleepover!… Just kidding,  Today in this article we will look into Episode 1 of ‘The Haunted Museum’ series named ‘Dollhouse of the Damned’ and is it based on a true story’?

Is Dollhouse Of The Damned Based On A Real Story?

Before knowing about ‘Dollhouse of the Damned’ let us know some more about ‘The Haunted Museum’ series. It is a horror series that stars Zak Bagans who is one of the most popular paranormal investigators. The series shows a terrifying film anthology that is inspired by the Zak Begins paranormal collection. It has the direction of filmmaker Eli Roth. The first episode of the series was released on 2nd October 2021 on the discovery plus network and managed to get a good response from the audience. You can also watch all 10 episodes on Amazon Prime Videos.

The spooky terrifying adventure of the episode looks so realistic and horrifying but actually, the whole episode is just a fictional world created by the genesis of Zak Bagans and Eli Roth, yes! It is not based on a real-life story but has some elements of real-life paranormalities thanks to Zak Bagans.

The Story of Dollhouse Of The Damned

The 1st episode of the series had a lot of expectations and it managed to deliver more than expected. – ‘Dollhouse of the Damned’ was released on October 31, 2022, it was directed and written by Justin Harding. The episode featured the family of Monty. Monty is a very humble layman who lives an unlucky life. His wife was not alive, and he continuously feels depressed whenever he thinks of her. But he does not forget his duties as a father of a juvenile daughter Ava and a younger son Oscar. Her name is Ava. In order to make up for his daughter, he gifts his daughter a pretty-looking dollhouse as a birthday present but his daughter immediately rejects it.  You might have guessed by now, the very doll he bought will haunt his whole family in the future.

Ava has been in the role of a mother to Oscar. Because their mother Kristin, died when she gave birth to Oscar. For some reason, Ava was not interested in celebrating her birthday but still at last accepted the gift from her father. The story starts getting spooky when Monty writes figurines that reassembled their family members. Later Ava gets freaked out when she noticed that the figures were moving all around the house, they even changed their expressions, and the figure which gave the spookiest look reassembled her dead Mother! The story takes creepy turns as the doll haunts the house and endangers the lives of children, what will happen next? Will Monty be able to protect his children and himself? Watch the series to find out.

Who Is Zak Bagans?

Zachary Bagans is a popular American paranormal investigator, television personality, actor, producer, museum supervisor, and also an author. He was born on 5th April 1977 in Washington D.C. to a middle-class family. One of his notable claims is his alleged communication with dead actor David Strickland of NBC’s Suddenly Susan. He committed suicide in 1999. Bagans claimed that he have recorded Strickland’s voice nearly a decade after his death. He has created two documentaries Ghost Adventures (2004) and Demon House (2018). Besides this, he has also appeared in many television shows including Paranormal Challenge (2011), Paranormal Paparazzi (2012), Nightline (2012), Ghost Adventures: Aftershocks (2014–2016), The Late Show with James Corden (2015).

Should You Watch Dollhouse Of The Damned?

If you love watching horror movies or are interested in paranormal activities then you should mark this series as a must-watch because the making and the presentation of the series will not disappoint you for sure.

Dollhouse Of The Damned Ratings and reviews

It has a rating of 6.9 on IMDB and for more depth analysis regarding the reviews and ratings, have a look at these images.

Dollhouse Of The Damned: FAQs

1. Is Dollhouse Of The Damned having any reality?

The entire story is not based on a true story but has some real elements.

2. How many episodes does Dollhouse Of The Damned has?

The exact number of episodes is not known but now only one episode has been released.

3. Is Dollhouse Of The Damned a horror series?

Yes, most of the elements shown in the series are a horror.

5. When was the first episode of Dollhouse Of The Damned released?

MUST READ: Why Aren’t We Getting Gotham Season 6 Release Date?