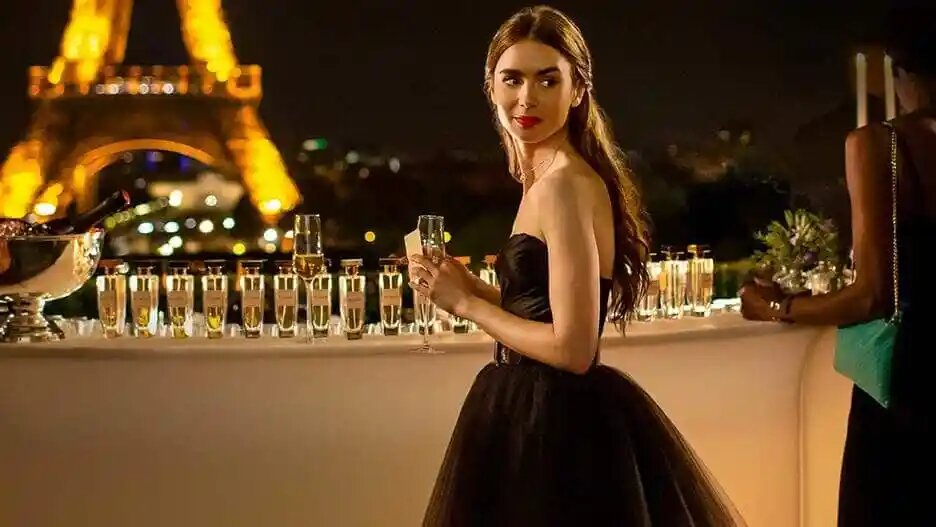 A vacation in Paris is everyone’s dream, isn’t it? The golden lights that make the Eiffel Tower shimmer, that posh French accent, and the lightheartedness can lure anyone towards it. A few days in such a happening city seems like heaven but when you have to leave your entire life behind and settle there? Here, everything gets twisted!

Emily Cooper, a young American marketing agent, is one such person who loves the idea of a vacation but loathes the prospect of leaving her life behind. But when nothing works in her favor, she has no option but to become a Parisian. With two blockbuster seasons already being adored by the viewers and one on its way, how can we not wonder about the fourth season?

Emily is definitely coming back for season 4! When the second season of Emily In Paris became a huge hit, the makers decided to share the success of Emily with the world. In fact, it was great news! Emily was renewed for two consecutive seasons. The third season is set to release on December 21, 2022. But the release date of the fourth season is not yet approved.

The entire Emily series has been a Christmas present to us. With the fourth season already approved, we can expect it to drop in late 2023. Just like its previous seasons, the fourth season will surely be an epic hit as well. How could it not? With the series having all its elements blended perfectly, this season is bound to be another hit.

RECOMMENDED: Man Vs Bee Season 2 Everything you need to know About The Show

What Could Be the Plot of Emily in Paris Season 4?

Now, this depends on what we see in Season 3. The second season of Emily ended on a rather intriguing cliffhanger. Emily is more like a teenage girl who didn’t grow up. She has trouble making decisions, and the few she does make end up dragging her into a bigger mess. Season 2 ended with Emily being forced to make the most difficult decision of her life.

Gabriel is Emily’s dark secret, while Alfie is her brain’s choice. Emily is rightfully torn, but this is not the only decision she has to make. Not only is her personal life tattered, but her professional life demands an answer from her as well. When her boss calls her back to Chicago, her friend Sylvie offers her a position that is too glamorous to deny. Will Em choose her hometown, or will she become a Parisian? Who would she choose? Gabriel or Alfie?

The plotline for season 4 entirely depends on Em’s choice in season 3. If Emily chooses Gabriel—which we have been hinted at—we will get to see a new drama between Gabriel, Emily, and Camille. The season 3 trailer teases a hilarious situation for Emily. She chooses to two times with Chicago and Paris, but her personal life demands a single choice from her. What would Emily choose? Or rather, who would she choose?

Emily In Paris Series Summary: What Have We Seen So Far?

The first season of Emily in Paris began with introducing us to Em and her notorious personality. She is a gifted marketing agent who has been assigned to Paris because her boss is unable to travel. In season 1, Emily went through a lot of trouble because of her lack of finesse and utterly workaholic personality. She couldn’t even speak a sentence in French but knew how to navigate people. This season became a huge success because of the hilarious comedy and swoon-worthy romance it showered us with.

What began as a mere attraction transformed into a full-blown infatuation in season 2 for Gabriel and Emily. The problem? Gabriel is already dating Camille, who is one of the few friends Emily has. We witnessed a lot of tension between Gabriel and Em, but then Alfie stormed into her life, and the dynamics shook. By the end of season 2, Em is torn between her increasing desire for Grabriel and her blossoming feelings toward Alfie. Now, it all depends on Emily’s choices. Hopefully, it wouldn’t be the wisest one, because, let’s face it, Emily is not the sanest person we have met.

FOR YOU: Man Vs Bee Season 2 Everything you need to know About The Show

Is A Trailer Available For Emily In Paris Season 4?

There is no trailer available for Emily In Paris York yet. Don’t expect a trailer before the third quarter of 2023 because we are not going to have season 4 prior to that.

Where To Watch Emily In Paris Series?

Emily In Paris is a hilarious comedy series that highlights Emily’s journey from Chicago to Paris. With the numerous people she gets attracted to and the two people to whom she has lost her heart, we have an amazing series brought to us by Netflix. Season 4 will surely be available on Netflix in late 2023.

MUST READ: What Are The Updates On Tampa Baes Season 2 Release Date?