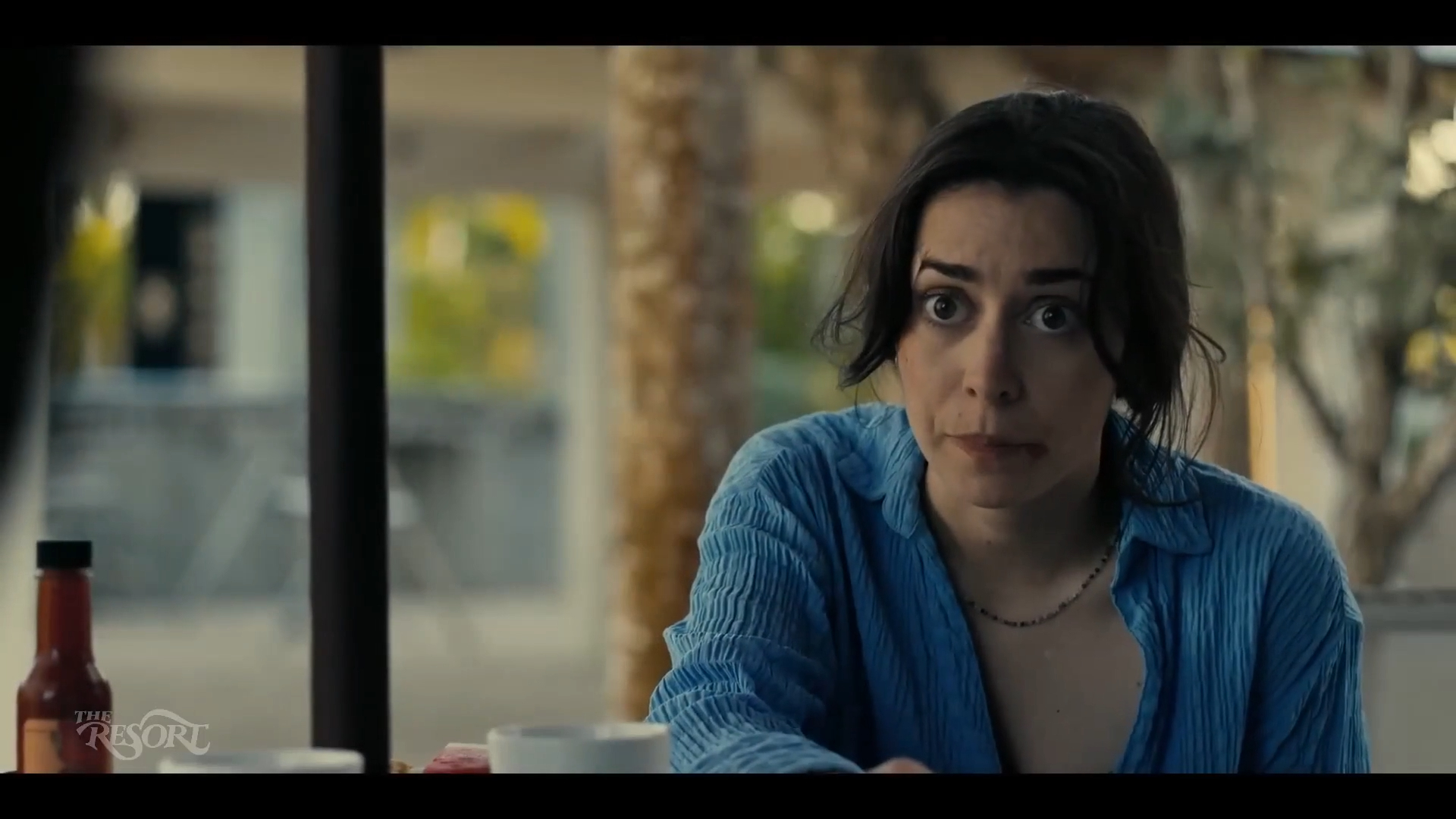 The Resort Season 2 is all about the white lotus, chaos, lilies, and confusion of lost murders and lost cases. If you are a big fan of this kind of show, then you are the right person to go ahead with the series. This series is an original by Peacock that is ruling over the hearts of the audience. Andy Siara, who wrote the classic 2020 time loop romantic comedy Palm Springs, in which Cristin Milioti co-starred, is responsible for The Resort’s intriguing dark comedy. Emma, a high school teacher on an anniversary trip with her husband Noah, is Milioti’s “strange, morbid chick” role in The Resort (William Jackson Harper).

The pair decides to spend their vacation trying to solve a murder or missing person case that has been unsolved for 15 years. The Resort is an eight-part Peacock original series about a troubled couple, played by Emma Milioti and Noah Harper, who goes on vacation to a fancy resort in the hopes of rekindling their smoldering romance. They used to be head over heels for each other, but after the death of their infant daughter, they gradually cooled off and stopped communicating with one another. Although Emma has a terrible time on vacation, she is pleasantly surprised to unearth an outdated Motorola Razr while exploring the jungle.

After inserting the SIM card into a working Razr, she finds out that it belonged to Sam (Skyler Gisondo), one of two teenagers who went missing 15 years ago along with Violet (Nina Bloomgarden). Flashbacks to Sam and Violet in 2007 help fill in the blanks as Emma and Noah set out to investigate the mystery with the help of former resort staffers Baltasar Fras (Luis Gerardo Méndez) and Luna (Gabriela Cartol).

Season 2 of The Resort has not yet been given a premiere date. After the second season’s confirmation, the announcement appears imminent. The Resort’s second season should premiere sometime in 2023. We can only hope that Peacock will disclose it. Peacock is now showing the first season of the TV show The Resort. It premiered on July 28, 2022. What happens next will be seen. This post will be updated with new information about when Season 2 of The Resort will be available for streaming. Let’s check out the promo for The Resort season two.

ALSO READ-Is Netflix’s CAT Based On A True Story?

The Resort, a comedic mystery series, has been called “a fast-paced mystery about the disappointment of time” and “a multi-generational, coming-of-age love story.” The show jumps back and forth in time, telling the parallel tales of two couples (Noah and Emma in the present and Sam and Violet in 2007). Noah and Emma are taking a trip to a Mexican resort for their tenth wedding anniversary in the hopes of revitalizing their otherwise routine relationship.

Involved in a mystery that occurred fifteen years before Emma’s discovery of the old mobile phone belonging to Sam and his then-girlfriend Violet while they were vacationing at the nearby Ocean Vista resort, the pair eventually find themselves in the middle of the couple’s search for answers. It wasn’t long after Sam and Violet vanished that a typhoon wiped out this resort. The TV show The Resort, in which the story takes place on the Mayan Riviera, was really shot in San Juan and Culebra, Puerto Rico.

According to sources, the previous cast will remain in the show. In light of the events of the first season, it appears that the main characters will remain the same throughout Season 2 of The Resort. The second season of The Resort will hopefully bring us back together with familiar faces like William Jackson Harper, Cristin Milioti, Luis Gerardo Mendez, Skyler Gisondo, Nina Bloomgarden, Nick Offerman, and Gabriela Cartol.

Is The Resort Worth Of Your Time?

The Resort is one of the few shows that succeed in generating buzz thanks to its blend of dark humor and mysteries. The first few episodes were well received when they first aired. Because of its incredible plot, viewers couldn’t help but be drawn into the show. In addition, the last episodes manage to be suspenseful and thrilling thanks to a few plot twists involving the main protagonists. When these feelings are intertwined in a witty, lighthearted manner, the result is something everyone should see.

After the success of the first one, we anticipate the same level of enthusiasm for the sequel. The audience was quite excited and liked the show so much that they are eagerly waiting for the second season.