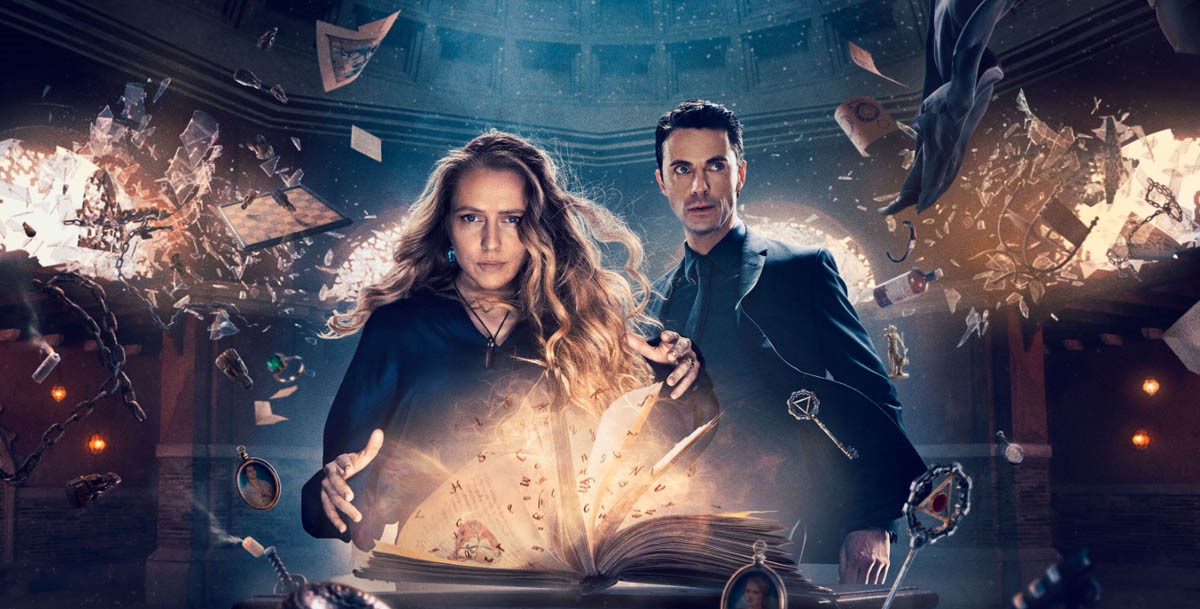 When magic and logic collide, reality appears implausible. This is most certainly the case with this series. Artistically woven by Bad Wolf Productions, this mystical thriller deals with demons, witches, humans, and the connection between all of them. This fantasy romance takes us all on a tour of the bewitching universe of vampires and magical powers.

When an alchemist witch and a vampire collide, sparks fly, both for them and for us. The sizzling chemistry, the beguiling mystery, and the mystical universe of these supernatural creatures keep us all yearning for more. We have witnessed three fabulous seasons so far and wanted a fourth, but unfortunately, it doesn’t seem to be happening. But a spinoff might

Season 3 was always meant to wrap up the series. This series is an amazing cinematic adaptation of Deborah Harkness’ All Souls Trilogy. With every season picking up a book from Harkness’ novels, we knew that the fourth season wouldn’t be arriving. Especially when the makers confirmed that this series would contain only three seasons, the little hope we had dimmed as well.

However, with this bad news comes the good news! Harkness is not yet ready to conclude the All Souls universe. She has already released one more book in this series, titled Time’s Convert. Since the book has been receiving a very warm response, it is quite possible that we might see a cinematic representation of Deborah Harkness’ Time’s Covert. Maybe, a spinoff is looming over the horizon and we will soon receive it. Hopefully, we will get an official announcement soon.

A Discovery Of Witches Season 4 Story

Season 4 is most certainly not happening, but if by any chance the makers decide to give it a shot, we would be more than happy to receive it. Harkness’ recent novel has opened up the doors wide for speculations and possibilities. If season 4 happens, we could either get Marcus’ story or we might get to witness some other writer’s imagination.

In Harkness’ book, Matthew’s son, Marcus, gets the limelight. If we get season 4, we might get to see Marcus and Phoebe Taylor’s unusual romance. The struggle of a vampire and a human to overcome the endless barriers between them would surely be enthralling. What we dearly want to witness is Phoebe’s reaction towards Marcus and whether the makers will capture each scene from the book.

If the makers extend Diana and Matthew’s book, then we might get another visual delight from someone else’s imagination since Harkness seems done with them. A spinoff seems more likely, but we cannot rule out the possibility of an extension either. Hopefully, we will get another installment in the “Discovery of Witches” series soon!

A Discovery Of Witches Season 1 Summary

The first season of this series introduces us to our main characters, Diana Bishop and Mathew Clairmont. While Diana is an alchemist, she is also the last descendant of a powerful witch. Though she is reluctant about her legacy, it is what binds her to the most powerful book in the universe. Mathew is a vampire and a biochemistry professor who has an inkling of what the book is about. Soon, both of them join forces and set out to discover the truth behind it.

Matthew believes that the book Diania has found is the Book of Life. This book is essential for the existence of all species. This fantasy thriller gives us a glimpse into the lives of vampires, witches, and all the other species we thought were fictitious. The forbidden romance aspect adds another level of thrill to this series, and the sizzling chemistry between Diana and Matthew is commendable.

MUST READ: Will We Get The Chestnut Man Season 2 Release Date?

A Discovery Of Witches Season 2 Review

Diana’s resistance towards Mathew finally diminishes in this series, and both of them accept their connection wholeheartedly. This season starts with time travel and a love declaration. A Discovery of Witches Season 2 is popularly known for introducing famous historical characters like Queen Elizabeth and Tom Hughes.

Both Diana and Matthew try to figure out the truth behind Ashmole 782, the Book of Life, throughout the series. They even go back in time to do so, but they don’t get to the heart of it. Though they discover each other’s secrets and try their hardest, they always remain a step behind. Season 2 was amazingly crafted and brilliantly enacted, even if it seemed to drag a bit at the end.

Matthew suffers from volatile blood rage, not the kind other vampires do. He loses sight of everyone and everything when he is on the quest to spill blood. In this season, we discover that Matthew’s violent blood rage is due to his demon DNA. Matthew, a vampire carrying demon DNA, is one powerful creature, but Diana is stronger.

The makers have adapted Harkness’ entire book into seven episodes, making the series the shortest in the history of A Discovery of Witches. The ending scene of this vibrant series is the highlight of the entire season. With Diana and Matthew’s powerful romance, Diana’s magical powers, and the entire family of A Discovery of Witches, this scene is indeed the best one.

Where To Watch A Discovery Of Witches Series Online?

The Discovery of Witches series first aired on Shudder. The entire series is available on Amazon Prime online. If we get a fourth season, it will surely air on Prime as well.

FOR YOU: Becoming Elizabeth Season 2 Updates: Why Did The Makers Cancel The Series?