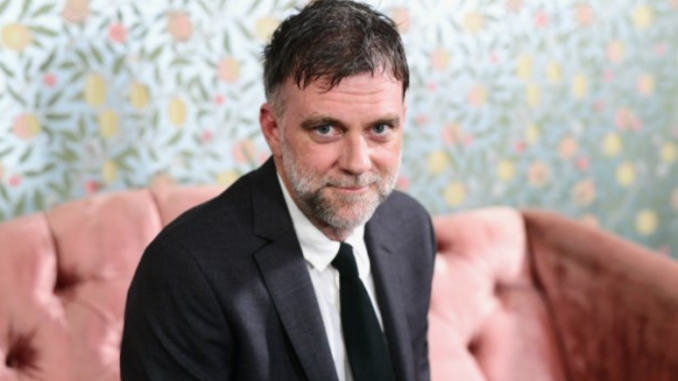 The name you may not know but the face and voice you will always remember from the coolest and superhit Netflix series Peaky Blinders. Paul was born on Feb 12, 1978, and had aspired to be an actor but began acting after the 2000s after appearing in some plays written by his friend Gregory Burke. People often call him by his nickname Boycey which indeed is the username of his Instagram page where he sometimes posts, but the one he posts is to watch for, after being active for fifteen years let’s see what Paul’s net worth is.

Reportedly after acting in so many films and series and doing some iconic roles like Arthur in Peaky Blinders he has a net worth of around $2 Millon. We will see him again in action in 2022.

Paul was born in London, England, UK, people often say he belongs to South London. He grew up with his brother, Andy Anderson, and sister Vicki Anderson in a council estate, his mother used to work as a barmaid in a pub. Paul left school early about the age of 14-15 and thought that drama school would like this only, but he still got himself enrolled in the Webber Douglas Academy of Dramatic Art, which also came as a surprise as once he recited some lines of his favorite movie where one friend of his heard him say that and recommend him to try drama (a very good recommendation indeed) after which Paul applied and he got select at the Guildhall & Webber Douglas.

Before the 2000s Paul had done some ticket scalping to earn a living but after the 2000s he found his interest in acting and also tried music after which his friend Gregory Burk cast him in his plays and then we all know the story. Paul is not the only actor in his family; his nephew Jacob Anderson is also an actor and has played the role of Grey Worm in Game of Thrones.

Paul’s professional career began doing small roles first in TV starting with as Jermy Fisher in Pink Serenade in 2003, in an episode of Doctor Who as Jason in 2006, also in 2006 he got a role in the film Engaged to KiIll as Hunter, then in 2008 a Pc Murder Suspect in Ashes to Ashes and Frank Sporetti in Lewis and Roger in movie Frankie Howerd: Rather You Than Me.

His first big role in the film was Bex in The Firm in 2009 and in that year he played Graham Spate in Midsomer Murders, then again some roles in The Basement as Jake and Chris in A Lonely Place to Die but then he appeared as Colonel Sebastian Moran in Sherlock Holmes: a Game of Shadows which was a big break in 2011, he then played Sergeant Frank Nash in a miniseries The Promise and again appeared in Lewis as Alistair Darlow for an episode.

Then in 2012 and 2013, he appeared in Piggy as Piggy, in The Sweeney as Allen, in Passion as Dirk, in Still Life as Homeless Man, and for TV in Top Boy as Mike for 3 episodes and in a miniseries The Great Train Robbery as Gordon Goody but then in 2013 only he played Arthur Shelby in Peaky Blinders by BBC Two, a gangster, the leader of the pact of Peaky Blinders the biggest and main role for Paul which he has played for 8 years now and 5 seasons and is also reportedly in season 6 which is scheduled to come in 2022. Paul really finds this character interesting because of the way it was written and the director Otto Bathurst wanted Paul to take up this role and he owns it.

Along with this Paul also acted in movies like Still Life as a homeless man and then as Sergeant Leslie Lewis in ‘71, Barry in Electricity and in Legend as Albert Donoghue, and in 2015 acted as Anderson in The Revenant for which he was critically acclaimed. His latest works are Jim Morrow from 24 hours to live, Corporal Tommy Thomas in Hostiles, Guy of Gisborne in Robin Hood, and Nightmare Alley which is in post-production. People are eagerly waiting to see him again as Arthur Shelby because they know he will kill it again.

According to the reports, Paul Anderson is currently dating Stephanie Clark. The couple has been in love since 2011, and he also posted her pictures on his Instagram profile. But till now, the couple is not announced anything regarding their marriage and they do not have any child also.

READ MORE: Hers’s the Michael Fassbender Net Worth And Relationship