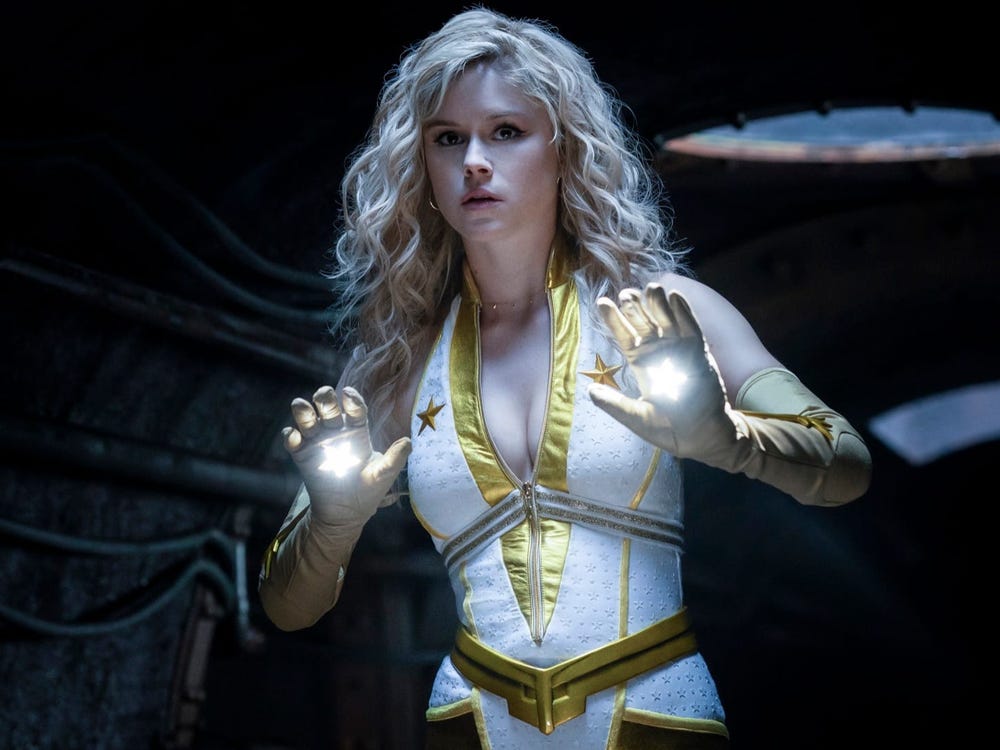 Erin Elair Moriarty popularly known as Erin Moriarty the American actress who we remember from superheroes series like Amazon Prime Video’s The Boys and Netflix’s Jessica Jones was born on June 24, 1994, came into the business as a teenager and acted in the TV series One Life to Live and Law & Order but started acting while she was 11 in a community theater as Annie in the production of Annie, we have also seen her in HBO’s True Detective and ABC’s Red Widow. After working in some famous series let’s see how much her net worth is.

Erin was born and brought up in New York to Dennis Moriarty, who plays the Vocals and Harmonica and Jamey who is a housewife. They are 3 sisters, Erin, Natalie, and Sophie, and Erin is the eldest of them and they are known to have a great bond. She went to Public School 6 in New York where she completed her initial schooling. Erin was very independent as she thought and kind of rebellious as she claimed to take a journey across New York City with a friend at the age of 8. She was in acting from the start which can be known from the community theatre act she did by performing Annie that’s why she didn’t go to college to focus on her acting career and as far we can say it’s going well.

Her first professional roles were as a teenager in One Life to Live but her notable role would be in The Watch as Vince Vaughn’s daughter in 2012, in 2013 in The Kings of Summer, and in the ABC series Red Widow where she plays Natalie the daughter of the main character, in After the Dark as a supporting role and in the True Detective as a recurring role in the first season. IndieWire named Erin the best actor under twenty in 2014 after which she was in the film Ouija but her scenes didn’t make it to the final cut.

After that she entered the superhero world in 2015 she played Hope, the college student whose life Kilgrave ruins in the Netflix- Marvel superhero series Jessica Jones. After that, she appeared in Blood Father in 2016 with Mel Gibson for which she was praised by the critics. Later in the year, she acted in the film Within, and after that a supporting role in Captain Fantastic for which she was critically acclaimed as she plays the love interest of George MacKay’s character for this she also got nominated for the Screen Actors Guild Award for Outstanding Performance by a Casting Motion Pictures.

Again in the year 2016, she was in a feature film The Miracle Season with Danika Yarosh and Helen Hunt which was later released in 2018. Then in 2018, she appeared in The Extraordinary Journey of the Fakir and Monster Party in Driven which premiered at the Venice Film Festival 2018.

So at the end of 2017, she was cast as Annie January / Starlight in the Amazon Studios superhit series The Boys, which is the adaptation of Darick Robertson and Garth Ennis’s famous comic book of the same name, season 1 of The Boys released in July 2019 and people loved it from then and it became a fan favorite after which it was renewed for another season which got released in Sept 2020 seeing the increasing the fan following and the loved the show and the characters got it got renewed for another season which is scheduled to air in 2021, Erin sometimes post some pictures and videos from the season 3 sets on her Instagram and people love to see it and get excited for the show even more.

Now coming to the net worth, Erin has been in the industry for about 10 years now and she has acted in various shows and films after which we found that her net worth would be about $2.5 Million.

People are waiting for her to see her again as Starlight in The Boys.

Most of the time, celebrities don’t speak about their personal life and hence this case is the same with this famous personality as well. Erin has not opened up regarding any of her relationships or dating history and hence, there is very less information about her personal life. She often visits her home at regular intervals but we don’t have any details about her boyfriend or husband.