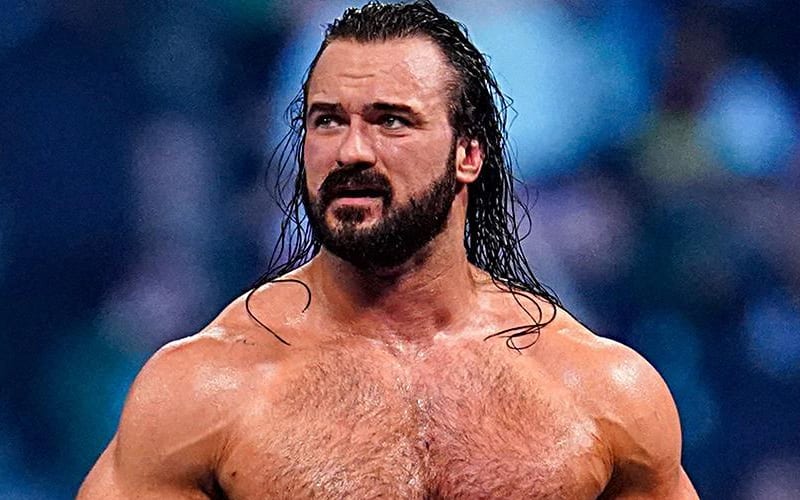 McIntyre is a person who doesn’t need any introduction to the world of wrestling. He is a two-time WWE champion and also a two-time WWE tag team champion. He wrestled on the independent circuit. He also performed outside of WWE as Drew Galloway from 2001 to 2007, and they were also champions in TNA ( Total Nonstop Action Wrestling). He also won the NXT championship in 2017 after returning to WWE. Hebis now called the champion of wrestling, due to his hard work and efficient working skills.

World-famous wrestling champion Drew McIntyre was born on 6 June 1985 in Ayr Scotland, UK. He lives in Tampa, Florida, US.  He studied at Prestwick Academy. He was interested in football at a young age and wanted to become a professional football player.  At Prestwick Academy, he played for the youth boys’ club.

But he started to concentrate on wrestling as he was impressed by Bret Hart. When he was 10, he read a magazine called X-Factor and this made him think about his career in wrestling and write a letter to the FBI. After this, he began his training to be a professional wrestler, at the age of 15. His parents fully supported him as he was managing training and studying properly at the same time. Then he went to Glasgow Caledonian University to earn a master’s degree in criminology.

He started his wrestling training at Frontier Wrestling Alliance academy at the age of 15.  In 2003, he made his wrestling debut in BCW ( British Championship Wrestling). Later he teamed up with Colin McKay. Unfortunately, he was defeated in his first match by Stu Natt which took place in February. From 2006 to 2007 worked in an independent circuit. In his first year on the independent circuit, he teamed up with Lionheart in the East Kilbride event. After Scotland, he started wrestling in the Republic of Ireland with IWW ( Irish Whip Wrestling). In 2005, he lost two fights with SOS and Mad Man Manson.

He is a champion of wrestling. He had won many awards and trophies for his talent and hard work.

He won the British Championship Wrestling two times.  In CBS sports he won the tag of wrestler of the year in 2020.  In Denish pro Wrestling he was the winner of the DPW Heavyweight Championship one time. Drew McIntyre won the fight and got the Evolve championship and also the Evolve Tag Team Championship, two times against Johnny Gargano and Dustin. In “Evolve ” he also won the ” Open the Freedom Gate Championship”.

He won Irish Whip Wrestling, one time, in the IWW International Heavyweight championship. He was the champion in outback championship wrestling. He ranked No. 3 out of the top 10 wrestlers in the world in 2020.

He was the winner of Total Nonstop Action Wrestling many times. Drew McIntyre won in the union of the European wrestling alliance in the heavyweight championship. One time, he was the best wrestler in What Culture Pro Wrestling.

He is living comfortably in his dreamy house with his support system and lovely wife Kaitlyn Frohnapfel. He got engaged to Kaitlyn in 2011 and now they are living a lovely life with their family.

Before, Kaitlyn Drew married Taryn Terrell in 2010, but they got apart and divorced in 2011, then in the same year, he met with his soulmate, Kaitlyn.

Drew McIntyre: Why He Is Famous For?

Drew is the inspiration of almost all wrestlers and has a great position and respect in the wrestling world. He is best known for his success in the WWE championship, two times. One in the NXT championship and the other in the Raw Tag Team championship.

This WWE wrestler is not only famous for wrestling but there are several other video games in which there’s a character of his name. These video games are also related to the WWE and hence, all the players find it very relatable and can connect to the character as well as the game. Some of the games that involve Drew McIntyre as its character are WWE SmackDown vs. Raw 2011, WWE 12, WWE 13 (DLC), WWE 2K14, WWE 2K18 (DLC), and many others.