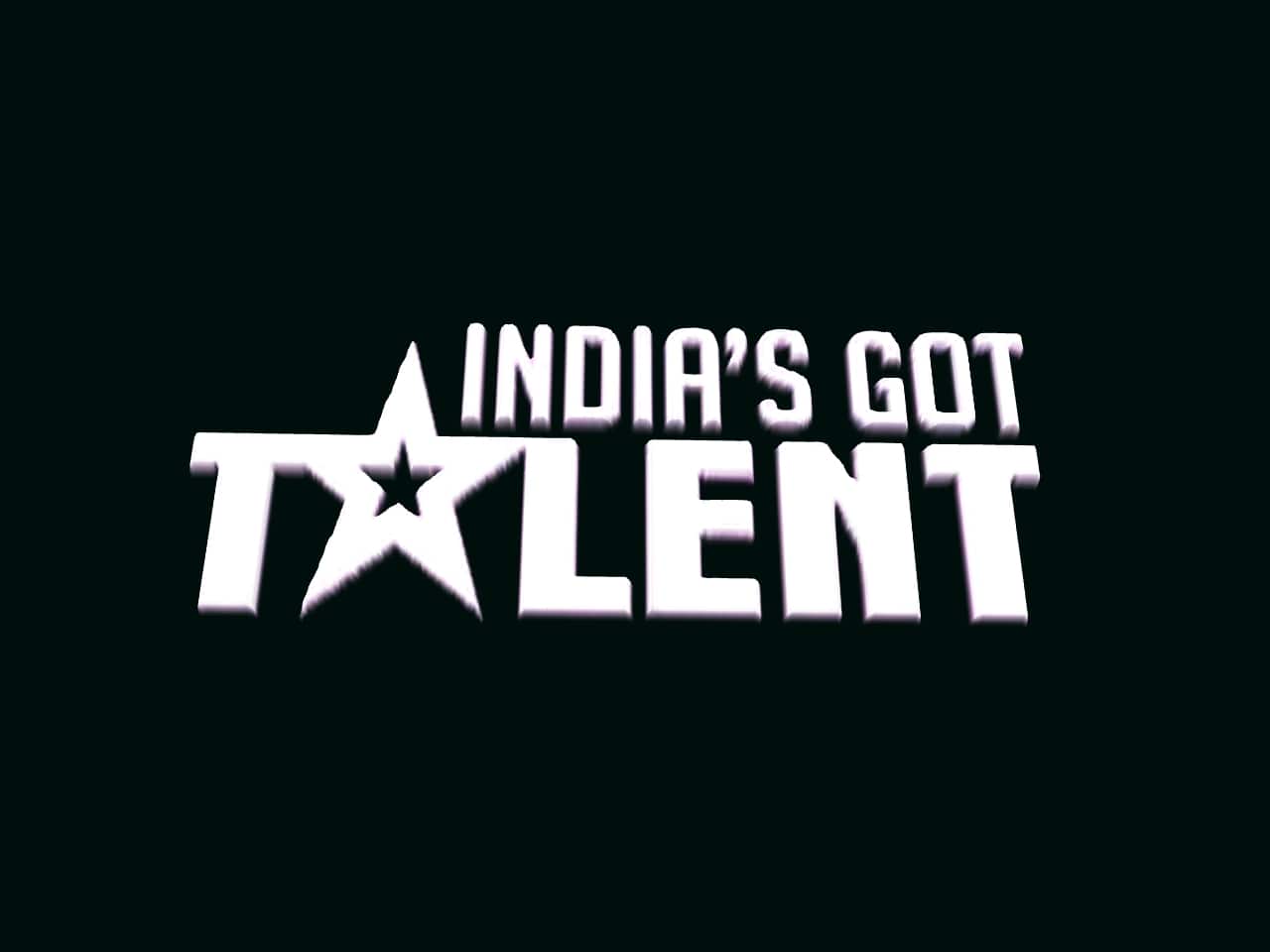 In a deep search for the finest talents, India’s Got Talent is a series that picks out the most talented personalities in India. It is a show that has won millions of hearts with its inspiring concept, never-ending search for the most talented Indian personalities, and a touch of humor. It is a part of the Got Talent franchise and has been running continuously since 2009.

Hundreds and thousands of people audition for this show, bringing in their amazing talents to entertain us, but only a few of them get selected. After going through multiple rounds of auditions, these contestants step onto the legendary stage of IGT. Every contestant gets a fixed duration to present their activities and mesmerize the judge and audience. And every time their act fails to impress the judges, they step closer to elimination until they are finally evicted.

Surpassing this huge cycle, there are nine brilliantly talented artists who have conquered the show and the hearts of the audiences. We all see these contestants for a while and then forget about them until one day we begin to wonder about them. Here’s a list of all the IGT winners listed for you! From their journey to their current whereabouts, we have got everything covered!

Arriving after four years, season 9 was the most anticipated IGT season so far. With over fifty contestants and their remarkable talents competing against each other, we got to witness one spectacular season. The season had some musical magic since the famous Indian rapper and singer, Baadshah, became the judge of the show.

Not only did we witness the infamous rapper’s musical touch, but we also got to experience the unique combination of soft flute and loud beat. This fiery combination eventually won the show, and Divyansh and Manuraj finally got to take the trophy home. This duo became unexpectedly close on the set. In fact, they didn’t even know each other before and became partners during the show. Divyansh and Manuraj were last seen on the set of “India’s Got Talent” and have been pursuing their careers separately.

Judged by Karan Johar, Malaika Arora Khan, and Kirron Kher, season 8 saw multiple twists and turns. With every kind of artist sprinkling their magic on the stage, season 8 surely gave us some thrilling and magical performances. Amazing singers, commendable magicians, and mesmerizing dancers We witnessed them all, but in the end, it was a magician who took away our breath and heart.

The highlight of season 8 was the cutthroat competition between the Live 100 Experience band and Javed Khan. It would have been a tie, but in the end, Javed Khan received more votes and the title. Javed Khan was last seen sprinkling his magic in multiple cities and conducting various amazing shows. He has participated in multiple reality shows and is continuing to entertain his viewers with his spectacular talent. He knows magic is an art and wants to present his art to the world.

Season 7, hosted by the Indian comedy queen Bharti Singh, was yet another successful season of this splendor show. In every season, we witness new contestants and their unique talents. This season, we saw some otherworldly talents that made us gawk with anticipation.

We witnessed the deadly stunts and amazing dances of Papai and Antara. But the dulcet flute tone presented to us by Suleiman conquered our hearts. Suleiman was only 13 when he won the show, and since then, he has been seen sprinkling his magic on a variety of fronts. Suleiman has always wanted to make his father proud, and he definitely did it.

In IGT season 6, all the judges—Malaika Arora, Karan Johar, and Kirron Kher—and the hosts, Bharati Singh and Siddharth Shukla—reprise their roles. With the increasing popularity of the show, the standards kept increasing as well. And the level of talent on display this season was breathtaking.

Dance seems to be at the heart of the series. This time, it was an aerial dancer who managed to conquer the hearts and the title. Manik Paul, with his gracious dance moves and commendable technique, rightfully won the season. Manik Paul became a global inspiration. After battling dire consequences, the premature death of his father, and vicious poverty, Paul has come a long way. After winning the series and dedicating his victory to his mother, Paul embarked on a journey to establish himself as a brilliant dancer.

Season 5 began by introducing us to new faces and incredible talents. With the entire judge panel returning, the season hardly witnessed any change. The only change we saw was the introduction of new hosts Bharti Singh and Siddharth Shukla. Aside from that, we saw people of varied diversities coming together to give this season a fresh feel.

Ragini Makkar is the leader and founder of the Naadyog Academy. Her speciality is fusing classical dance with raucous Bollywood beats to create an admirable fusion. She won Season 5 of IGT along with its crew and dedicated her entire prize money to help the poor girls of Madhya Pradesh get into a dancing school. Ragini is still teaching dance at a local school and running her brilliant dance academy.

FOR YOU: 17 Movies Based On Hindu Mythology That Is Must-Watch!

Hosted by one of the finest Indian hosts, Manish Paul, season 4 witnessed multiple stars and celebrities uplifting this show. In this season, we not only saw celebrities but also talents that nearly blew our minds off. With singers and dancers and every kind of artist luring us towards the show, season 4 was one of the most celebrated IGT seasons.

Season 5 was won by two teenagers from Kolkata’s Bivas dance group. These teenagers were later seen on the stage of Jhalak Dikhla Ja, a popular dance show. Sonali and Maraju have both pursued their careers in dance and are now fully established, dancers. With a shining career in dance, nothing seems to hold these skilled dancers down.

Season 3 was the actual reason IGT became such a hit series. With Gautam Rode and Meiyang Chang hosting the series, season 3 saw some popular faces. Being judged by Dharmendra, Sonali Bendre, and Kirron Kher, season 3 had some stellar performances.

READ THIS: List Of The Star Plus Upcoming Serial 2022!

After IGT season 1, season 2 became more of an experiment. It was a bait that the makers hoped the viewers would take up. Featuring judges Sonali Bendre, Sajid Khan, and Kirron Kher, season 2 took quite a leap in terms of performers. This season garnered a huge fan base for the franchise and won millions of hearts.

Season 2 delivered even more thrills and mesmerizing performances. Shillong Chamber Choir Group won this show with its incredible musical performances and unique style. This group went on to perform at the Rashtrapati Bhavan after winning the second season. These groups went on to participate in multiple competitions and have even composed their own mesmerizing songs.

The first IGT season proved to be a surprisingly great start for the franchise. The show received a warm welcome and an amazing response. Over fifty participants were seen on the set, and the show became a bit longer than expected. The very first season of India’s Got Talent was hosted by Aushmann Khurana and Nikhil Chinapa. The judges of this season were Shekhar Kapur, Kirron Kher, and Sonali Bendre.

This season was won by a group of ordinary laborers and construction workers. This ordinary group had extraordinary talent that landed them the trophy and the recognition they were yearning for. After winning this season, this dance group won a hefty amount and was granted a four-acre plot of land. They utilized this land to establish a dance academy and were seen performing for various reality shows and competitions.

We have had nine rightfully deserving winners so far, and now we are searching for the tenth one. Since India’s Got Talent is a franchise that doesn’t seem to be coming to an end, we are anticipating a new season and a new winner soon.

RELATED: Here Is the List Of Zee Tv Upcoming Serial 2022!