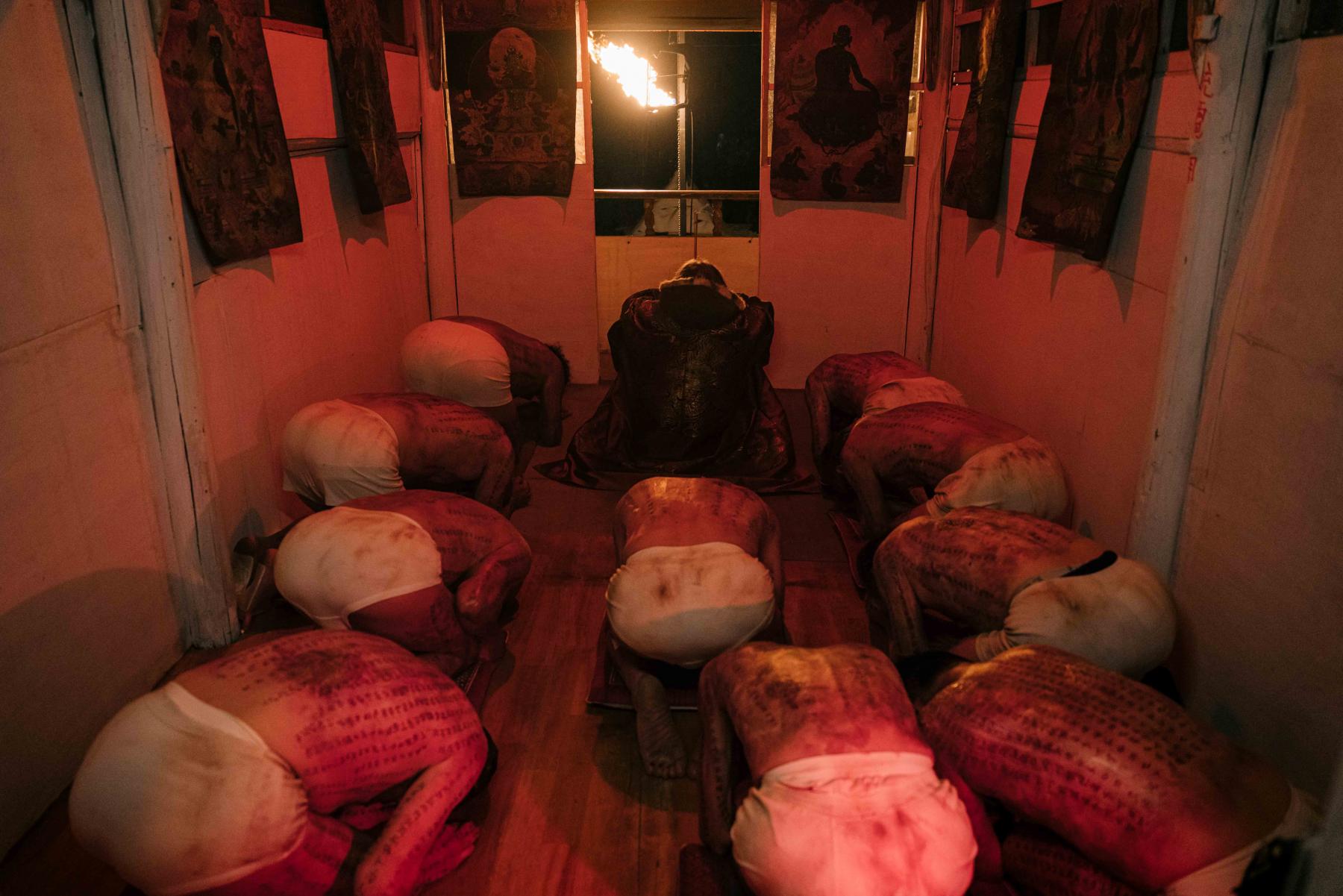 Incantation is a horror film that has supernatural elements in it. The film is directed by Kevin Ko and was released on 18th March 2022 and the digital debut was done after a few months. On 8th July 2022 Incantation made its way on the streaming giant, Netflix. In Taiwan, this movie is now on the list of the highest-grossing horror film.

The story is all about a woman named Li Ronan. She has a 6-year-old, daughter Dodo. The film is all about incantation and curses that surrounds the basic plot. The movie tries to appeal to the audience to pray for her daughter by spreading insignia and chanting incantations frequently at regular intervals. Most part of the movie is covered by camera footage but they are also not shown in a linear manner.

The movie starts with footage of Ronan, her boyfriend Dom, and Yuan, Dom’s cousin. The three of them are traveling to a village in a car and along with that, all of them are filming a ritual. Unintentionally, there were doing wrong as it was against the tradition. After reaching the village they visit a place where all the relatives of Dom and Yuan used to worship mother Buddha. One of the members of that particular clan asked the three to provide their names to the deity. In addition to this, he also tells Ronan that she will have to give her daughter’s name along with the incantation but Ronan was surprised because she was unknown of the fact that she is pregnant.

This young group was curious about the rituals and traditions. So, they decide to keep an eye on that clan. At night they find a girl in a very bad condition who was standing next to a tunnel. Dom and Yuan anyhow enter the tunnel but now to footage goes off the air and Yuan comes out in a pity condition while Dom is dead. Ronan leaves her daughter at the childcare-taking center.

Did Ronan And Dodo Live Happily?

After a few years, mother and daughter reunite but after being shifted to their own house both of them witness some unusual and supernatural activities that disturb them a lot. Dodo is always chased by an unknown and suspicious shadow while Ronan is again facing problems with her mental health. Later on, because of these conditions and unknown suspicious situations, few people try to separate Dodo and Ronan but with the help of Ming, an acquaintance of that childcare taking center, both of them run away. On the other hand, Ming visits the same village and tries to see the footage that was created years ago by Dom and Yuan. The footage shows Dom killing himself by smashing his head repeatedly while Yuan is killed anonymously in the tunnel.

After escaping, both, Ronan and Dodo reach a temple. The priest of that temple agrees to sacrifice his life to save dodo and hence he asks her not to eat anything for seven days. His wife was also ready to sacrifice herself. But who can survive without food for a week? Ronan being her mother cannot see her in such a condition and hence, she fed her, and lastly, the priest and his wife die.

And the last part Ronan says that she was lying throughout the entire movie. She tells that the incantation that is chanted by everyone in front of mother Buddha is for lessening its effect and spreading the curse among everyone so that the burden of that particular curse on a person becomes lighter. The movie ends with Dodo living happily as her burden is now distributed among all the viewers who watched the film.

READ MORE: In Her Hands Ending Explained: Who Is Zarifa And What Happened To Her?