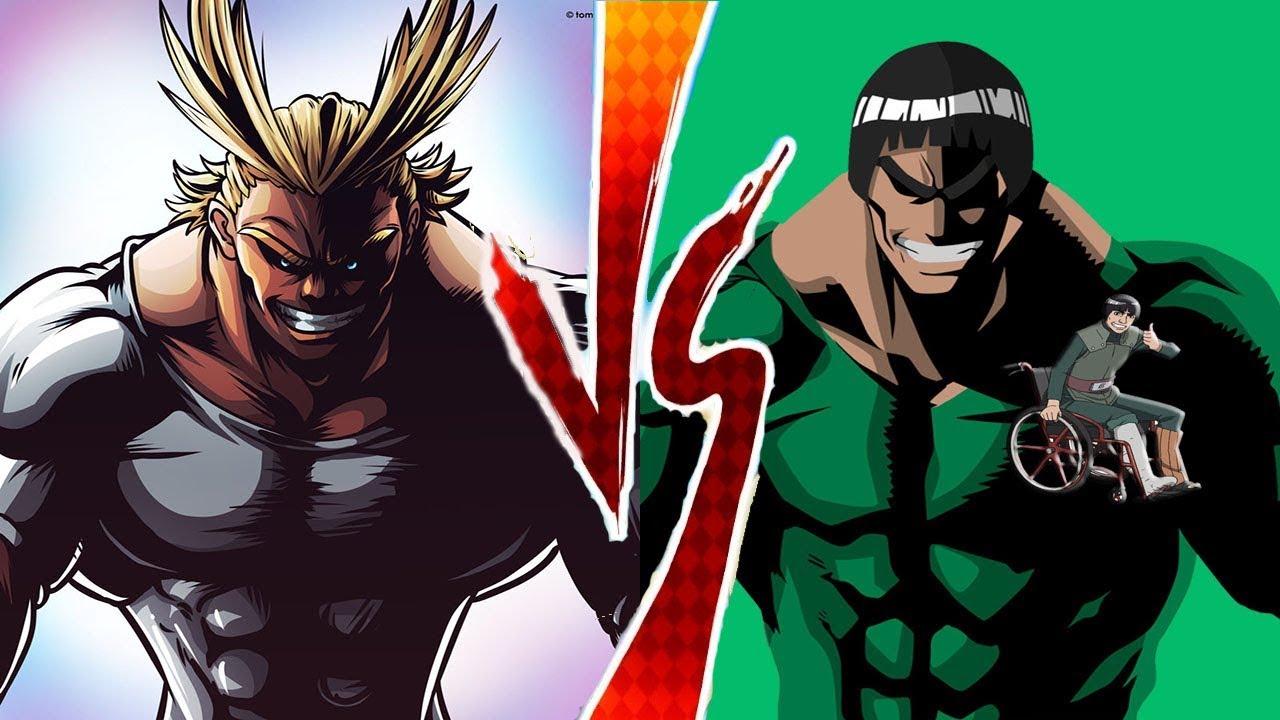 All Might or Toshinori Yagi is a character in the new-gen anime “My Hero Academia” whereas, Might Guy is a character from one of the infamous big three “Naruto”. As anime fans generally tend to compare characters from different anime for entertainment or argument, I considered this to be an outcome of that too.

But this versus came by because of the 119th episode of Death Battle, it is the finale episode of Season 6 and showcases our mentor figures All Might and Might Guy. The entire topic of discussion is at a high peak because of how likable both the characters and their op fighting styles are.

Considering all the aspects of each of the characters let’s conclude the winner in this fight.

I strongly believe Might Guy would be winning this fight as he is far stronger than he is given credit for. Yes, of course, All Might is tough and would be giving Might Guy even tougher competition. But come on it is Might Guy we are talking about, the one who stood against the Madara and is still alive.

Their power type seems similar, as in neither of them uses any sort of armory, they are both into fist fights for Might Guy it would be taijutsu to be specific. All Might would probably give him equal competition at the 6th or maybe even the 7th gate. But once the 8th gate is open it is a clear win.

Might Guy as mentioned above is a Naruto character. Getting into more details about him, he is a Jonin of the Konohagakure (Leaf Village). He is also the forever rival of Kakashi who tends to throw a new challenge at him every other day.

He was the mentor for Team 8 which consisted of the fan-favorite characters Neji and Rock Lee alongside Tenten. Getting into his past he was the son of Might Duy a Genin who was teased and termed as an Eternal Genin which did not really seem to bother him.

When Kakashi’s father Sakumo first met Might Guy he commented that he will far surpass Kakashi as he puts so much more effort rather than whining about not being able to use chakra. Might Duy learned the technique of 8 gates and taught them to Might Guy before his death.

Might Guy trained hard every single day, raised and mentored his team to be fine people, gave hope to Rock Lee whenever he hit rock bottom, supported Kakashi every time he was down, and protected his nation with all his might.

During the war there came a part when nobody was able to fight Madara and it was necessary to hold him back, Might Guy even after knowing all the risks it would hold, decided to open the 8th gate, basically meaning he chose death to save the ones he loves.

Might Guy fiercely fought Madara and when he was about to perish because of using the 8 gates Naruto came by and with the power he received from Hogomoro he was at least able to save Guy’s life. But he did end up not being able to use his legs.

MUST READ || Bakugo Vs Goku: Who Is More Powerful?

All Might or Toshinori Yagi as mentioned above is a character from My Hero Academia. He was the number-one hero at the beginning of the series. He is an inspiration to the entirety of the world and is the one who passed on the power of One For All to Deku (Midoriya Izuku) the protagonist of the anime.

He was the 8th holder of the quirk One For All and was immensely strong. He managed to do everything in his power to protect every single citizen who was in trouble. One day while he was out shopping he comes across a villain who held Deku hostage and thus saves him.

After saving Deku he was asked a question whether or not it was possible to be a hero while being quirkless, All Might says no without any seeming hesitation which breaks the heart of his biggest fan. The same day while Deku was going back he sees that the same villain he encountered earlier has now taken hold of Kacchan (Katsuki Bakugo) and without a second thought runs out to save him.

This scene is witnessed by All Might and thus he chooses Deku to be his successor. Furthermore, after he transferred his powers to Deku Toshinori’s power was decreasing. With every fight, he fought and every citizen he saved he was getting weaker and weaker.

Another day after he became a teacher Kacchan gets kidnapped by the league of villains. All Might who went out to save him ends up having to fight his destined enemy All For One the older brother of the 1st One For All holder. All Might loses his power that day and is unable to transform anymore thus, he chooses to retire.

He is a fantastic teacher who even after losing everything still gives his all for his students. He still monitors Deku and his classmates and wishes for their luck selflessly. Similar to Might Guy, All Might is an exceptional teacher character that everybody adores.

MUST READ || Naruto Vs All Might: Who Would Win In A Battle?