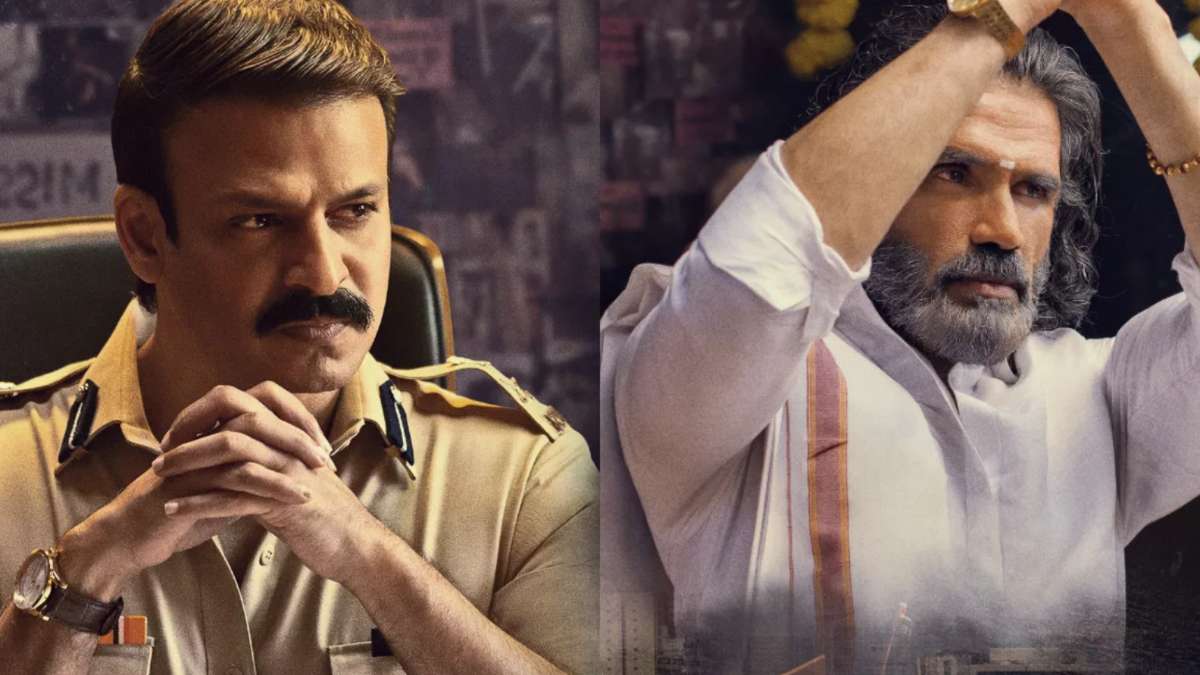 Nowadays, crime dramas are becoming very popular amongst the youth. And on top of that when you have the stars like Vivek Oberoi and Sunil Shetty, then it will be like the cherry on top. Today in this article, we will be discussing the most popular MX Player show Dharavi Bank. But you will definitely think that it is already announced then what we are going to discuss? Wait guys, did you forget that this series has 9.0 ratings out of 10 on IMDb? Then why should not the fans wait for the second season? I think you guessed it right, in this article we will tell you all the latest updates regarding your favorite Dharavi Bank season 2. But before that, I want to give you a small introduction to the series if you have not watched it yet then I will suggest you go and watch it now.

Dharavi Bank is a crime drama exclusively made for MX Player, created by Samit Kakkar, and produced by Sumeet Mishra, Percy Jamshedji, and Gautam Talwar under the banner of Zee Studios with the writer Sarthak Dasgupta. The show has the big names of Bollywood, Suniel Shetty as Thalaivan and Vivek Oberoi in the role of Police Commissioner. So, already we know that these stars have a huge fan following, and they did not disappoint their fans with this show. Now, after this small intro, I think we should go further with other information.

The very first season of Dharavi Bank was released on 19 November 2022. And now the fans are waiting for the second season of the show. If we talk about the reviews, the show got mixed reviews from critics and audiences but most of them are positive. They liked Suniel Shetty and Vivek Oberoi in the rules of Thalaivan and Cop. Suniel Shetty in the role of a villain is just amazing. On the other hand, Vivek Oberoi did full justice to his role and succeeded when it comes to impressing his fans.

As we have mentioned, that season 2 is definitely coming in the near future. But the makers have not disclosed the cast of the show for the second season yet. As per the assumptions made in the industry, the previous cast of the show will return for the new season as well.

The old cast has some big names from the industry, such as Suniel Shetty in the role of Thalaivan, Vivek Oberoi as JCP Jayant Gavaskar, Sonali Kulkarni as Janvi Surve, Akshay Poptani played the role of Mowgli. In addition to them, this show has Samiksha Bhatnagar as Iravati, Luke Kenny as Michael, Freddy Daruwalla as Mahesh, Krishna Kant Singh Bundela in the role of Chacha, Siddharth Menon as Veerbhadra. Chinmay Mandlekar as Daji Malusare, Santosh Juvekar in the role of Avinash Mhatre, Nagesh Bhonsle as Ghanshyam Mhatre, Bhavana Rao as Deepa, Shanthi Priya as Bonamma, Pavitra Sarkar as Tarakeshwar, Sandhya Shetty as Parvathy, and many more.

The show is a Crime Story that revolves around a Gang Lord, who is responsible for a 30,000-crore crime Nexus, in Asia’s largest slum Dharavi which is located in Mumbai, Maharashtra. Now, we have just mentioned that the story revolves around a Thalaivan who is played by Sunil Shetty, then definitely, there will be a cop in the show. So here comes, Vivek Oberoi as JCP Jayant Gavaskar who is on a mission to search Thalaivan and his whole gang.

Well, if we talk about the story of season 2, then obviously, we want to update you that the makers will definitely come with the continuation story of season one. As we can see in the last episode called Koi Bhi Nahi Bachega, some of the most important characters of the show are killed by the other characters. And still, JCP Gavaskar’s search for Thalaivan is incomplete. The makers have already planned the screenplay for season 2 and this time you will see more twists and turns in the story.

Is There Any Chance For Season 2?

Yes, definitely there will be a season 2 of Dharavi Bank. As we have mentioned above as well, there is enough material for the makers to show in the next season. The story of the series has not yet been completed there are a lot more twists to come and definitely it is not going to disappoint you.

Where To Watch Dharavi Bank Season 2?

If you are a fan of crime drama and most important you do not have a subscription to any OTT platform, then here is the solution. You can watch Dharavi Bank season one on MX Player. Whenever season 2 will come, you can watch that as well on the same streaming platform.