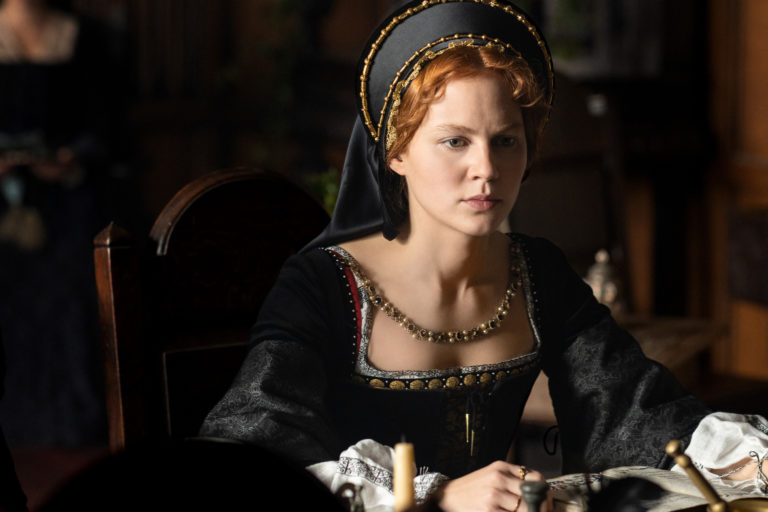 An opulent historical drama revolving around the most powerful and bold queen the world has ever witnessed Queen Elizabeth is the first name that pops up in our minds whenever royalty is to be discussed. She wasn’t a mere queen; she was the true definition of women’s strength and justice.

We have all witnessed Queen Elizabeth’s journey through different lenses. This series depicted our relentless warrior’s struggles from her point of view. Though we loved the entire first season and wanted more of Elizabeth’s story, the makers have decided to wrap the series. But why aren’t we getting a second season even if the first was an amazing hit?

Creating a historical drama series becomes a bit more challenging than creating any other series since the entire world is already very well aware of the characters and storyline. This fictional historical drama, centered around Queen Elizabeth’s life, has been a rollercoaster ride. Ever since it was declared, we have all kept an eye on it.

Maybe this attention fired back, and the makers decided to end the series. Anya Reiss, the creator, and maker of this series has always been a bit hesitant regarding this series. But as the show progressed, her interest deepened, and she decided to stretch this series to almost ten episodes. Reiss hasn’t made an official statement yet, but Starz, the platform where this series debuted, has announced that it will not be renewed.

Though the exact reasons are kept under wraps, we can only guess why it happened. Maybe the makers have decided to continue this series later on a different streaming platform. Or Reiss has decided that her earlier hesitation was right and she can’t continue with this series anymore.

Becoming Elizabeth Synopsis: What Is This Series About?

There have been many graphic documentaries based on Queen Elizabeth’s life. She was a mighty legend after all, but all these adaptations portrayed her life as a queen. This series has become spectacularly famous because of its novel approach to Elizabeth’s early years.

Becoming Elizabeth is a thriller series that keeps its audiences on their toes. Depicting a young teenager who has just lost her parents, this series focuses on Elizabeth’s journey toward becoming a legendary queen. Elizabeth was also well-known for her formidable interpersonal relationships. This series highlights all of her family’s shortcomings, struggles, and complicated dynamics.

Our strong, witty, and bold queen is brought to life by Alicia Rittberg. Elizabeth in her teen years was not the poised woman we have read about; she was every bit the angsty teenager she was supposed to be. Slowly, when she has to go through cascading struggles, she starts to compose herself and become the well-refined queen we know her to be.

Catherine Parr, Elizabeth’s stepmother, is portrayed by Jessica Raine. She is a bit vindictive and very mean towards Elizabeth. She later marries Thomas Seymour, who is represented by Tom Cullen. Though he is over two decades older than Elizabeth, both of them get infatuated with each other, and their forbidden relationship makes headlines.

Other characters, like Mary Tudor, Elizabeth’s sister, are played by Romola Garai. We have seen multiple other characters in this series since it is a rich historical adaptation of a royal teenager’s life.

The Controversies That Becoming Elizabeth Got Involved In

Queen Elizabeth wasn’t an ordinary personality; her taste in destructive decisions has been highlighted multiple times in this series. When Elizabeth’s parents pass away and she moves in with his stepmother and her new husband, she gets attracted to him. Seymour gives her false hopes and preys upon her, and all the while Elizabeth stays oblivious to his true intentions.

This relationship between a 14-year-old Elizabeth and a 40-year-old sadist doesn’t come off easy to us. This relationship stirred quite a storm of controversy. Even Alicia and Tom have been vocal about their disapproval of such a toxic relationship, but history cannot be changed just like that, could it?

One main reason the makers shy away from creating a historical series is the controversy that comes with it. Queen Elizabeth ruled over England for half a decade, give or take. This is why the entire world knows her lifestyle and life history in brief detail.

One main complication Reiss had to face while creating this series was a lack of originality. She often wondered what could be new and why she should create a series about someone who was already so famous. And then she got a brilliant idea and decided to pick it up. Reiss wanted the world to know the flawed teen years of Elizabeth’s life. How did she overcome the hurdles and become queen of England? And she has successfully done so with this brilliant series.

MUST READ: Why Aren’t We Getting Gotham Season 6 Release Date?