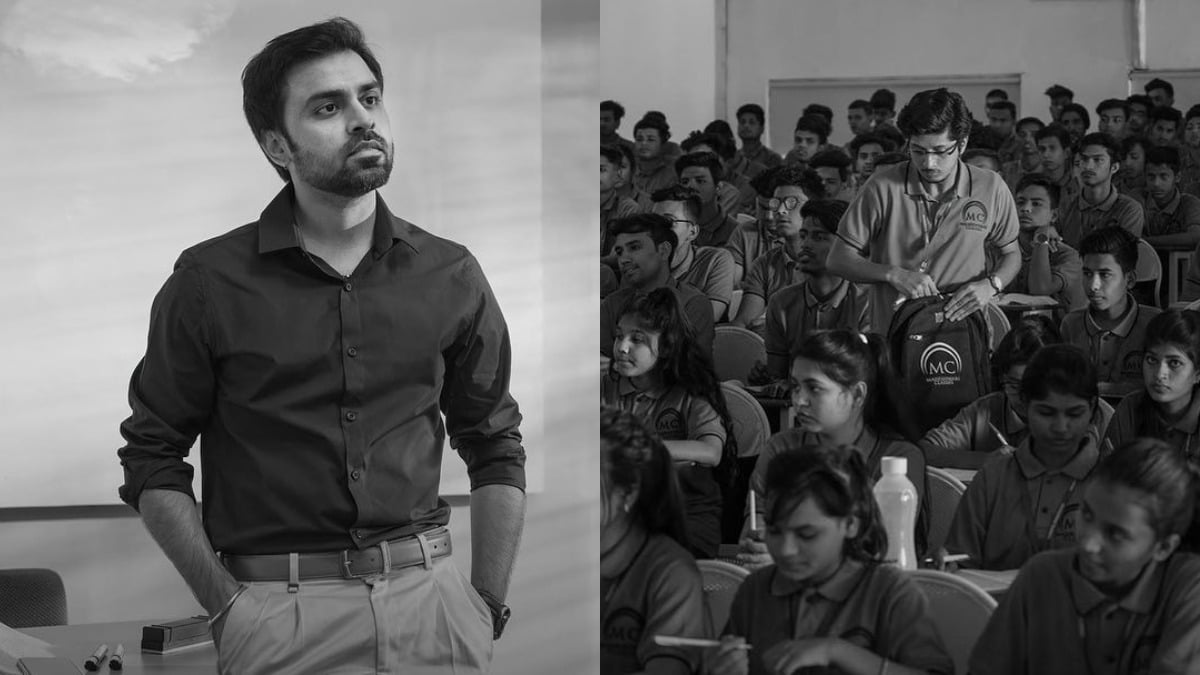 Viral Fever (TVF) always comes with shows that portray the real India, or real problems of the Indians and the youth. They always cover the plot that is connected to the Indian middle-class families and their children. In other words, we can say that this team always comes with the most relatable plots and storylines. Kota Factory is not different, this Indian comedy-drama tells us about the lives of students who are preparing for IIT-JEE survival in Kota, popularly known as the hub of coaching centers for medical and engineering entrance exams in India.

The series is the first Indian black and white web series, it was first released on 16 April 2019 and finished on 14 May 2019. The show is one of the most-watched series on TVF, it also has good ratings with 9.2 on IMDb. And actually, this kind of work and experiment like the first-ever black and white series needs appreciation. Kota Factory has two seasons in total with ten episodes of 30-45 minutes. The second season has been released recently on 24 September 2021 on Netflix. Now, after watching season 2 fans wanted to know about Kota Factory Season 3 renewal status and release date. So, in this article, we are going to give you answers to all your queries, but for that, you need to read the full article.

The very first season of the Kota factory was released on 16 April 2019 on TVFPlay and YouTube. This season was finished on 14 May 2019, then after a huge gap of 2 years on 30 Aug 2021, Netflix confirmed Kota Factory season 2 which was recently released on 24 September 2021. As we all know the big fan following for this entertainment piece, so after watching season 2 fans are anxiously waiting for the Kota Factory season 3.

So, because of the recent release of season 2 on Netflix, the makers and even Netflix have not confirmed or canceled anything about the third season. Netflix takes at least one month to renew any series because the renewal of the shows depends upon their performances. So with it, the makers of the show have already announced the third season. It may come in the year 2023.

The show revolves around the lives of the students who are preparing for the medical and engineering entrance exams. As we said above TVF always comes with very relatable plots so with this show. Kota is the coaching centers’ hub for preparing IIT- JEE, and NEET. In the show, Vaibhav a student who was going to prepare for the Engineering entrance exam after the 12th moved to Kota from Itarsi. Kota factory shows the pressure of exams on the students and the status of the coaching centers in a city like Kota, which shows itself as the education hub.

In the show, you will see how the students come from their hometown and study in Kota lived there, and tried to settle themselves in another city middle of the pressure of the study far away from their families. As the show is all about studying students and exams but the makers of the show made it more relatable with the love angle between Vaibhav and Vartika, a medical student. Season 2 is the continuation of season 1, where Vaibhav changed his PG and shifted to another one far away from his old friends and Vartika just to concentrate on his studies. An educational story that can be finished without a teacher. Jeetu bhaiya is like the source of motivation for his students to clear these competitive exams.

As there is no official information regarding the third season of the show, so, it is difficult to say anything about the future cast. But if we see so, the previous cast returned for season 2, then most probably the same cast will return for season 3 too. The chances of returning the previous cast are much more. However, there are possibilities of adding new faces along with the old ones, as per the requirements of the story.

This comedy-drama is created by Saurabh Khanna and Arunabh Kumar, for direction, they took Raghav Subbu and Sameer Saxena is the executive producer of the show.

As the show’s story is not been officially announced so there are also no spoilers or hints given by the team. To know more about the story of the future season you have to wait till the next season is officially announced. But as per the assumptions, maybe season 3 will show the life of an IITian or post-exam difficulties. Maybe Vaibhav and Vartika’s unofficial love life takes a serious turn, no one knows. So, all we can do is wait for the renewal of the show for the third season. No worries, we will update this article when we get further information.

As of now, no trailer for season 2 has been released. But yes you can definitely watch the trailer of Kota Factory season 1 on YouTube. We have mentioned above also, that the show has already been renewed in September 2022, but the exact release date is not yet out. The show’s third season is in the production state. But whenever the trailer will come we will update you, so no worries, and chill. Till then, you can watch the previous seasons on Netflix.