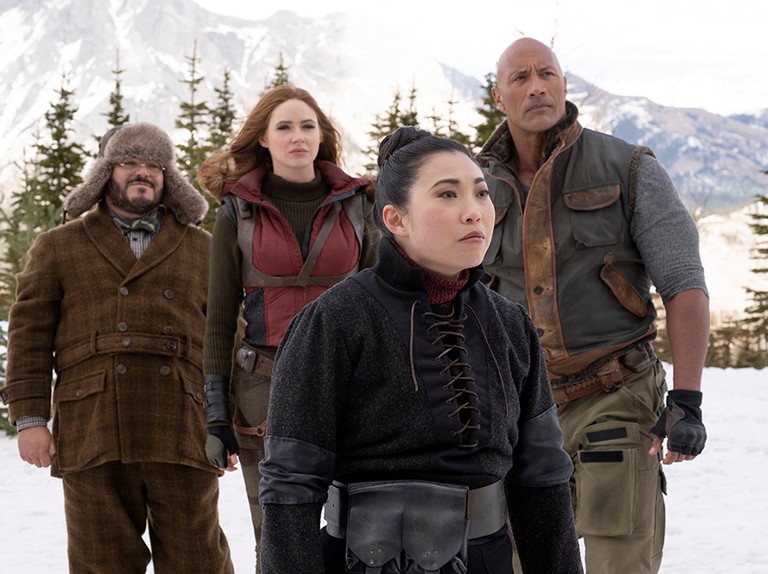 Following the Jumanji series from 1995? From the end of the 90s to the beginning of the 20s, this franchise ranks among the most popular and established movie franchises out there. All the Jumanji movies have been highly popular and we can’t wait to discuss it all with you. From intriguing storylines to intense graphic scenes, these movies surely deserve special mention.

How Many Jumanji Movies Are There?

Ready for an adventurous ride? We are heading again toward the Jungle! The game is set to begin. If you have been a loyal fan of this franchise, then you already know the count but for those who have forgotten about the golden Jumanji movies, let’s refresh our minds! It all started with those two popular children’s books, Jumanji and Zathura, both written by the most talented children’s writer of all time, none other than Chris Van Allsburg. This is not a normal jungle but a gaming arena! Beware as the Jungle is filled with weird and crazy creatures. To get out of the mess, you have to win the game. All the Jumanji movies have received positive reviews out there. So on popular demand let’s get on board with the count of the day!

Starting with the oldest movie of the Jumanji franchise, released in 1995, Jumanji surely attracted a good chunk of the audience out there. Can you recall the magical board game? Alan and Sarah are ready for a crazy adventure journey. From releasing the trapped man to handling the twists and turns of the game, it is not going to be a joyous ride for them.

They must roll the dice wisely, one wrong move, and their life will be changed forever. Can they handle the shocks of the board game? If you love video games, then this movie is a perfect fit for your exclusive movie list. With a blend of fantasy, adventure, humor, and emotions, Jumanji is surely worth binging once. To know how Alan unlocked the magical chambers of the Jungle, you have to rewatch Jumanji exclusively just on Netflix.

Coming to the second movie of the franchise which dropped somewhere in 2005. Jumanji focused upon a crazy yet magical Jungle adventure but Zathura was a bit different from Jumanji! Based upon a similar type of storyline, as the title of the movie suggests it’s all about space elements! Up for a quick galaxy ride? Zathura: A Space Adventure is a sci-fi movie that also comes with a generous mix of magic and fantasy.

Walter and Danny, brothers from the same mother, are nothing but rivals in real terms. The movie begins with their sweet and sour relationship. No one would say they are brothers. But as the two discover the board game and go deep into the trap of Zathura, we will see how these brothers bond. They will soon realize that the game is taking charge of their real lives! Their little Lisa is in trouble. Can they finish this crazy ride of space?

ALSO READ – How Many Superman Movies Will Be There? Read To Know!

2. Jumanji: Welcome to the Jungle

Third on our list is Jumanji: Welcome to the Jungle! Many people don’t see  Zathura as a sequel movie since it wasn’t based on the Jungle! But the movie which was released in 2017 brought us back to the original plotline of Jumanji. With time the game has evolved! It’s not a board game anymore! Get ready to dig deep into this adventure Jungle video game. Featuring the very famous and iconic Dwayne Johnson, it’s about four high school friends who will soon get their hands on this extraordinary video game. Little did they know that it was a trap. From choosing their gaming avatars to helping out the trapped victims, they have leveled up the difficulties here.

1. Jumanji: The Next Level

Last but not the least, we have Jumanji: The Next Level! The team is back to help out a victim trapped in the game. They think they have mastered the skills, but they are unaware of the modifications made in the game. They need to think wisely and they must act bravely. Some new arenas have opened up. Get ready to visit the deserts! We are also traveling to the snowy mountains. Will they survive this time? Can they handle the pressure of the game? To know the answer to this question, you have to watch the whole movie! Stream Jumanji: The Next Level exclusively just on Netflix.

ALSO READ – How Many Iron Man Movies Are There In Total? Know Here!