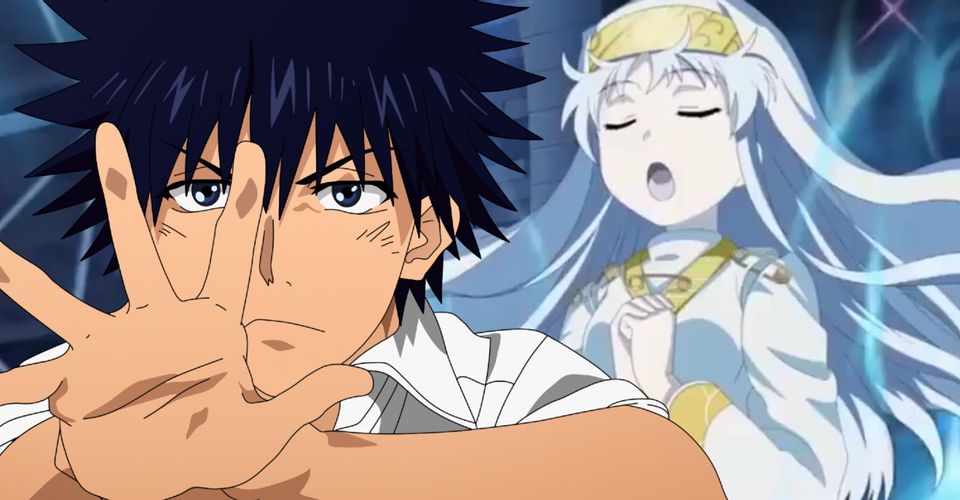 In terms of watching animated series with the unique use of graphics, the first thing that we get reminded of is anime. One cannot resist himself for not developing a fascination with it. We can easily find people who are addicted to it and they believe that their life is incomplete without these shows. This depicts how these anime series have influenced individuals all over the world. It is not only the characters that are admired but the concept also pleases the audience. Even though everything that appears in such a series is fictional, it seems like a real world full of adventures, action, and romance. Anime series such as Attack On Titans and My Hero Academia is evidence of their popularity.

Hence, we are also dedicating this post to an animated television series called A Certain Magical Index. Most commonly, we get to watch anime based on the light novel, and hence, like most Japanese anime series, A Certain Magical Index lies in the same category. From the first day of its release to the present, we have witnessed 3 seasons with a total of 74 episodes. But is it enough? Of course, not! Fans are experiencing a strong craving for the next season. So, we have mentioned the information related to A Certain Magical Index season 4, its release date, and other speculations.

Season 1 of this anime series had its first episode on 4th October 2008 while 19th March 2009 marked the airing of the last episode on Chiba TV. The next two seasons were made available for the people on AT-X. The second installment had the same number of episodes as that of season 1, i.e. 24. It started releasing on 8 October 2010 and concluded itself on 1st April 2011. A Certain Magical Index season 3 took 8 years to arrive and finally on 5th October 2018, fans’ expectations turned into a reality.

The creators haven’t come up with an official word or an online post on social media confirming the revival of the series. There isn’t any statement concerning its cancellation either. However, there exists a probability for season 4 to happen. While waiting for the third installment, we went through eight long years. Firstly, it seemed like we won’t be getting any for the seasons but suddenly the future of A Certain Magical Index received a bright hope. So, if this show can be continued after so many years, we expect season 4 to release in the coming time.

There is no certain factor that would create any obstacle in the path of planning for the next season. The audience’s reception and the story are also supporting our speculation. Apart from that, we expect A Certain Magical Index season 4 to release by late 2022 and most probably in October as every season continued its trend of releasing in that month itself.

The central character is Tōma, aka Tōma Kamijō. He is an average student and an ordinary teenager. Atushi Abe and Micah Solusood have given their Japanese and English voice, respectively. The second leading role is Index and she is 15 years old. Index Librorum Prohibitorum is her full name. Yuka Iguchi has provided the Japanese voice while Monica Rial has given the English voice. These two characters are the most important.

Apart from it, A Certain Magical Index also has Mikoto Misaka and Accelerator. In Academy City, Mikoto is known to be the most powerful electric master. On the other hand, Accelerator’s real name is not known but unaffected by this fact, he is a renowned figure in Academy City. It is because he is the most powerful esper. Lastly, the series features one more prominent character called Shiage Hamazura. It is voiced by Satoshi Hino in Japanese and by Clifford Chapin in English.
The speculated next season might have the same characters but their voice can have a different.

The series is set in a fictional town named Academy City. This city is a place to the several espers. Espers are those who execute psychic powers. Tōma is an average high school-going student who despite having a special ability, is considered ordinary. This ability is called Imagine Breaker. According to it, he can nullify any supernatural power. After he comes to know about a young nun, Index, and meets her, Tōma experiences a great transformation in the surroundings. He witnesses a completely different world.
A Certain Magical Index season 4 can continue further by picking up from where the third season had its conclusion.

The first season of the program was launched on 4th October 2008, however, you will need to wait for the release of the second season. Yes, the show’s creators have not yet made a season 2 announcement, and the chances are also getting slimmer. Therefore, we are unable to comment on when the season 2 trailer will be released. But I believe you should first view the trailer if you haven’t seen the first season of this show.