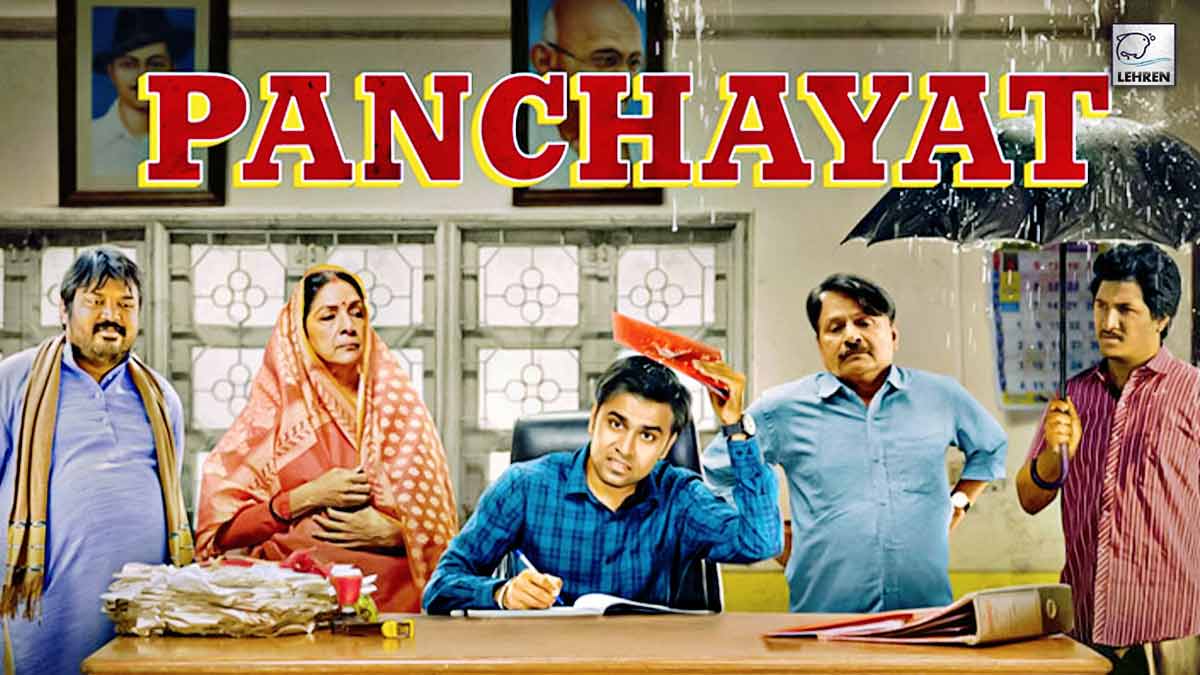 Panchayat is a popular web series of The Viral Fever (TVF) on Amazon Prime Video. Directed by Deepak Kumar Mishra, Panchayat is set in a village called Phulera in Uttar Pradesh. A city boy came to Phulera as Panchayat secretary and experienced all aspects of village life. Initially, he finds it difficult to stay in the village but now he is very familiar with the village and its atmosphere. The series is a comedy-drama that covers the day-to-day incidences of a normal village, conflicts among people, friendships, and village politics. So far, two seasons of Panchayat have been released. after the huge success of Panchayat Season 1, users were eagerly waiting for a season 2. And now after the suspense that season 2 left at the end of the series, netizens are demanding a season 3 soon.

The point where season 2 ended left so many questions and excitement in the minds of viewers. Everybody is expecting a season 3 very soon. But what are the makers’ stand on this? Will there be any season 3 of Panchayat? If yes, then when does the Panchayat season 3 will release?

After releasing all the 8 episodes of Panchayat season 2 on 18th May 2022, there is a buzz in the industry for season 3. Various industry sources are saying that the makers of the series will bring a season 3 at the end of 2023 or somewhat at the beginning of 2024. However, there is no official announcement for the Panchayat season 3 release date by the makers. Notably, the lead actor of the series Jitendra Kumar has hinted audience about season 3. He said that they are expecting season 3 of Panchayat as well. Additionally, where the story of season 2 ended there has to be a season 3. Hence, it is almost confirmed that TVF will bring Panchayat season 3. But when season 3 will release has to be seen.

Panchayat takes you to the life of a normal village in Uttar Pradesh where a new Panchayat Secretary Abhishek Tripathi has been posted. Abhishek is a young boy from the city who aspires to clear CAT, do an MBA, and get a high-paid job in the city. But till his CAT doesn’t clear, he decides to continue the government job as a Panchayat secretary in Phulera. He faces various challenges to settle down in the village’s atmosphere.  But soon, he finds some good friends in the village and continues his job. In the 2 seasons of Panchayat, there is lots of drama, comedy, and village politics. Panchayat is the story of friendship, belongingness, and the struggle of Abhishek with villagers amid the politics of the village.

Season 2 of Panchayat ends with a transfer order for Abhishek. The MLA of the district was angry when the villagers of Phulera didn’t allow him to enter the village to pay condolences on the martyrdom of a village boy. MLA blamed Panchayat Sachiv (Secretary) Abhishek for this and release his transfer order. Season 2 ends with the transfer order in the hands of Rinki and her mother, who is elected Gram Pradhan (Village Head). Now, for season 3, a new storyline is expected as Abhishek has to move to some other place. It has to be seen in season 3 that Abhishek moves to another village or his friends find some other solution. Secondly, at the end of season 2 village’s Up-Pradhan (Deputy Head) Prahalad Pandey’s son Rahul Pandey who was a soldier in the army dies. Now it has to be seen how this incident will change the equation among the villagers.

Notably, there is no exact idea about the story of Panchayat season 3. But as in the episodes of season 2, this storyline is expected by the fans of the series. However, you can follow the official pages of TVF and Amazon Prime Video to get updates on the Panchayat season 3 story.

MORE FOR YOU: When Is Home Shanti Season 2 Release Date Coming Before The Fans?

As there is no official announcement of Panchayat season 3, the confirmed cast of the series is not known. However, the major characters who were there in season 1 and season 2 will also be seen in season 3. However, if the track of Abhishek’s transfer to some other village will be shown, then there will be an addition to the star cast of the series. Viewers will some extra cast with a new story.

In Panchayat season 3 again you will see popular actor Jeetendra Kumar in the lead role as Panchayat Sachiv Abhishek Tripathi. Raghubir Yadav as Brij Bhushan Dubey, who is the ex-Gram Pradhan and husband of current Gram Pradhan Manju Devi. He is popularly known as Pradhan Ji among villagers.  Chandan Roy will be seen as Vikas, Gram Sahayak of Phulera. Neena Gupta as Manju Devi, the current Gram Pradhan, and Sanvikaa as Rinki Dubey, the only daughter of Brij Bhushan and Manju Devi. In season 1 and season 2, we have seen Faisal Malik as Up-Pradhan Prahlad Pandey. He will be also seen in season 3.

Apart from these main characters, there were supporting characters and guest appearances in the shows. Some of these characters will be repeated in season 3. The MLA Chandrakishore Singh played by Pankaj Jha, Abhishek’s friend Prateek played by Biswapati Sarkar, and villager Bhushan played by Durgesh Kumar his wife Kranti Devi played by Sunita Rajwar are expected to be seen in season 3 of Panchayat as well. Not it has to be seen, what new characters makers will add in season 3. Will Abhishek clear the CAT and get a job in the city? Where the story of Panchayat goes further?

The Panchayat season 2 continued the story of season 1. The friendship of Abhishek, Pradhan Ji, Prahlad, and Vikas has become stronger in season 2. Rinki and Abhishek are also shown quite close in season 2. However, the love angle between the both is not demonstrated yet that the fans were expecting for a long time.

In order to confirm the win in the next Panchayat election, Pradhan Ji has to make the road of the village that connects the main road as per his promise in the previous election. For this Pradhan Ji and his team approaches the MLA but rather than approving the funds for the road, MLA sends Pradhan Ji, Prahlad, and Vikas to a protest rally. The three got arrested by police during the rally. Abhishek steps forward to release the three from jail which infuriates the MLA. He abused Abhishek in front of everyone for failing his plan. This even affected the relationship of Abhishek with his friends for a while and he decides to go home when MLA was about to visit the village.

The next time when Pradhan Ji and his team invites MLA for an event in the village and ask to think about funds for the road, he again abused Abhishek in his absence. He not only abused Abhishek, but said ill words about Prahlad, Vikas, and Pradhan Ji. Hence, the team decided to continue the event without MLA. However, before the event, bad news struck the village. Prahlad’s son Rahul who was in the Indian Army dies while fighting the enemies. On his cremation, when MLA tried to enter the village Manju Devi, Rinki, and other Villers protested against him and didn’t allow him to enter as he abused Prahlad a few days back. The infuriated MLA blamed Abhishek for this act and order his man to release Abhishek’s transfer order.

Season 2 ends with a sad and lonely Prahlad whom his friends try to give strength to his big loss. Now in season 3, it has to be seen how villagers and Prahlad deal with MLA. What happens when Abhishek will receive his transfer order? How will villagers bid farewell to Abhishek and will he pass the CAT exam? The chemistry of Abhishek and Rinki will also be exciting in season 3 of Panchayat.

Season 2 of Panchayat has been released on 18th May 2022 only. And yet there is no official announcement about the release of season 3 and its story is been made. Hence, the trailer of Panchayat season 3 is also not released yet. However, you can follow TVF, Amazon Prime Video, and the lead cast of the show to get any update on the Panchayat season 3 trailer.

Where To Watch Panchayat Season 3?

1. When will the Panchayat season 3 release date arrive?

Till now, there is no official announcement regarding the Panchayat season 3.

2. Is the shooting for the Panchayat season 3 started?

The filming has not started yet.

3. Who will be the cast of Panchayat season 3?

The cast is not revealed yet as the third installment has not been announced.