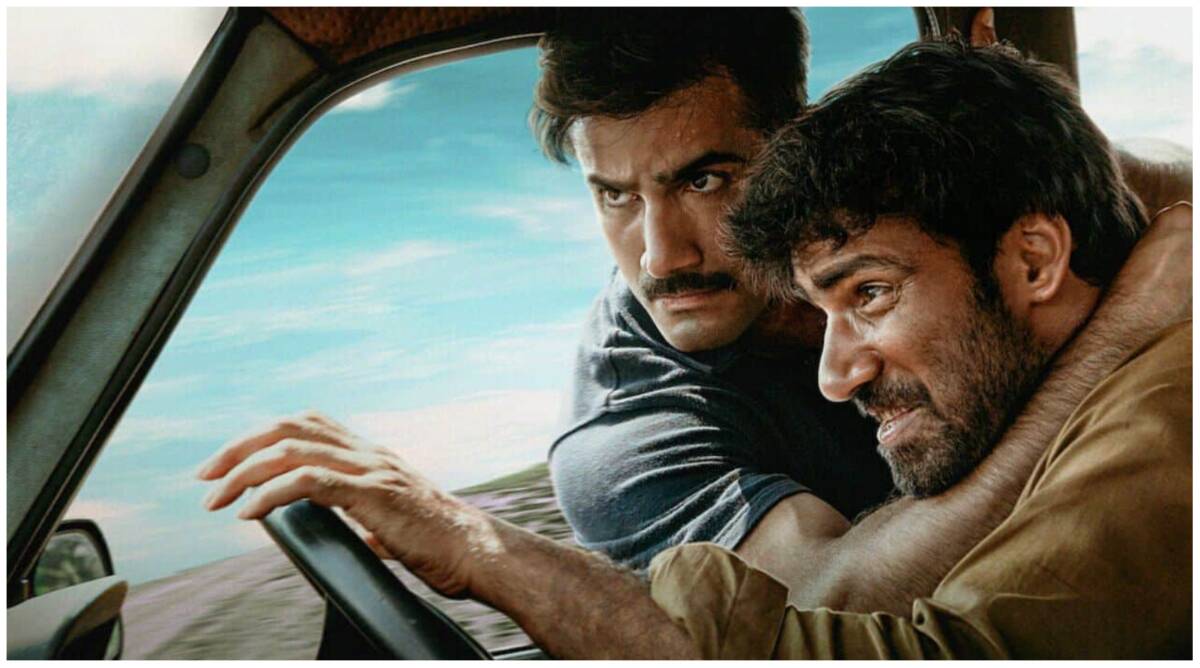 Khakee – the Bihar chapter based on the true story of a brave IPS police officer Amit Lodha A treat for the mass-loving audience. If you are a person who loves series of genre action, drama, crime, and politics, then you should not miss this series. It is a series directed, written, and produced by Neeraj Pandey.

The series is directed by the star director Neeraj Pandey with the main role of Amit Lodha cast by KaranTacker. The story is based on a book written by Amit Lodha himself named ‘Bihar Diaries’. The story of the series dates back to 2004 and takes place in Bihar. During those times Bihar was dominated by gangsters and the crime rate in Bihar was out of the chart even policemen feared to set foot in Bihar. In this article we will see the bravery of officer Amit Lodha as shown in the much-hyped series khaki-the Bihar chapter, we will also know about its release date and its rumored sequel khaki the Bihar Chapter Season 2.

The most awaited series Khakee- the Bihar chapter was released on 25th November 2022 on the popular OTT platform Netflix. Till now the series has got a very good response from the audience and they are very much interested in its sequel if there’s one. Till now there is no official announcement regarding the sequel of the series. And the story of Amit Lodha and Chandan has come to an end in the last episode of season 1 but still, there might be a little chance of season 2 since there are many stories mentioned in the book – ‘Bihar Diaries’.

Overview Of Khakee: The Bihar Chapter

Who Was Amit Lodha?

As mentioned before the story of this series is based on a book written by Amit Lodha- ‘Bihar Diaries’. But who was this, Amit Lodha? Come let us find out. From his childhood, Amit Lodha Believed that any civil service can bring a positive change in society besides this His grandfather was also an IAS officer and inspired by him Lodha wanted to become an officer when he grows up.

Amit Lodha was a very bright kid, He cracked the IIT exam on his first attempt and joined IIT Delhi.
Everything was going well till here but then all of a sudden Lodha was under the shadows of depression. He started to suffer from an “inferiority complex” which made his college days a nightmare.

In an interview when he was asked to describe his fight with the inferiority complex, he described his struggle as follows, “I was suffering from depression, I could not succeed in any tasks, every moment I had suicidal thoughts in my mind, I felt like the unluckiest person in the world. My grades got worse and worse, and I suffered from a lack of confidence, my friends liked me because of my kindness but no one wanted me to be their first choice, and never invited me to any parties because I was always an introvert and strange, I could never get along with anyone”

This is when he decided to take UPSC Exams and this changed his life forever in a good way. He was an officer of the 1988 batch, his style of working and his loyalty, and simplicity impressed locals, they called him ‘Super Cop’

The Plot Of Khakee: The Bihar Chapter Season 1

The series has 7 episodes till now each with a runtime of 40 to 60 minutes currently available in the
Hindi Language. During the year 2004 Bihar was full of crime mafias, and laymen were tortured to death on daily basis. At such time Amit Lodha was appointed in Bihar. The whole story circles around mainly two characters Super cop Amit Lodha cast by Karan Tacker and local mafia gang leader Chandan. The series shows a glimpse of torture faced by locals on bus stands, at Railway stations, etc., and how our super cop worked hard and smartly to bring balance to the locals by neutralizing the mafia gang leaders.

Has won Police Gallantry Medal for playing with his life and emerging alive and successful in cracking a Naxal case. Caught one of the most notorious gangsters known as ‘Gabbar Singh of Sheikhpura’. Has won President’s Police Medal for Meritorious Service. Won the Police Medal for Gallantry and the Internal Security Medal. Awarded with Gallantry Award for his bravery. He was also a very good writer, he wrote a successful book in his first attempt ‘The Bihar dairies’.

Who Is Neeraj Pandey?

Neeraj Pandey is a brilliant Indian Hindi language cinema director, producer, and screenplay writer born on 17th December 1973, whose debut movie was a successful thriller -‘A Wednesday!’(2003). His second movie was Special 26 (2013) followed by Baby (2015) latter he directed the biopic of the Indian cricket legend- ‘MS Dhoni with the name ‘M.S. Dhoni: The Untold Story which was a Blockbuster at the box office. Besides being a Director, Neeraj Pandey is also a writer and has written a novel named ‘Ghalib Danger’ in 2013. His other works include Web Short ‘Ouch’ starring Manoj Bajpayee, and coproduced ‘Toilet- Ek Prem Katha’. His first web series was ‘Special Ops’ released on Hotstar which was very successful. His only unsuccessful venture to date is Aiyaary which starred Sidharth Malhotra and Manoj Bajpayee.

Is It Worth Watching?

If you are confused about whether to watch the series or not then let me help you If you are a mass-loving person that is, if you love to watch series or movies which belong to action, crime, or politics then this series is a must-watch for you. If you are a person who very much cares about making and
the approach of the story in a series then to you must watch this series because I am sure director Neeraj Pandey won’t break your expectations.

MUST READ: Top 20 Bollywood Celebrities Who Married Their Fans!