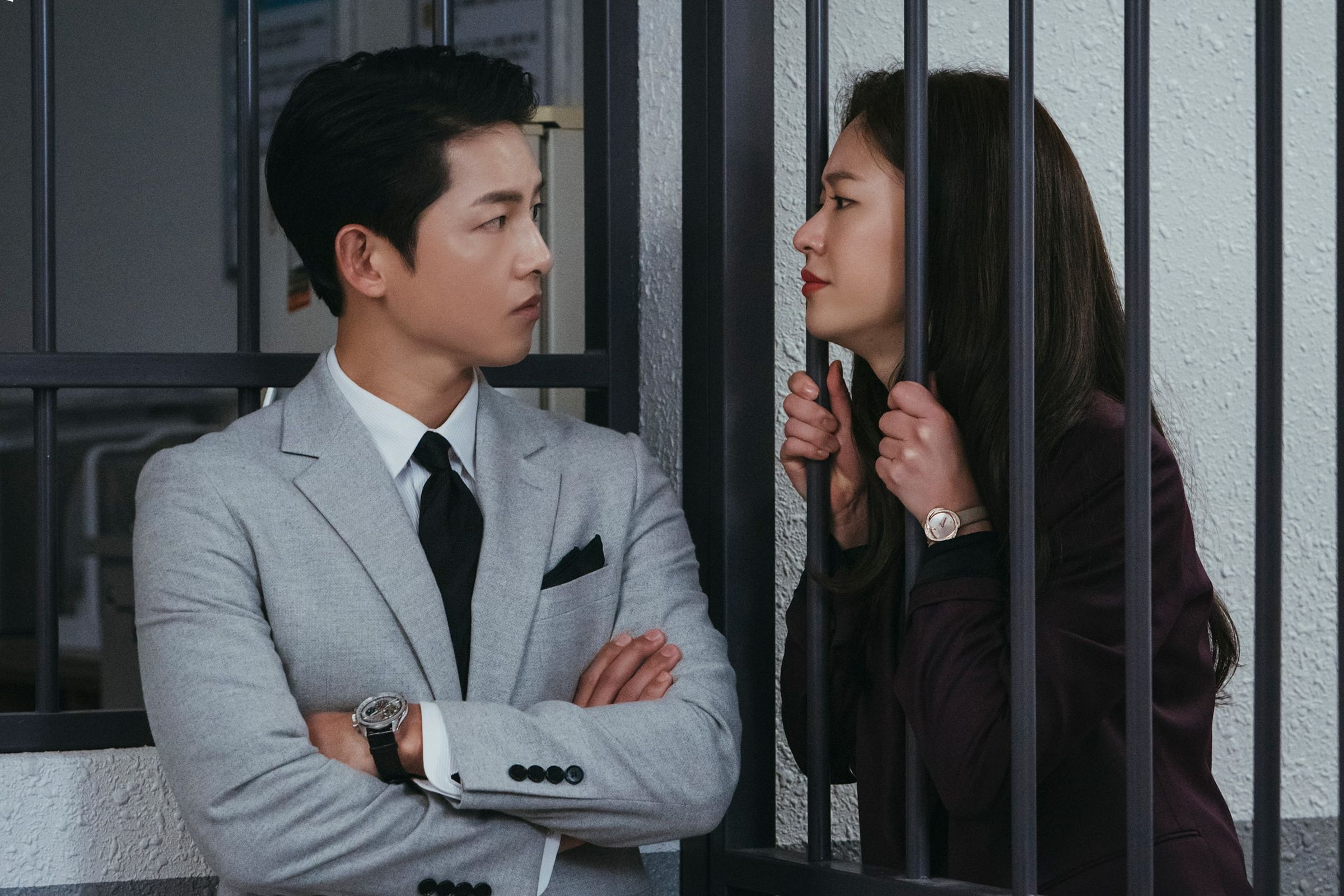 If you are a person who is into Korean dramas, then you will be definitely familiar with the popular K- series Vincenzo. The series is known for its humor and action scenes.

The series directed by Kim Hui-won with Song Joong-ki as the main lead was streamed on the South Korean TV channel TVN from 20th February 2021 till 2nd May 2021 and also each episode was then released on the popular OTT platform – Netflix. This series had a whooping response from the audience and saw huge success, Audience are eagerly waiting for the sequel of the series – Vincenzo Season 2.

As mentioned earlier Vincenzo season 1 was released on February 2021 and the last episode of the series was on 2nd May 2021, but every now and then the series gets in the trending section of the Korean Netflix platform and It is in the top 10  Korean series list of Netflix and has 8.4 of 10 ratings on IMBD. No wonder that the audience is waiting for its sequel, But till now we don’t have any official release date from the production team, at an event  The Golden Horse Film Master Class held in Taiwan On November 14, 2022, the Vincenzo screenwriter Park Jae-bum’s statement has re-awaken the possibility of Vincenzo Season 2.

Along with many questions, the reporters asked him, will there be a sequel for any of his popular K-series. To which he replied that He would be happy to consider Vincenzo Season 2 as his next project, and is being inspired by everyday situations to write his new project.

A Quick Recap Of Vincenzo Season 1

Season 1 of the series had 20 episodes each with an average duration of about 70 to 80 minutes.

Vincenzo was originally from South Korea, at a small age, he was adopted by an Italian couple and left Korea. Then later, as he grew up, he joined gangsters in Italy. A boss of a gangster group adopted him and gave him the name as ‘Vincenzo’. Time went by and Vincenzo grew his terror in the area and also became a lawyer in the profession.

Things start to get messed up when his adopted father dies and his father’s natural heir gets Jealous of his growth and attempts to kill him. Later in the story, he plans to go to South Korea in an attempt to rob the enormous amount of gold But when he goes to Korea, he finds himself in the middle of an illegal drug company. He also gets in conflict with the female lead of the story later which turns into friendship. From here the story gets an interesting turn as the hero chooses to fight for a good cause. In the end, finally, the hero succeeds in taking revenge.

The story ends with the hero leaving all the gold he robbed, back in South Korea, and fleeing to Malta.

Why Should We Expect Season 2?

There are multiple reasons to expect the existence of a sequel for season 1. In the final episode of season 1, Vincenzo left his lover and gold that he fought for back in South Korea and was forced to leave Korea so he had to flee of to Malta. This has created multiple questions among the viewers. Since He has not fulfilled his goal, has not met with his lover and most importantly there is no clear ending to the story in season 1, there are most chances that there will be a sequel to season 1.

READ MORE: One Of Us Is Lying Season 3 Release Date: Who Will Be Back?

Why Is This Much Awaited?

Most of the story stories nowadays have become boring and repetitive. But here Vincenzo stands out for its storyline. The Villains in the story are not muscular giants like in other series, but they are smart Lawyers! Yes, you read that right. Another outstanding fact about this series is, although it is an action-adventure-related series, humor is at the next level. If you ask me to categorize it, I would mostly add it to the category of Comedy. And the main tagline or the main thread that can be associated with the series is “ Evil Turns Good “.

So, here are the complete details of the budget for the series and its collections,

Vincenzo was made with an estimated budget of 18 million US Dollars, although there are no clear details of the earnings made by the series it is estimated that the series has earned a lot more than the spent amount. The series has won multiple prestigious awards and it is also in the top 10 most-awaited Korean series, hence we can conclude that season 1 of Vincenzo was a massive Hit.

We are sure that the main characters of the series are Song Joong-ki as Vincenzo, Jeon Yeo-been as Hong Cha-young, Ok Taec-yeon as Jang Jun-woo also Kwak Dong-Yeon as Jang Han-Seo and Kim Sung-Cheol as Hwang Min-sung are expected to continue and also we might see few of supporting roles. A new villain is expected but we do not have any official information related to the cast of  Vincenzo Season 2

What May Be The Story Of Vincenzo Season 2?

Till now there is no official update regarding the story of Vincenzo season 2. But there are many assumptions from the fans on Twitter. Many say that Vincenzo will return to South Korea in disguise and will meet his lover and tries to flee away with the gold he robbed, we may expect a new villain in the next season. Well, there is only one way to find out, and that is just to wait for an official update.

Is It Worth Watching?

If you haven’t seen Vincenzo till now and you are confused about whether to start watching it or not, Well here is my conclusion.

If you are a person who likes to watch Korean content and you love series which belong to the dark-comedy, action, and adventure category then this series is a must-watch for you.