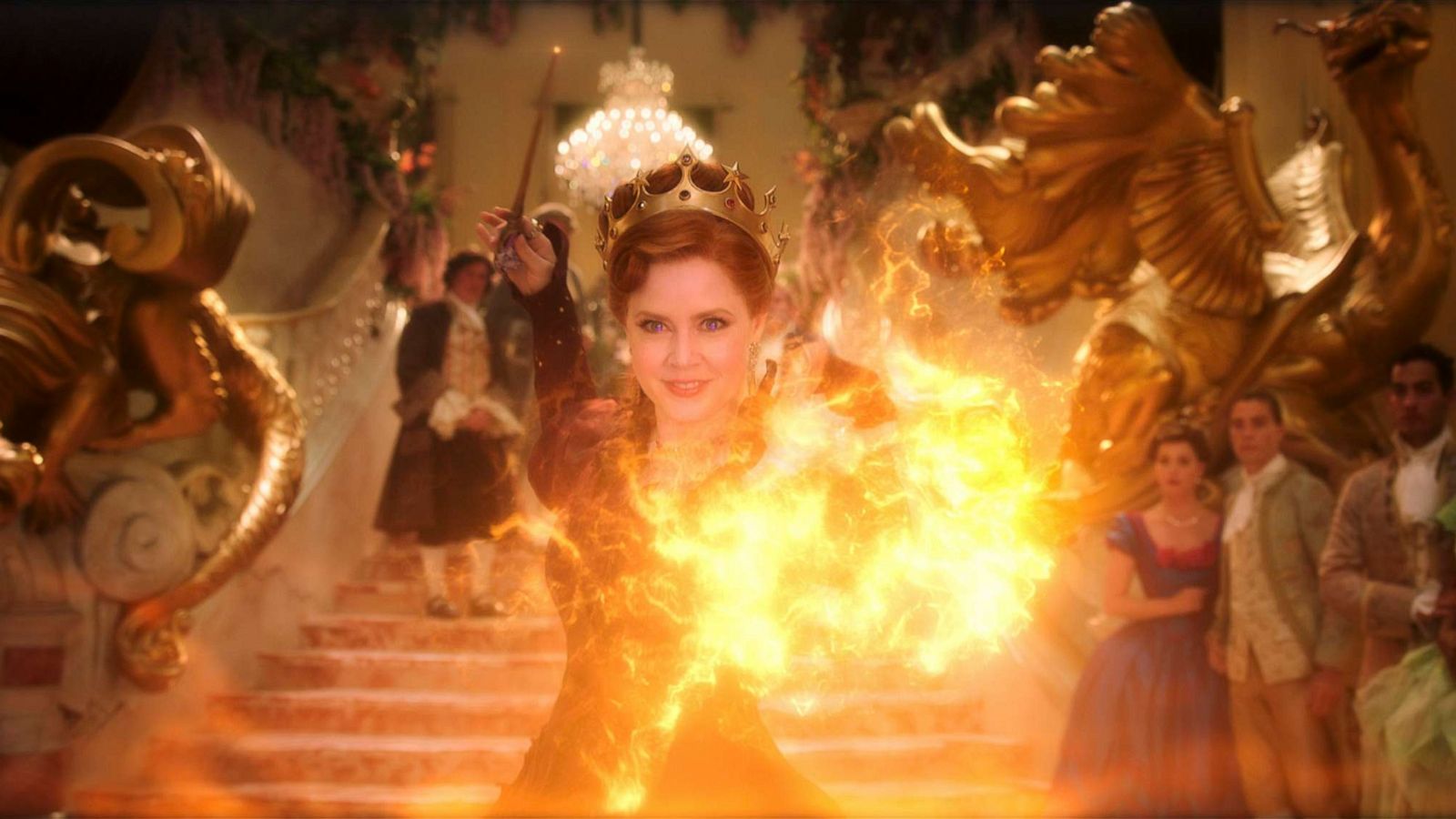 Ah, the fairytale life. It’s supposed to be all cupcakes and rainbows and sweet duets all the way till the end. Except that’s not how things work in Monrolasia. Here, the fairies are wicked, the wands are cursed, and the children are traumatized! (Not too much though, I promise!)

And that’s what Disenchanted gave us this year! Released in the chilly days of November, we thought the warm, fluffy Disney magic would keep us toasty but this movie had other plans for us. Plans that underwhelmed us to the point of no return.

It’s very hard for me to turn away from a movie from the fantasy genre but Disenchanted has achieved the damn near impossible and made me want to hope it doesn’t come back, for the sake of the golden era that the original movie, Enchanted, was released in. I can’t have these remakes spoil that lovely memory. NO, SIR! I WON’T HAVE IT!

But enough of my frustrated ramblings. Because even THEY fail to do justice to the mess Disney has spawned this time. Don’t believe me? Let me convince you further. But first, let’s see if the producers are bringing Disenchanted back or not. (please don’t!)

Disenchanted, the sequel to the masterpiece ‘Enchanted’ which was released all the way back in 2007, was met with a lot of negative reviews despite the hype around it that built up following its trailer release. but then, it’s to be expected. Just because a movie has a few snippets of decent acting doesn’t mean it can hold the torch throughout the course of two hours now, can it?

And this is exactly why I am quite relieved, for the first time really, to find no whisperings, no gossip regarding a second part in the making. No. Nada. All is quiet on the Disney front and I couldn’t be happier! One sequel was QUITE enough for the rest of my life. I really don’t want to see a second part spawning from Disney Studios’ behind and ruining whatever good memories are left of Enchanted, which I happen to adore.

To make it clearer, NO, there won’t be another part of Disenchanted coming out anytime soon. And, hopefully, never. Still, if anything stirs in the Disney realm, you’ll be the first to know.

Disenchanted: The sequel that simply did not deliver.

I know, I know. I sound bitter today. And hey, maybe I am. Was it too much to ask to leave the original movie alone, which worked quite as well as a standalone, if they couldn’t muster the finesse to create something that could at least level with its predecessor?

And yet, what did we get, an old cast, used-up bland dialogues, and a bland direction? I’m sorry but Disenchanted was supposed to take us all on a merry magical ride and it failed to do so. The movie began at a glacial speed, dragging on and on for what seemed like ages before any action occurred.
And even that is average at best.

There is no depth to the new characters either. Morgan is a typical teenager, having a typical stepmother-daughter relationship, and is the man of the house. As usual, he doesn’t really play as big of a role in the movie. Or even if he does, I really couldn’t be bothered. And this is not my fault! This is what happens when you focus too much on the effects and too, way too little, on the script, Briggit Hales. Should’ve known better. rolls eyes

Our dear Amy Adams was the only one keeping this mess of a movie afloat. because it was an absolute waste. And I say this with the sweetest disposition possible!

Fine, James Marsden as Prince Edward works too, I guess. but that’s just because of his looks because other than that his acting felt forced. the same with Robert Dempsey. And this came as quite a shock because what the hell? With a star cast like this, you’d think they could manage a single emotive dialogue between them. But NO! All they gave us was flat delivery that became a hindrance because as viewers, you want to be able to connect with the characters, do you not?

Well, that wasn’t possible at all and you can blame Disney for that. They tried to force-feed us into a story that had already perfectly ended years ago and now this is the result. So next time, dear producers, THINK before you direct, will ya? Peace out.