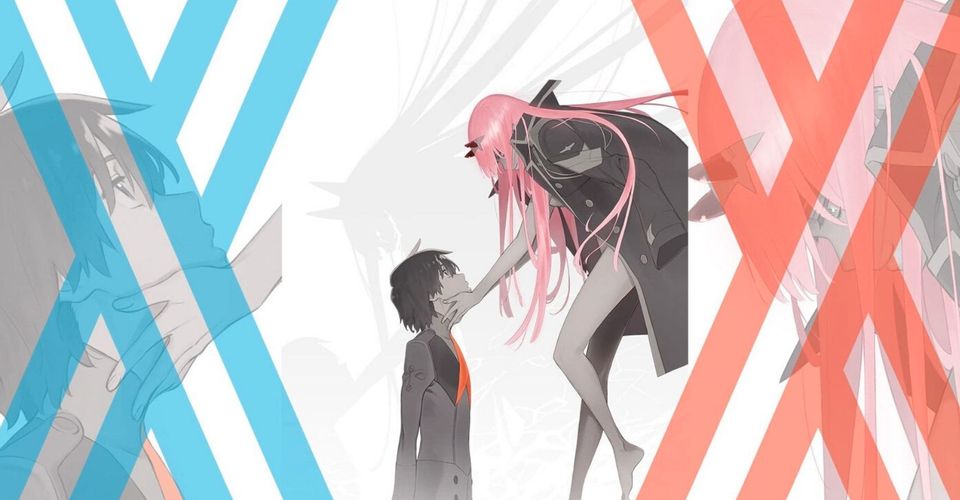 Zero two is the deuteragonist of the anime series called DARLING in the FRANXX. Zero Two is an elite parasite with the code name “002,” also known as the “Partner Killer”. Despite having hatred towards humans she still decided to be Hiro’s partner as she was intrigued by his demeanor. After riding with Hiro three times they became the newest members of the 13th Plantation.

When it comes to her personality she is viewed as alluring, dangerous, and cold as she was an Elite Piolet. Also because she was regarded as a monster for the majority of her existence. Her outlook on life was skeptical, which is why she didn’t bother giving herself. She believed they were all meant to fight and die. With the help of her mocking humor, fatalism, and disconnectedness, she always kept people at a distance. Zero Two also openly expressed her disdain for human society.

It was later revealed that she is a very uncooperative, passionate, harsh, self-confident, insolent, assertive, and carefree girl who despised following the rules formed by the adults. Zero two was assertive and candid, and unlike the other Parasites, she didn’t care about Papa. She had no respect for him or the other Sages, seeing them as manipulative and dishonest.

It seemed like she only cared about herself, and having said that, she was incredibly insecure about not being human. As the anime progresses, she learns from her past mistakes and becomes more friendly, accepting, and understanding. They claim that even if they died, the paths they had taken would not be forgotten.

Hitagi Senjougahara from the series Bakemonogatari is a third-year high school student who is thought to be a frail-looking girl suffering from an “incurable illness” and who is estranged from others. Just like Zero two she is quite blunt and expresses her opinions freely while keeping a straight face which sometimes can be freighting. Having a conversation with her can be a challenging task.

She threatened people with stationary objects and disliked kids. But she eventually overcomes her trauma and becomes cheerful, energetic, and enigmatic even though her sharp tongue never completely vanishes. Just like Zero Two she learned from her past and overcame her trauma which in turn refined her original personality.

She is the female protagonist of an anime series called Spice and Wolf. She is considered as a female spice deity in the town called Pasole but as the people stop believing in her she runs away from the town with Lawrence. Her personality is similar to Zero Two in terms of her haughtiness and self-sufficient attitude. She is also fond of food and has a sweet tooth like Zero Two.

With the help of Lawrence’s nature and her past, she slowly accepts the fact that she hates being alone, as she was alone all this time in Pasole. Just like Zero Two she was also feared because of her form and was considered dangerous by humans even though she provided them with grains.

She is the pilot of the NirvashType the End and also a soldier of the United federation she is always seen with her overweight pet badger named Gulliver. Other than her pink hair she has many personality traits that are quite similar to Zero Two. she is a cold-hearted, gloomy, and aggressive girl toward others, prone to violent tantrums.

When not under the inﬂuences of the neurological stimulant drugs, she is prone to violent tantrums and becomes agitated when told to carry out a mission with TheEND. She is not afraid and never backs down from a mission even if she could get gravely injured. Later she reconciles with her emotions and becomes more self-aware; she becomes more warm and polite after not being drugged for a long time.

This character is from Code Geass. She is the main character and is a witch who is immortal. Many a time, she is known by the name C2. She confers power to Lelouch as he fulfills one of the great wishes of C.C. With the help of this special ability, Lelouch can make anyone follow his order.

C.C. looks after him so that he remains alive for the contract between them to be intact. Both of them are close to each other and C2 even guides what to do and what not to do.

She is a character from the anime series, Zetsuen no Tempest. Fuwa Aika’s parents were killed earlier and her boyfriend, Yoshino also died at that time. Mahiro, her brother makes up his mind for revenge and decides to find out the reason behind the killing of his parents and Yoshino.

The similarity between their personalities is difficult to ignore, all the characters mentioned above had their demons to fight with. They were perceived as rude, aggressive, and moody but they were just wounded by their past experiences. All these characters just needed time to heal and find who they truly were.

All they needed was love, time, and acceptance from the person they valued the most. Eventually, they all discover the true essence of their lives and start viewing the world from a different perspective. If you love Zero Two you will love all these characters as well!

ALSO READ: BEST TURKISH SERIES EVER THAT YOU MUST ADD TO YOUR WATCHLIST!