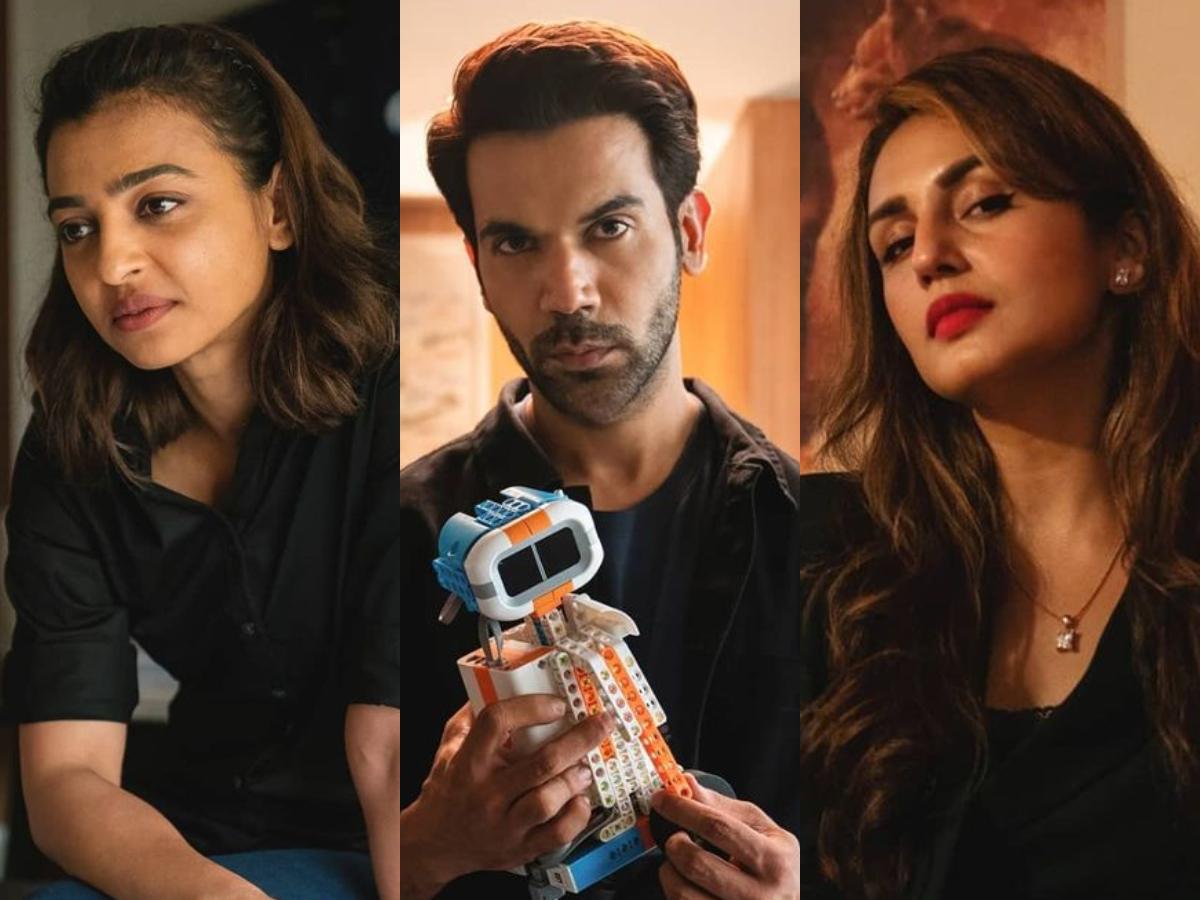 If you want to have a list of movies similar to the recently released Monica O My Darling, then you are in the right place. This movie explores a different kind of genre, which is less explored at times in India. This neo-noir crime, as well as a comedy thriller, is a must-watch and if you are here, then most of you have already watched this movie and are amazed by it. This movie ought to be watched by all! If there is a Radhika Apte movie, it is bound to be critically acclaimed which is partially the scene with this movie.

This movie has garnered about 7.6 ratings on IMDB and 79 percent on Rotten Tomatoes, which is remarkable. An ensemble of a few of the most amazing actors, who are renowned for their skills and movies, plays the lead role in this movie. We can see Rajakumar Rao and Huma Quereshi along with Radhika Madan, one would want to watch it numerous times just for the cast.  For the ones who haven’t watched the movie, the plot of the movie is based on a Japanese novel authored by  Keigo Higashino. This novel, which was published more than three decades ago, was finally adapted into being made into a movie.

This movie which was created by Vasan Bala premiered on Netflix on 11 November, the year 2022. In this movie, we can see a young man that is Johnny essayed by Rajkumar Rao has a dream of becoming a successful man. Well, he doesn’t try the right way rather along with some strange group he planned up a murder but does anything ever goes according to the plan?NO! We can see subsequent events unfolding, with a nice twist and it has a few amazing, hilarious dialogues.

The titular role of Monica is essayed by Huma Quereshi and the ACP who investigates the murder is essayed by Radhika Apte. The ones who are yet to watch Monica O My Darling, need to go watch it as soon as possible. The movie has all kinds of drama embedded in it, just like the novel it was inspired from that is “Heart of Brutus”. This movie is onset to be the commencement of this genre in Indian cinema, hopefully, we get to see more of such things.

If you enjoyed Monica O My Darling, here is a list of ten such movies which is perfect for you to enjoy.

READ MORE: 17 Movies Based On Hindu Mythology That Is Must-Watch!

First up on the list is Lootcase which was created by Rajesh Krishnan and released in the year 2020. This movie even though accumulated mixed reviews, the attempt in the black comedy genre was commendable and we would like to see more of it in the future. The plot of Lootcase is mainly around Nandan essayed by amazing actor Kunal Kemmu who is a man from an ordinary family. Along with him, we get to see Rasika Dugal who essays the role of Nandan’s wife, Lata, and  Vijay Raaz who is sort of the villain of the story by essaying the role of a Gangster.

We also get to see Ranvir Shorey as a police officer and Gajraj Rao essaying the role of an MLA. Nandan finds a bag full of cash and then we see a series of problems happening to him with his life in danger, how he overcomes and comes soaring up high. This movie has gained 7.6 on IMDB, which definitely adds to this list of movies.

Where to watch Lootcase: One can catch up with Lootcase on the Disney+Hotstar streaming platform and enjoy it.

There are going to be just a handful of people who have not watched this masterpiece! Like, anyone could easily watch this movie again and again for its plots, the lead actors, or the different genre explored by filmmaker Sriram Raghavan. After Monica O My Darling, one needs to come back for this movie, reminisce about it, and remember when the era of dark comedy commenced in Indian Cinema. This genre is the same as Monica O My Darling, with the cast with Radhika Apte essaying a vital role and the two of most praiseworthy actors of Indian Cinema, Tabu, and Ayushman Khuranna.

One should blindly start watching a movie starring any one of these actors as it is going to be worth one’s time. The way the movie ended the movie as open-ended or the never-ending mystery throughout the movie, even though few scenes were quite violent, one cannot stop watching it. It is based on a blind pianist and then a murder taking place.

Where to watch Andhadhun: To watch this movie, one needs to have a subscription to the Netflix streaming platform and enjoy it.

The third on the list is Joji which was created by a Malayali Filmmaker namely Dileesh Pothan. The plot of the movie surrounds the actor who essays the titular role aka Joji, who left his engineering studies midway. Like most people, he dreamt of a luxurious life and becoming rich but a self-made one.  Joji is one of the three brothers along with their scary father. This movie is adapted from Macbeth, one of the famous William Shakespeare stories.  A series of activities happening after the three brother’s father is suddenly ill is where the story begins.

Where to watch Joji: One can watch this crime thriller on Disney+Hotstar.

One more famous movie from the crime comedy genre is Bunty Aur Babli, which was produced a decade ago but is so refreshing with amazing dialogues. As the title suggests, it revolves around Bunty and Babli which is essayed by Abhishek Bachhan and Rani Mukerji. This is a feel-good movie, with the crime being depicted in a comical way. The missions pulled off by both the leads and the DCP trying to catch them, it is a must-watch.

Where to watch Bunty Aur Babli: One can rent this movie on either Apple TV or YouTube.

One more classic is added to this list which was created by Vishal Bhardwaj. In this movie, we can see the black comedy genre being explored in a sort of vicious way and setting up a way for more such movies. Priyanka Chopra essays the role of the main lead so effortlessly, that it makes one get chills. This movie was based on a short story by Ruskin Bond, in a way where Sussana set out to find the right man and was ready to do anything to fulfill the quest. This movie is critically acclaimed all over the globe.’

Where to watch 7 Khoon Maaf: This masterpiece can be watched on the Netflix streaming platform.

This movie, which marked the debut of Neil Nitin Mukesh, has sought 7.9 ratings on IMDB. We can see many established actors in this 2007 movie such as Dharmendra, Vinay Pathak, Rimi Sen, and Govind Namdeo. This movie which has the neo-noir genre has a plot around five men involved in gambling houses. We see everything going smoothly until Neil’s character gets greedy for more money and things go haywire. This movie was again critically acclaimed and has several remakes made in different languages.

Where to watch Johnny Gaddar: This movie can be watched via the Amazon Prime Video platform.

READ MORE: 20 Movies Like Vikram Vedha That Are Full Of Action!

This movie, which was based on Once Upon a Crime, had a cast including Shahid Kapoor, Kareena Kapoor, and Akshaye Khanna. We can also see Paresh Rawal essaying a vital role. The movie commences with the murder of Sonia and a full-fledged investigation starting. Akshaye who is the Chief here sees all of the related people to her as a suspect. This crime thriller goes through a series of ups and downs, giving a proper dose of “What’s going to happen next? Whos the killer?”

This movie, even though it’s a bit old is a movie with the proper blend of drama and comedy. This Anupam Kher movie revolves around Kamal Khosla in his bid to retrieve his land along with his trusted allies. This movie has won National Award for Best Feature Film, so definitely it did something right with the story and the audience. If one liked the movie Monica O My Darling, this movie fits their type and ought to be watched.

Where to watch Khosla Ka Ghosla! : This movie is available on Disney+Hostar.

This Shahrukh Khan starrer where he plays a double role where Don’s doppelganger is all set to catch Don is a  perfect action crime thriller movie. It also has Priyanka Chopra in an important role and ought to be on one’s list.

Where to watch Don: This movie is available on Netflix, Prime, and Youtube.

This 2020 movie starring Nawazidun Siddique and Radhika Apte is based on a murder taking place and then subsequent implications. It is quite fun to watch and one would enjoy it immensely.

READ MORE: 10 Movies Like Sita Ramam That Will Make Your Day!