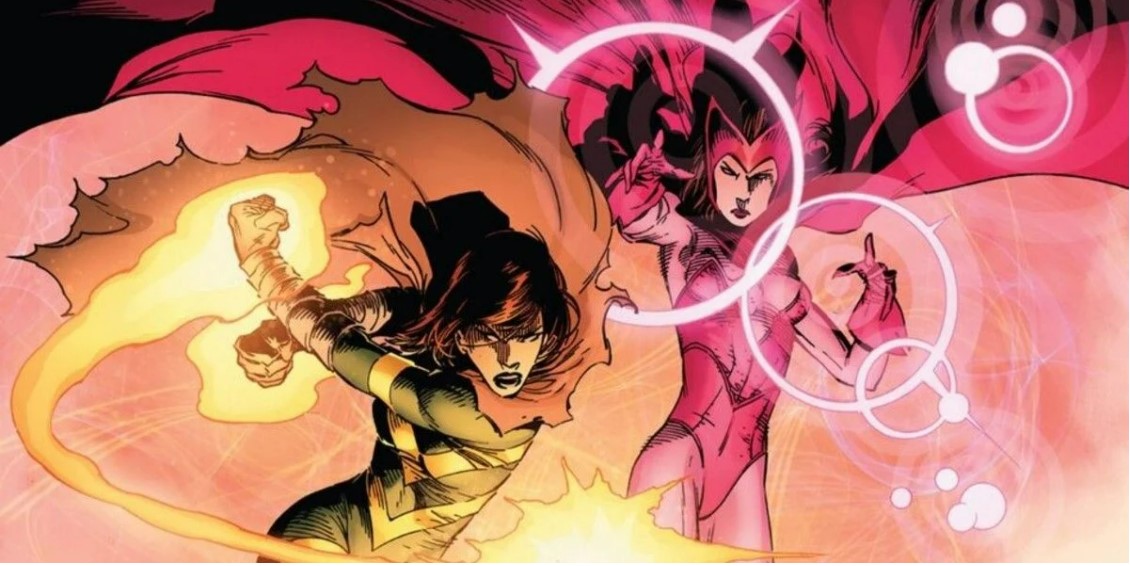 If you are a Marvel fan, you surely might have heard the names Jean Grey and Scarlet Witch. All Marvel fans are always eager to know whether their favorite superhero is the most powerful among the others. Scarlet Witch and Jean Grey are both very famous female superheroes in the Marvel Cinematic Universe loved by all Marvel fans.

Many comparisons were made among the characters of the Marvel universe to decide who is the strongest of than others. Many people recently showed their interest to know who would win, if there would be a fight between Jean Grey and Scarlet Witch.

Both the characters, Jean Grey and Scarlet Witch are created by the famous writer Stan Lee. Stan Lee is very much famous and is known by everyone. He was born on December 28, 1922, and died on November 12, 2018, at the age of 95. Stan is not only known for his great writing skills but also for his cameo roles in the Marvel movies which might be only for a few seconds, but all the fans still used to wait for his cameo in the movie.

Jean Grey and Scarlet Witch, both are born mutants and are both considered among the strongest female heroes in the Marvel Universe. A face-off between the both would be worth watching. Both of them have fought with each other once. They both, have known many more powers and abilities in them after that fight. So, another face-off would be thrilling to watch.

Elizabeth Olsen is portraying Wanda Maximoff since 2014, in the Marvel Cinematic Universe. The adult character of Jean Grey is portrayed by Famke Janssen in all the X-Men films. The teenage and young adult Jean Grey was portrayed by Sophie Turner.

If such a fight arises between both of them, it will be interesting to know who will be the winner.

Jean Grey Vs Scarlet Witch: Who Is Stronger?

Jean Grey is termed an Omega-level mutant, which is the most powerful mutant in existence. She has the power of the Phoenix Force, which can’t be controlled by everyone. Scarlet Witch is known for her Chaos Magic, which helps her to alter reality. Both of them are among the strongest female superheroes in X-Men. The fans are quite curious to know who will win if a fight happens between both of their favorites, Jean Grey and Scarlet Witch.

Also when it comes to coping with the mental strain after the use of all the powers and abilities, Scarlet Witch would not be able to cope with it that much like Jean Grey.

If the Phoenix Forces were not possessed by Jean Grey, then no matter how much telekinetic and telepathic powers she tries to use, Scarlet Witch’s power would have easily defeated her. But Jean Grey’s ‘Phoenix Force’ can easily defeat Scarlet Witch’s ‘Chaos Magic’ if they were to fight against each other. Jean grey is also considered a threat to the whole Marvel Universe.

Who Is Jean Grey? What Powers Does She Possess?

The famous character is also known as Phoenix, Marvel girl, and the Dark Phoenix. Jean Grey first appeared in the X-Men, an American comic book in the year 1963 and was created by Stan Lee and Jack Kirby. Jean is a mutant. She came to know about her abilities when she tried to save her childhood friend from getting hit by a car.

Jean has faced death several times but was reborn every time. The first time she was killed, she was reborn into The Dark Phoenix Saga. This is shown in the X-Men series. Jean Grey plays a very important role in the X-Men. She is one of the strongest female heroes in the Marvel Universe. Cyclops, one of the founding members of X-Men is Jean Grey’s husband. Jean has four genetic children, Rachel, Stryfe, Cable, and X-Man. Stryfe is the clone of Cable.

The powers of Jean Grey include Empathy, Telepathy, Psychic Energy Synthesis, Telekinesis, and also some miscellaneous abilities. Jean can manipulate others’ feelings by connecting herself to other people’s minds. At the start, Jean was not able to control her telepathic abilities. Professor Charles Xavier trained her with her abilities and now she is among the few telepaths who can communicate with animals.

She was initially an alpha-level telepath. She had lost all her telepathic powers to Psylocke, but later they came back and this time the powers were double then what she used to possess earlier. This made her an Omega-level telepath. In the fight with Psylocke, she also learned the ability to create psionic weapons.

The major power and ability that Jean Grey possesses are the Phoenix Force. This helps her to generate, absorb, or even convert any form of physical form or energy into pure energy and vice versa. She is considered capable of the Phoenix according to the Women of Marvel: Celebrating Seven Decades Handbook. The physical strength of someone who possesses the Phoenix force goes to superhuman levels.

ALSO READ|| Who Is The Evil Dr Strange? Read More To Know!

Who Is Scarlet Witch? What Powers Does She Possess?

She has the power to alter reality. After being a regular member of the Avengers, she fell in love with Vision, who is also a member of the Avengers. They got married and Wanda with her magical powers made herself pregnant. Two twins were born named William and Thomas, but their existence has been long forgotten. All the emotions of the same were erased from the mind of Vision, resulting in their separation.

Scarlet Witch’s power is not related to witchcraft or mutant but the reason for her being a mutant. She could manipulate and also tap into some forms of energy. Wanda later also came to know that her hex abilities are all related to chaos magic. She had a temporary power increase in her during the House of M and Avengers Disassembled. This power increase happened due to the entry of some magical entity in her. It is she who helped the Avengers to fight against the Phoenix Force. If she would not have helped, they were sure that they might have turned into ashes.

There were many remarks made on whether Scarlet Witch and Quicksilver were mutants or not. In Uncanny Avengers released in 2015, it was said that they were not mutants, and the powers that they have are all the results of some experiments that were done on them in their childhood. Later, in the Scarlet Witch comic series, it was clarified that the powers that she possesses were something that she inherited from her family and that she was always born with them.

Other abilities of Scarlet Witch include Flight, Time teleportation, spell casting, probability manipulation, the ability to sense magic, and reality warping. Even Doctor Strange has acknowledged Wanda’s powers of spell casting but the problem rose when it was observed that she didn’t know how to control her powers.

She has wiped out all the Mutants by saying only three words, and many other difficult things with the help of her spell-casting and other abilities.

ALSO READ|| Doctor Strange Vs Wanda Maximoff: Who Would Win In A Fight?