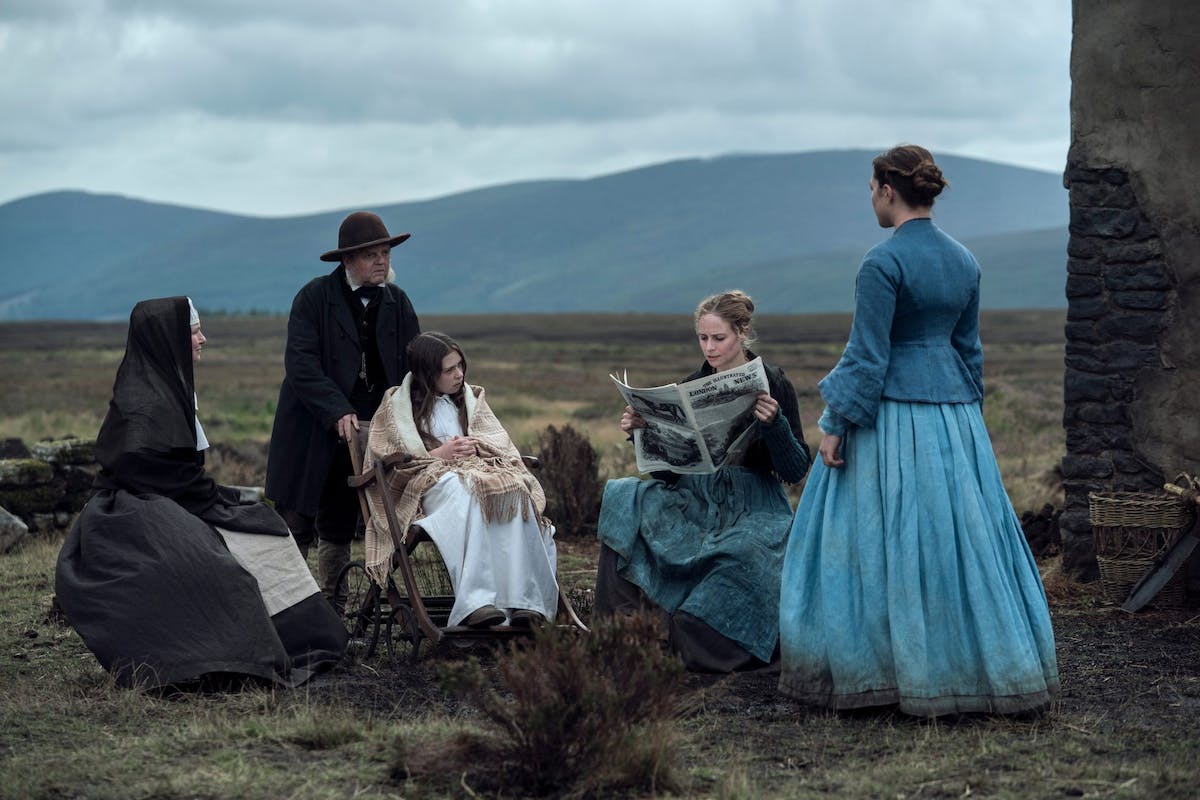 The Wonder is a new period drama that is based on a novel of the same name. The novel is written by Donoghue and was released in the year 2016. The novel was shortlisted for the Scotiabank Giller Prize. The film is directed by Sebastian Lelio and the producers of the film are Tessa Ross, Ed Guiney, Juliette Howell, and Andrew Lowe. Sebastian Lelio is known for his film “A Fantastic Woman” for which he has won the Director of the Academy Award.

The filming of the film started on August 12, 2021, with its photography. The Wonder has an overall rating of 6.7 on IMDb with 88% of the people liking the movie on Google. Rotten Tomatoes gave a rating of 87% for the film and The Indian Express gave a rating of 4.5 out of 5. The film received many positive reviews from critics.

Is The Wonder Based On A True Story?

After watching the movie, the first question that came up in the mind of the viewers was whether the movie is based on a real story or not. The answer to the question is, No. The story of The Wonder is fictional and is not based on any real story.

The term “fasting girls” gained people’s attention in the Victorian era when teenage girls were seen fasting as their devotion to God. This resulted in their lost appetite. This tale spread like a wildfire and many people from faraway lands came to see the fasting girls.

ALSO READ|| Is Shawshank Redemption Based On A True Story?

A nurse named Elizabeth was called for observing Anna O’Donnel in the village of Ireland. Anna has not eaten anything for four months after her 11th birthday. When asked, she said that the thing which is keeping her alive is “manna” from Heaven. Manna is an edible substance that according to the Bible was given to the Israelites by God when they were traveling in the desert.

Sister Michael was assisting Elizabeth. Elizabeth travels and meets Anna’s family. She founds that her elder brother had died of some illness. Elizabeth meets William and knows that they were close but then were separated. This leads to their closeness. Elizabeth grew suspicious of Anna’s mother feeding her which was right but no one was ready to believe her.

Anna’s parents had brainwashed the child with so many fake beliefs that even she didn’t give any attention to what Elizabeth was telling her. Anna confessed that the manna that she gets is from her mother’s mouth when she kisses her which keeps her alive.

Elizabeth helps Anna to lead a normal life without taking all her beliefs away from her.

The story of The Wonder is quite creative and intriguing. The makers and the cast have done a commendable job in the making of the film. The film will keep you engaged on the screens till the end. The unpredictable plot is good and also at a proper pace.

The official trailer of The Wonder was released by the official channel of Netflix on YouTube on October 4, 2022. The trailer reached 3.1 million views.

The trailer of the film gives a gist of what exactly is the story of the film.

Where To Watch The Wonder Online?

The Wonder is available online on Netflix.

ALSO READ|| Is Bruised Based On A True Story?