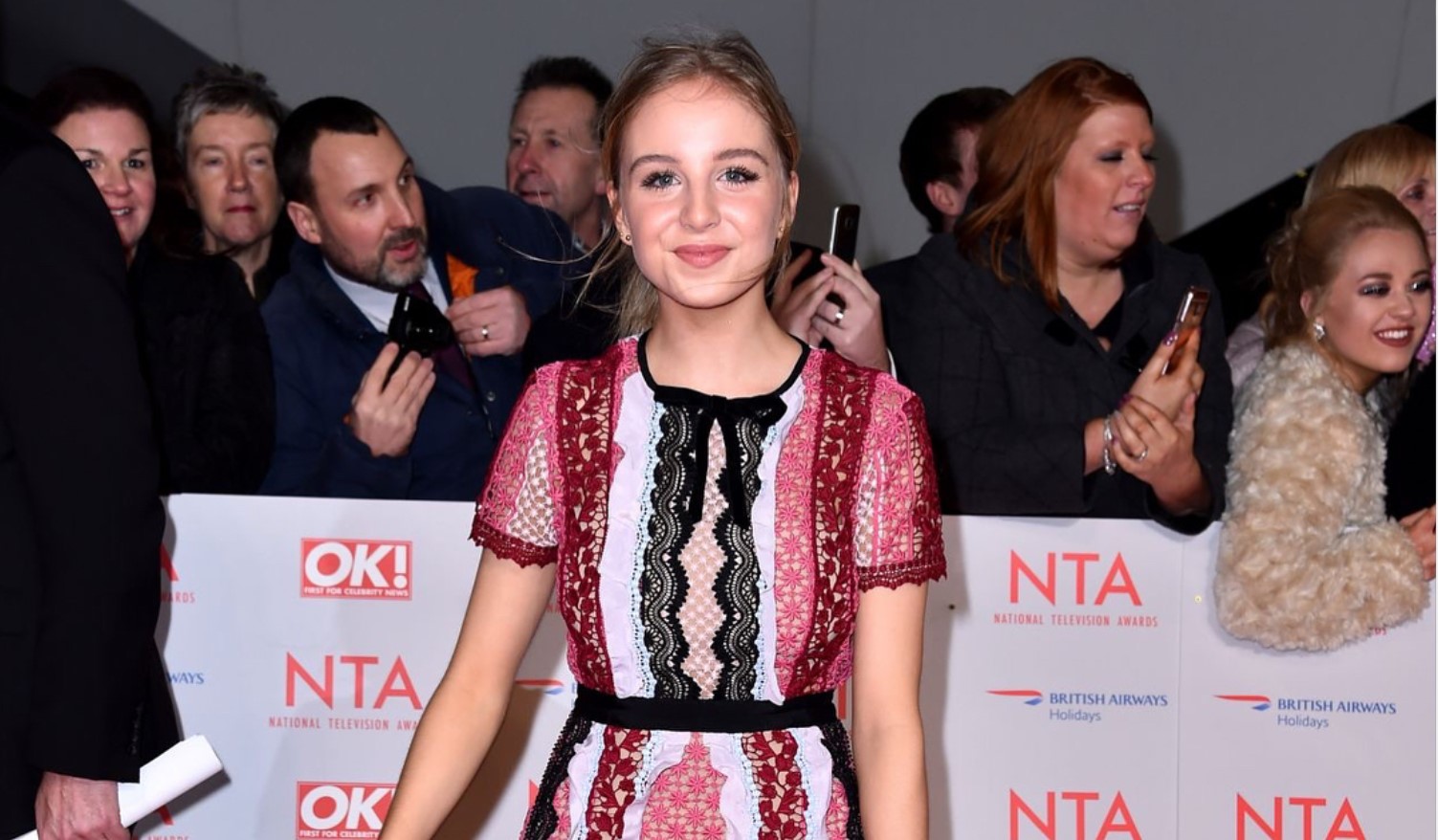 Of course. One of THOSE questions again. Why didn’t I guess that before? I knew the day wasn’t far off when you’ll come looking for clues, following breadcrumbs just to find out how our little Eden is doing, or rather WHO she is doing it with. (I solemnly promise that was the only lewd joke for today!)

Well, you ask and I deliver. But man, did this question send me on a merry little chase to find out all about Eden Taylor-Draper’s partner and her life away from playing the sweet little Belle Dingle in Emmerdale. Yes, that’s where she began, and that too at 8 years old! Imagine that!

Okay, enough of all that, you came looking for answers, and answers you shall get! I’ll divulge all the information I have on Eden, her boyfriend, her dog, her gardener, and everything else in between. And I demand that you appreciate all this hard work because this wasn’t an easy article to write.

Who is Eden Taylor-Draper’s Partner?

A more fitting question would be ‘HOW is Eden Taylor-Draper’s Partner?’ because he is too damn cute for words! Before going on this information hunt, I had absolutely no idea who Ed Lewis, her boyfriend, was but my, oh my, was I shocked to find it out.

And not to mention, they look absolutely adorable together. Thank god for her dramatically less volatile relationship history off-screen because the two have been together since 2016. That makes it even sweeter! they are high-school sweethearts and that makes everything even more romantic. Because I am a sucker for high-school romances and to witness one in real life? That’s a real treat.

I tried to find out all about how they met but Eden and Ed have been tight-lipped about that interesting story, unfortunately, but I am sure it’s sweet enough to give you that dreaded diabetes! All I know for now is that the couple regularly takes to Instagram to post adorable selfies together and remind me of my singlehood. Ugh. Damn you, cupid! Where’s my arrow at?

MUST-READ| Dave Chappelle Wife: Who Is His Support System?

Who will ring the ‘Belle’?

Little miss i-have-the-perfect-boyfriend Eden Taylor-Draper began her career as an 8-year-old girl from Selby, UK. Her cute little self landed a big role as Belle Dingle in Emmerdale and she never looked back!

She continued to play Belle in the widely popular and loved daily soap which has been running since 1972. Talk about immortality! This show has 33 seasons as of now and still enjoys a fan following that spans the entire globe. Oof. Eden sure lived up to her name and chose her heavenly professional garden right.

Still fighting fit in the role of Belle Dingle, Eden seems to be living ”the” life now that her professional career has been booming and her personal life is every bit as dreamy.

Appearances can be deceptive and none more so than in Eden Taylor-Draper’s case. As a fan, you usually don’t see the actor as anything other than the character they play but the reality can oftentimes be very harsh. Just as with our bubbly, little Belle as she opened up about her sister’s cancer.

Her sister Francesca was diagnosed with leukemia which left the actor in waves of grief and terror. To hear such news and that too while on set, surrounded by co-stars is as dreadful as it gets. But being the close knit-family the whole production unit was, they offered Eden all the support they possibly could, including a month-long reprieve from work to focus on her family and her sister’s health.

It’s heartwarming to see that Francesca, the brave little girl that she is, is doing much better now. That news truly came as a shock as well as a consecutive source of relief for me when I read about all that.

Now that we have peeked a little deeper into Eden Taylor-Draper’s life, it seems rather silly to fixate only on her partner, doesn’t it? Yeah, maybe. but I still will. And all that brave and emotional roller-coaster your story made me go through does NOT get you off the hook for the criminal offense of having a cuter boyfriend than mine (who is non-existent at the moment), okay Eden? Glad we hashed that out!

MUST-READ| Who Is Tom Felton Wife? Does He Have Children?