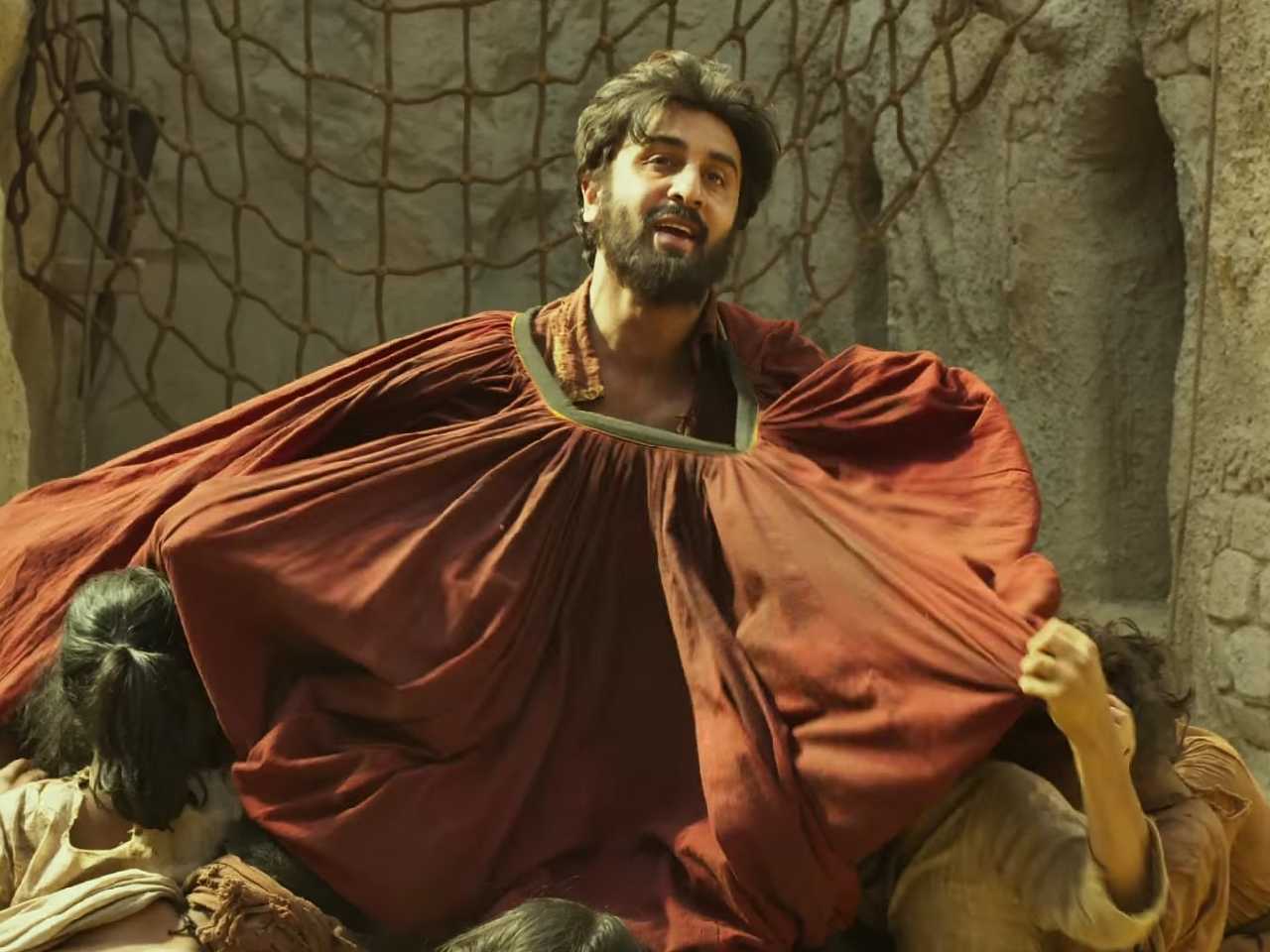 Ranbir Kapoor is back to movies after his movie Sanju which was way back in 2018. Fans are excited to see this new movie Shamshera, it was released in theatres on 22 July 2022. The movie is a period drama set at the time of 1800s India, which was ruled by the Britishers at the time. Directed by Aditya Chopra under Yash Raj Films, and directed by Karan Malhotra, Shamshera is a movie that everyone was waiting for. At this time going to a theatre is not something to enjoy so let’s get to know where viewers can enjoy this new venture of Ranbir Kapoor.

Where To Watch Shamshera Online?

After the covid era movies are finally in the classic theatres, Shamshera is one such movie, as of right now Shamshera is only available in cinema halls, and news about Shamshera’s OTT release is out now. It is a trend of releasing movies on OTT after the theatrical release, so Shamshera followed the same track. This film is available on Amazon Prime Video. One can watch it in three languages: Hindi, Tamil, and Telugu. It was on 19 August 2022, when the film had its OTT release. Individuals with a Prime subscription can watch it easily.

As mentioned, Shamshera is a period drama that is set at the times of colonized India, back in the 1800s, the movie talks about the struggles and pain of the people when Britishers were ruling India.

Shamshera is a movie about a town called Kaza, where a young man called Shamshera decides to save the people of his tribe, the Khameran tribe, which was a rich tribe and an important part of the Rajputana kingdom, the people of their own countries decide to not save the tribe and support the Britishers, many innocent people are dead now, a lot of them are mistreated and there is a fire in them to take revenge of the murders of the people, and to do that he starts to rob rich people to save his own people. Shamshera is not afraid of the Britishers and their modern weapons, and even though the people of the Khemaran tribe are less in number, they fought with the Britishers with courage and power.

Britishers decide to deploy an Indian police officer, Shuddh Singh, to talk to Shamshera and the people of the Khemaran tribe to stop the war and live peacefully in a fortress outside Kaza. Shamshera is confused and is not able to trust the enemies and does not want to go anywhere, but he had to go live in the fortress as they do not have any option, the people of the tribe do not have a home to live in, so Shamshera decides to go to the fortress outside Kaza, but it was a bait of a Britishers to capture and silent the innocent people.

Once the people of the Khemaran tribe reached the fortress, they had to endure physical and mental pain, the Britishers and Shuddh Singh decided to break the hope and spirit of the people of the tribe. The innocent people have lost their hopes now, but Shamshera does not give up this easily and decides to talk to the Britishers.

In order to set the people free, Shamshera has to give 10,000 gold coins to the Britishers, but he does not have any money as all the money and treasure have been looted by the Britishers, Shamshera decides to escape the fort to get the money, and he knows the only way he can escape is by a tunnel, but that tunnel is dangerous and opens into a well, in order to be out Shamshera has to jump from a great height. The end of Shamshera is heart-breaking as he is dead now because of the fact that he had to jump from a height, the people of his tribe think that Shamshera was a coward and that’s why he was escaping, and the people of his own tribe could not understand him, and all the people are pelting stone onto him.

The story of Shamshera fast-forwards to 25 years, where we see Balli the son of Shamshera, who has aspirations just like his father, Balli is kind and notorious and also dreams to save the people of his tribe. When Balli gets to know about his father Shamshera’s story he decides to escape just like his father Shamshera did, and somehow manages to escape via the tunnel that opens in the well, Pir Baba is the one who knew about Shamshera and decides to help Balli, he puts a dead body to prove that Balli died when he tried to escape.

Balli reaches out to some people of his tribe, they live in a town called Nagina now, and they all have to hide their identities to save themselves. Shamshera knew those people and would always help them and give them hope. Balli met the people of his tribe in Nagina town, and also got to know a girl, Sona, they both are in love with each other. Balli and Sona decide to go to Kaza and start looting the rich people. The British generals are worried about this new robber, they get a paper where Balli tells them that he is going to rob money from the wedding, Balli is successful in robbing all the money, but a member of his own gang decides to go against Balli, and tell the Britishers and Shuddh Singh about the plan. Shuddh Singh and the British generals are able to confiscate treasure and Sona the love of Balli.

This time the plan of Shuddh Singh is not a success, even though he takes the credit for returning the crown, the people of the Khemarana tribe know the reality of Shamshera and Balli that they are not cowards but they only wanted to save the people, Pir Baba tells the truth to everyone, they decide to take revenge of the death of Shamshera and breaks the door of the fort they are captured in and kills Shuddh Singh and all the police force, with the help of Balli, Balli is out now with his wife Sona and other people of the Khemaran tribe, all of them are happy and hopeful for the upcoming life.

The story of Balli is beautiful to watch, some people have said that Shamshera is based on true events, and the sets of Shamshera are beautiful and huge, in fact around 19 million USD is the budget of Shamshera if the viewers enjoy action and period drama, this movie is perfect and delightful to watch with family, the acting of all the actors is definitely something.

The actors break the movie or make the movie. Acting is the main part so if the acting is wonderful the movie will be wonderful itself.

Shamshera has a great cast because of actors such as Ranbir Kapoor in the role of Shamshera and Balli, Ranbir Kapoor is known for his movies such as Barfi with Priyanka Chopra and Ileana DeCruz, Yeh Jawani hai Deewani with Dipika Padukon and many other great movies. Vani Kapoor is a delight to watch as Sona, Vani has worked in movies such as Shuddh Desi Romance and has won Filmfare, Befikre, War, Bell Bottom, and recently Chandigarh Kare Aashiqui.

Sanjay Dutt is a prominent actor, his character Shuddh Singh is a cruel and unkind person, Sanjay Dutt plays that role perfectly. Working since 1981 with his first movie Rocky, Sanjay Dutt has never looked back, he has worked in more than 187 movies by far. His movies such as Saajan, Khalnayak, and Vaastav have garnered him a Filmfare award. Saurabh Shukla is an actor we all admire, his role in movies such as Barfi, Jolly LLB, Jolly LLB 2, and PK is a memorable one, he is more than perfect in his role as Doodhnath in Shamshera. Ronit Bose Roy is famous for his television roles, such as Kyunki Saas Bhi Kabhi Bahu Thi, and Kasautii Zindagii Kay, his role in the movie Shamshera as Pir Baba is perfect, his character always thinks best just like Shamshera did, and always helps Balli and Shamshera.

The supporting character is a necessary part of the movie, and all the characters in the movie Shamshera are here to make the story of the movie strong. Iravati Harshe as Shamshera’s wife, Craig McGinlay as Colonel Freddy Young, Saurabh Kumar as Chooha, Chitrak Bandhopadhyay as Raasho, Mahesh Balraj as Upreti, Rudra Soni as Pitamber, Prakhar Saxen as Bhura, Nagesh Salvan as Dada, and last but absolutely not the least Vijay Kaushik as Gulfi. All of these actors be its main characters or supporting ones make the movie Shamshera a perfect watch.

MUST READ: When Will Coffee Melody Season 2 Release Date Arrive?