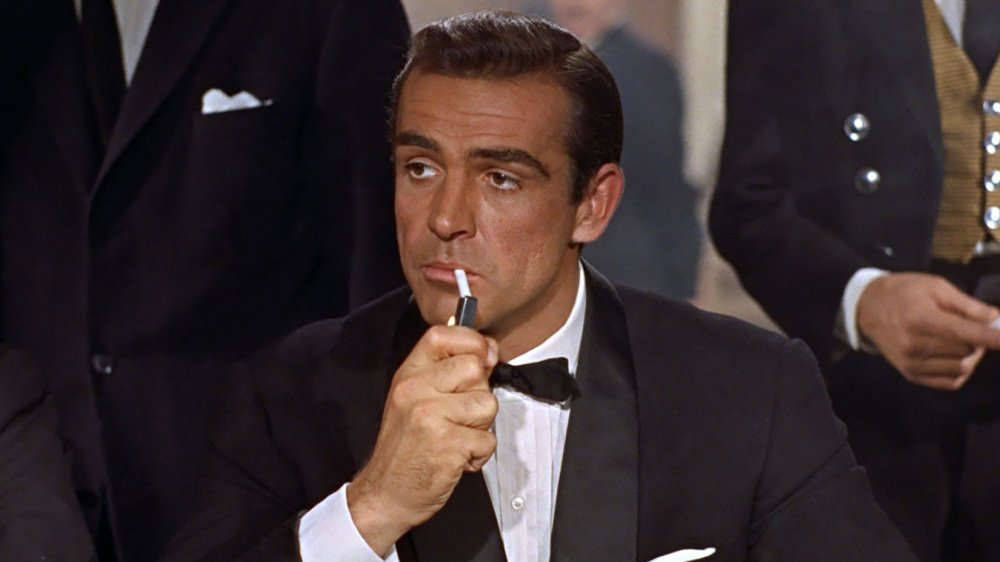 The tuxedo-adorned, suave spy popularly known as James Bond is the most stylish British agent so far. He is known for his irresistible charm and ability to kill without batting an eyelash. The martini-loving, ruthless agent has set the bar so high that reaching that level for any spy is a deadly challenge.

Bond’s fearlessness, easy approach to life, and sophistication make him a ruthless gentleman. If he has established such a popular image for himself, why does he need a code? Is his code a cover for his underground killings?

The car-loving, sophisticated warrior is much more than a killer. He is known for his smart comebacks, humor that is ever so subtle, and undefeatable action moves. The legendary spy has been saving the world from heinous crimes for decades.

James Bond started as an intelligent MI6 officer in the 1960s and has evolved ever since. He gained the prestigious OO status after killing two horrendous villains. This status represents the authority to kill anyone, anywhere, at any time, which Bond has taken far too seriously. Bond has used his license freely and has never hesitated to pull the trigger and end his life.

This double-O code represents the number of warriors who have gained this special license. James Bond is the seventh agent to receive this special license, and though other agents have received this status, the OO7 code will always remain legendary.

READ THIS: Who Is Next Dr. Fate? Is Dr. Fate Really Dead In Black Adam?

Who Is James Bond?

A virile character that knows how to lure people in and play them like puppets James Bond is a man of glamour and a killer with etiquette. He is popular for his manipulative streak and love for tuxedos. Handguns that add another layer of swag; stylish cars that span millions. Bond is not just a spy; he is a secret agent who can kill anyone with his deadly smirk.

Created by Ian Fleming, James Bond is the super spy the world has fallen in love with. Since the 1960s, Bond has been solving mysteries and drinking martinis for more than 60 beautiful years. He was a mere novel character penned down by Fleming; now he is a spy legend.

His smart wit and suave charm have made it impossible to not fall into his trap. Be it a trap he has laid or simply a conversation, Bond knows how to make it steamy and be an irresistible magnet. Bond has firmly established himself as the top 007 agent, from saving the world to cleaning the villains as if they were dirt beneath his expensive leather shoes.

FOR YOU: Top 5 Hollywood spy thriller movies, that you will not regret by watching

Why Is James Bond Famous Even Now?

With several movies, novels, and series under his name, James Bond’s popularity can never be rivaled. He is the name that has represented the spy life for decades. The expensive, custom-tailored tuxedos, the lavish cars, and the vodka martinis never fail to lure Bond fans. His satirical comments, quick wit, and smirks that give off his stylish persona have won millions of hearts.

There have been multiple actors who have represented James Bond, and each of them has made sure to carry the signature Bond style. These actors, combined with Fleming’s war experiences, have made James Bond the most popular government agent.

Where Did Ian Fleming Get His Inspiration From?

Ian Fleming, the genius behind the world-famous spy, was a naval intelligence officer. He assisted his country in World War II and has derived James Bond from his experiences as an agent. As a survivor of such a drastic war, Fleming, with his unique writing skill, decided to give his dream a shot, and James Bond came alive.

James Bond was a dream for Fleming, and he worked hard to make it a reality. He wrote over 10 James Bond novels and multiple short series. His writings were highly praised, and his super spy has become the best spy to ever exist.

The Criticism James Bond Has Received

The elegance that is James Bond has been a public hero for decades. It is quite natural that his ethics would be criticized, and some of the accusations were fair enough. These accusations ranged from James Bond being a womanizer to being an alcoholic.

Some critics also accused James Bond of being a gender-biassed misogynist for promoting tobacco. The criticism even went so far as to claim James Bond was an overrated spy when, in reality, he was just an alcoholic and arrogant spy.

And despite these accusations, James Bond’s legacy is still reaching new heights with each new representation of him. Though his original creator is long dead, there have been many brilliant minds who helped James Bond 007 grow into a multitalented and multifaceted spy.

MUST READ: Interesting Facts About Joker You Might Not Know About