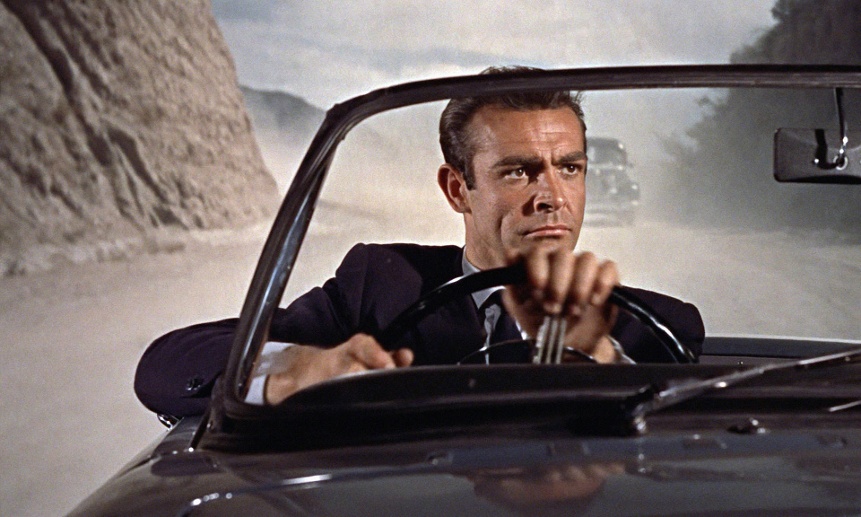 James Bond, a spy who is adored by millions, needs no introduction. He is the epitome of subtle perfection and ultimate sophistication. No spy has been able to span these many years with such grace. He is the reason why spies garnered attention and tuxedos became increasingly popular.

Though James Bond is another fictional character by Ian Fleming, this character is settled deep in the hearts of every mystery lover. The on-screen James Bond is rumored to be more beloved by audiences than Fleming’s written character. There have been more than half a dozen actors who have tried to portray the legendary spy. But who has been able to represent Fleming’s dream character in the most precise manner?

The Most Successful James Bond Actor

A secret agent who battles the criminals and a charming gentleman who more than enjoys his vodka martini. A man with swag and a killer with hardly any emotions. James Bond is so much more than a government employee.

Starting from Sean Connery in the early 1960s until the infamous Daniel Craig in 2021, James Bond has been represented by almost eight different actors. All these actors picked up on Bond’s tuxedo-adorned elegance and suave charm. These actors have delivered more than thirty movies, and each movie has been a great success.

Despite the dedication of these actors, there have been speculations going on about who is the best James Bond so far. Though no Bond has ever been miscast, there is certainly one who has received more popularity than the rest. In terms of money and popularity, the first face to ever represents the notorious British spy is the best one as well.

Sean Connery is one of the most beloved James Bond actors so far. He first represented this gambling spy in 1962 and has continued to enact Bond for almost a decade. His tall frame and sinister smirk made him one of the best James Bonds ever. This is not to say that the other actors didn’t play Bond well, but the fans of this notorious spy have loved Connery more than others.

FOR YOU: Where Is John Anderson Now?

Who All Have Played The Legendary James Bond?

James Bond is a legendary spy who has been portrayed by many characters, including the infamous Roger Moore and Pierce Brosnan. With their dedication and love for James Bond, this spy is now one of the best spies to ever exist.

Starting with Sean Connery, who set the bar for all the other actors, he has made the most money and highlighted Bond’s unique traits. No one has been able to surpass the popularity of Sean Connery as James Bond. Roger Moore, with his extraordinary sense of humor and bright smile, came close. He appeared in most films, seven, with Sean appearing in six.

The next one to come closer on the list is Daniel Craig, who modernized our decades-old spy. He highlighted Bond’s personal life and how he dealt with his emotional problems. With the actor ranking as the third most famous James Bond, it seems like he is not about to say goodbye to the character anytime soon.

Is James Bond A Real-Life Spy?

With Bond’s massive fan base over the years, this has been the most frequently asked question. Unfortunately, there is no one named James Bond. Or perhaps no one existed at the time Fleming wrote. James Bond is a manifestation of Ian Fleming’s creative imagination; he was an intelligence officer himself.

The suit-adorned, cigar-smoking spy is known for his quick wit and razor-sharp mind. He has a dreamy car collection and is the best manipulator that can twist anyone’s working mind. OO7 is an agent who gambles like a professional gambler and drinks his favorite vodka martini like an alcoholic. His authentic style and virility, wicked mindset, and irresistible charm are what make him a legendary spy.

ALSO READ: Is Spree Based On A True Story? What Is The Real Story?

In a highly contentious interview, Connery stated that James Bond without the exotic touch is nothing more than a dull policeman. He expressed his gratitude towards James Bond and mentioned that Bond was the highlight of his career.

Representing a character for years definitely gives you a few whiplashes. Identity issues were one of the whiplash experiences Connery had to endure. He claimed that almost everyone knew him as James Bond, and it upset him more than anything else. He bid farewell to the character because of this issue after delivering more than twenty James Bond films.

ALSO READ: Who Is Next Dr. Fate? Is Dr. Fate Really Dead In Black Adam?