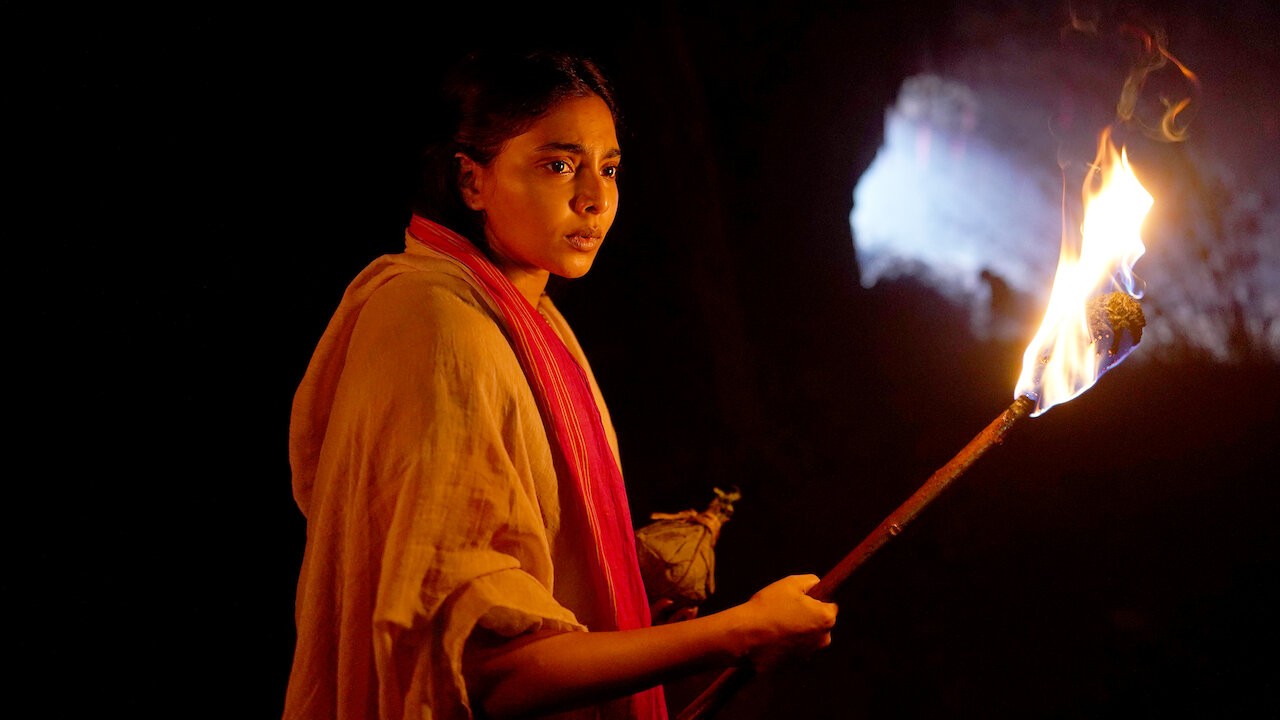 After the immense success of “Kantara,” people have started taking an interest in South films. Young filmmakers and actors are now getting recognized on a larger scale. The audience started praising them. One such film from the South industry that has been recently added to the Netflix catalog is Kumari. It is a Malayalam film that falls in the genre of mythological horror. For all the movie buffs, this film will prove to be very captivating and engaging. When the first look of the film was revealed, it seemed impressive, gripping, and intriguing, undoubtedly.

Kumari features an ensemble cast and is helmed by Nirmal Sahadev. In an interview, he said that the story of this movie is particularly a remindful aspect of the childhood tales that he used to hear from his grandmother. The film had its theatrical release recently and now it is also available on the streaming giant, Netflix. After watching the film it is bound us to think about its relevance with a real story. Being a mythological fantasy film, many people are wondering whether Kumari is based on a true story or not. If you are also one of them, then you must have dug everywhere to find the answer. Continue reading and you’ll get the most awaited answer.

Is Kumari Based On A True Story?

The story is not based on a true story but has many of the elements inspired by mythological stories. The film’s plot is influenced by folklore to much great extent. Kumari’s horror story is well-balanced and is a woman-centric movie.

Set in the late 20th century, Kumari revolves around the titular character whose marriage to a family with a dark and hidden past brings unexpected twists to the story. It is focused on a superstitious land where a conservative village with old customs, traditions, and rituals is situated with hidden secrets. The story is about Kumari who gets married to Dhruvan. For generations, his family is cursed for killing an innocent child. Kumari doesn’t believes in all those supernatural activities and mythological tales, at first instance but later on, she emerges as a heroic figure who gradually becomes the prominent part of the clash of demonic spirits and the curse.

ALSO READ: Is Drishyam 2 Based On A True Story?

Aishwarya Lekshmi is playing the titular character, Kumari. In the movie, she has been portrayed as a young bride who at first denied at the demonic spirits but then after, proved to be a prominent figure who realized about the curse and her life is put to a test. Her husband in the movie is Dhruvan, played so well by Shine Tom Chacko. The other cast members are Swasika, Surabhi Lakshmi, Tanvi Ram, and Shruthy Menon in the roles of Lakshmi, Muthamma, Nanga Kutty, and Parijatham.

The film was released on 28th October 2022 in theatres. After few weeks, it was made available on Netflix on November 18, 2022. Directed by Nirmal Sahadev, Kumari has been considered as one of the best thrillers of 2022.

Who Is Nirmal Sahadev?

Nirmal is a well known personality in the Malayalam industry. He is a writer, actor, and a director too. He took birth in Thrithala, Palakkad and completed his graduation in film making while he pursued mechanical engineering in Atlanta for his Master’s degree. In the Malyalam industry, his first career included being an assistant director and emerged as a renowned director after his film, Ranam had its debut in 2018.