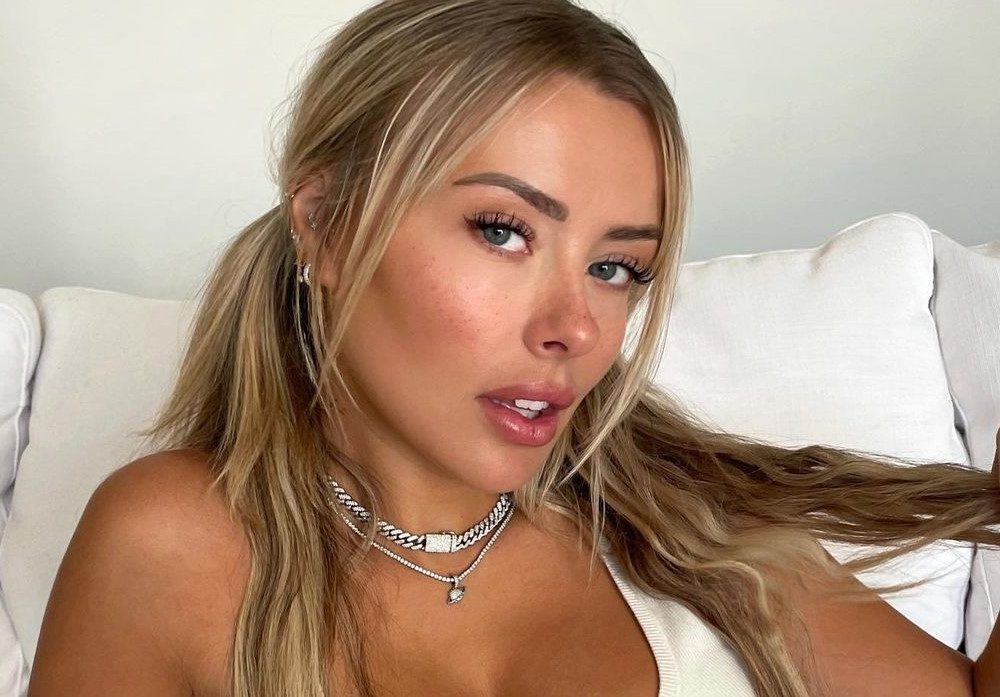 Corinna Kopf is a very famous American model, a YouTube streamer, and also a social media celebrity. She is very popular among the youth for her YouTube streaming. With her many videos, she gained the title of “Pouty Girl” from her fans. She also has her own merchandise named Pouty Girl, which is available on Fanjoy.

She became famous after her appearance in “The Vlog Squad” in the year 2016. David Dobrik was the leader of this popular ensemble where his group of friends is seen in the vlog. The cast of the vlog series also includes Jason Nash, Jeff Wittek, Nick Antonyan, Matt King, Toddy Smith, and Erin Gilfoy along with Corinna Kopf. David also won an award in the 2019 Streamy Awards for the same.

After her appearance in the vlog, she became really famous and bagged a huge number of fan followers on all her social media sites. She became more famous for her gaming content creation which was very much loved and appreciated by her fans.

Corinna Kopf’s annual income is estimated to be $10 million. The main source of income for Corinna Kopf is her OnlyFans account, where she earns around $4.2 million. It is known that she earned $1 million on the first day after joining OnlyFans which is a huge amount.

She also earns a good amount with her brand sponsorships on her social media sites and with her YouTube account. Her merchandise, Pouty Girl is also her source of income.

She had bought a Ferrari F8 and also made a YouTube video about the same named “I bought my dream car”. The worth of her Ferrari is over $4,00,000. She also shifted into her new house in Los Angeles 2 years ago. She has made many videos of the house tour and posted them on her Instagram and YouTube accounts. Kopf is seen living a very plush life.

ALSO READ|| Kathy Hilton Net Worth: How Much She Makes Annually?

Corinna Kopf was born on December 1, 1995, and is now 26 years old. She grew up in the Midwest, in Wisconsin and Missouri. She had a keen interest in gaming since childhood and always wanted to do something related to gaming as her career. Apart from her posts on her social media accounts, not much information regarding her personal life is available. Her social media career started in early 2011 when she was 16 years old. She first made a Twitter account and later made an Instagram account.

She was in a relationship with Todd Smith. Todd was also a Vlog squad member along with Corinna Kopf. She had made a few vlogs with him. Fans loved them and wanted their relationship to last but were left heartbroken when they broke up. Corinna also posted a vlog named “We broke up, but we’re still friends” with Todd.

In 2017, her boyfriend was Brennen. She made a very cute vlog named “BOYFRIEND BUYS ME OUTFITS!”, which was loved by the audience. They later broke up.

Many rumors were made about Corinna Kopf dating Adin Ross after they both were seen kissing in one of the live streams on Twitch in February 2021. Many rumors about Corinna dating David Dobrik were also made after their appearance together in a few vlogs. Corinna has stated that the rumors are not true and that she is very grateful to David as he has a very huge hand in boosting her career.

Many rumors related to Corinna’s dating life are made after she gained popularity.

Corinna started her game streaming when she signed a contract with Facebook regarding the same. After that, she joined Twitch, which is one of the most popular gaming streaming networks. Corinna Kopf was also seen in the Redbar show in the year 2021.

Corinna earns a good amount of money from her OnlyFans account, she has accepted the fact that she earns approximately $1 million from her account on OnlyFans.

After her getting banned from Twitch, she signed a contract with Facebook Gaming in the year 2019.

ALSO READ|| Ron White Net Worth: How Much He Earns Annually?