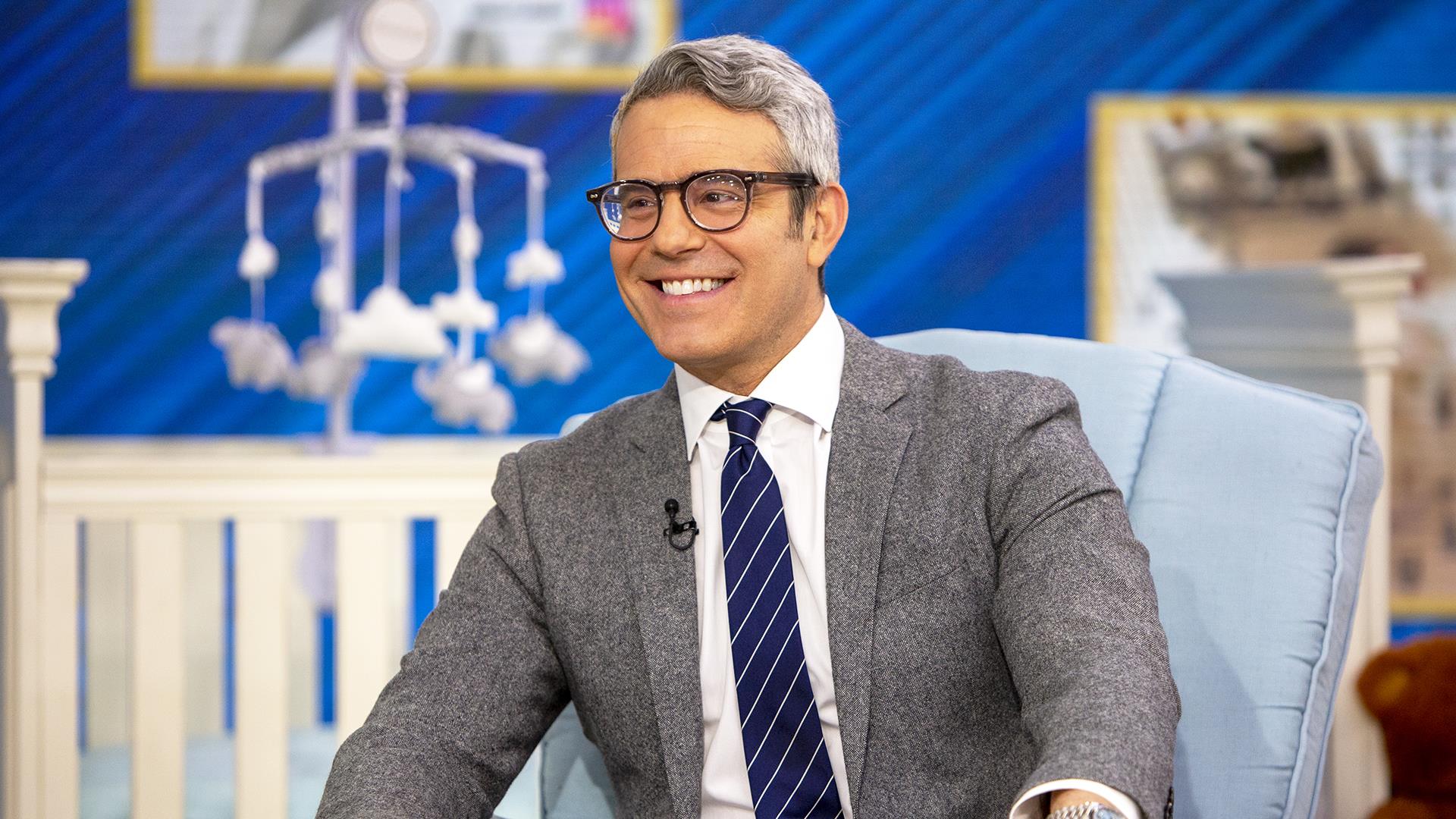 The chilly days of November are not a good time for me to write about gorgeous men who are twice my age and wouldn’t be interested in women even if you held a gun to their heads, let alone lead a full-on wealth investigation! And yet, here I am, writing at full speed to bring Andrew Joseph Cohen’s net worth to light for you! (And you STILL haven’t subscribed to LiveAkhbar, have you? Thankless much?)

My even younger and naïve self used to fancy myself crushing on this hot-shot TV Producer and writing him a love letter. I mean, can you blame me? He used to look so goddamn cute while smiling like that! Well, now that I know he’s gay, I have to settle for writing about his wealth instead and call it a day.

So, let’s do a deep search and see how much money he’s hiding behind that full-on, unapologetic smile and his cute on-show shenanigans.

When I found the answer, I fell out of my chair and into my pit of relative poverty. To have a net worth of $50 million and bring in that sweet $10 million per year?! Talk about life being unfair, man, because why can’t I get a job like THAT? His gigs as a producer and the numerous shows he has hosted for above 20 years now have certainly paid off.

Not going to lie, I never really thought Andy was worth such an absurdly obscene amount. It’s true. Sure, he is considerably famous and quite well-loved among his fans but 50 million dollars? Yeah, that’s a whole other level of rich, isn’t it?

It’s all the result of his hard work and passion for what he does, though, as you will see soon enough. Andy Cohen’s charming and magnetic persona on-stage is not just something he was born with. He worked hard to get where he is and that kind of zeal for your craft deserves as many accolades and as much money as the world can spare, am I right?

MUST-READ| Billy Beane Net Worth: Is He Earning In Millions?

That’s right! Our dear host began his career interning for CBS News. So I guess I cannot stay mad at his wealth and looks for long because I sure know how much they work us poor interns! (sorry, please don’t fire me?)

Stubbing it out with Julie Chen, another intern at his workplace, he worked night and day to prove his worth in the field. And his hard work wasn’t for naught either because he eventually got promoted to the Senior Producer’s title. Sweet, isn’t it? And all it took were long hours and terrible pay in the beginning, I am sure. But hey, what’s a few years of enduring hell against a lifetime of rolling in wealth?

Andy Cohen stayed put at CBS News for a decade during which time he produced ”The Early Show”, that 9 AM show that went on from 1999 – 2012 and also became Andy’s ticket to unstoppable success.

Andy Cohen: A Writer at Heart

As if charming the audience with his looks and hosting skills wasn’t enough, Cohen decided that he needed to pen a book too to make sure that the mentally-stimulated ones out there are also under his hypnotic control! That’s when he released his first non-fiction, “Most Talkative: Stories from the front lines of pop culture.” back in 2012. And boy, did it take the New York Times Bestsellers List by storm!

But then, it’s not unusual to see celebrities and show hosts release their autobiographies and story anthologies so, as much as the public was delighted to see his charm bleed out of the paperbacks, it came as an obvious next step.

The book industry is booming, after all. And it’s a large source of revenue that no one seems to want to leave untapped these days. And if you have even a shred of popularity in the TV Industry, your books are sure to sell out and get that NYTimes Bestseller badge to flaunt proudly over your book cover.

Oh, you thought I was done discussing the many, many ways he drives money home? Well, you thought wrong! Because I am going to annoy you further with his immense fame and his ability to bend his skills in whichever way he thinks would be most profitable.

From featuring in Lady Gaga’s song, G. U. Y, to bagging roles in “Unbreakable Kimmy Schmidt” and ”Riverdale,” this guy has done it all. And not just because of his great looks and powerful connections. He truly has that spark that makes you want to watch him act for hours on end.

And to further sweeten his fame pot, he has won numerous awards as well. Emmys, Peabodys, GQ’s Best Dressed Men – you name it, he’s won it. Along with the hearts of us all. So, Andy, we admire you; we love you; and we despise you for being so damn cute and wealthy and not sharing all that with us.

MUST-READ| Andrew Tate Net Worth: How Much Is He Earning Annually?