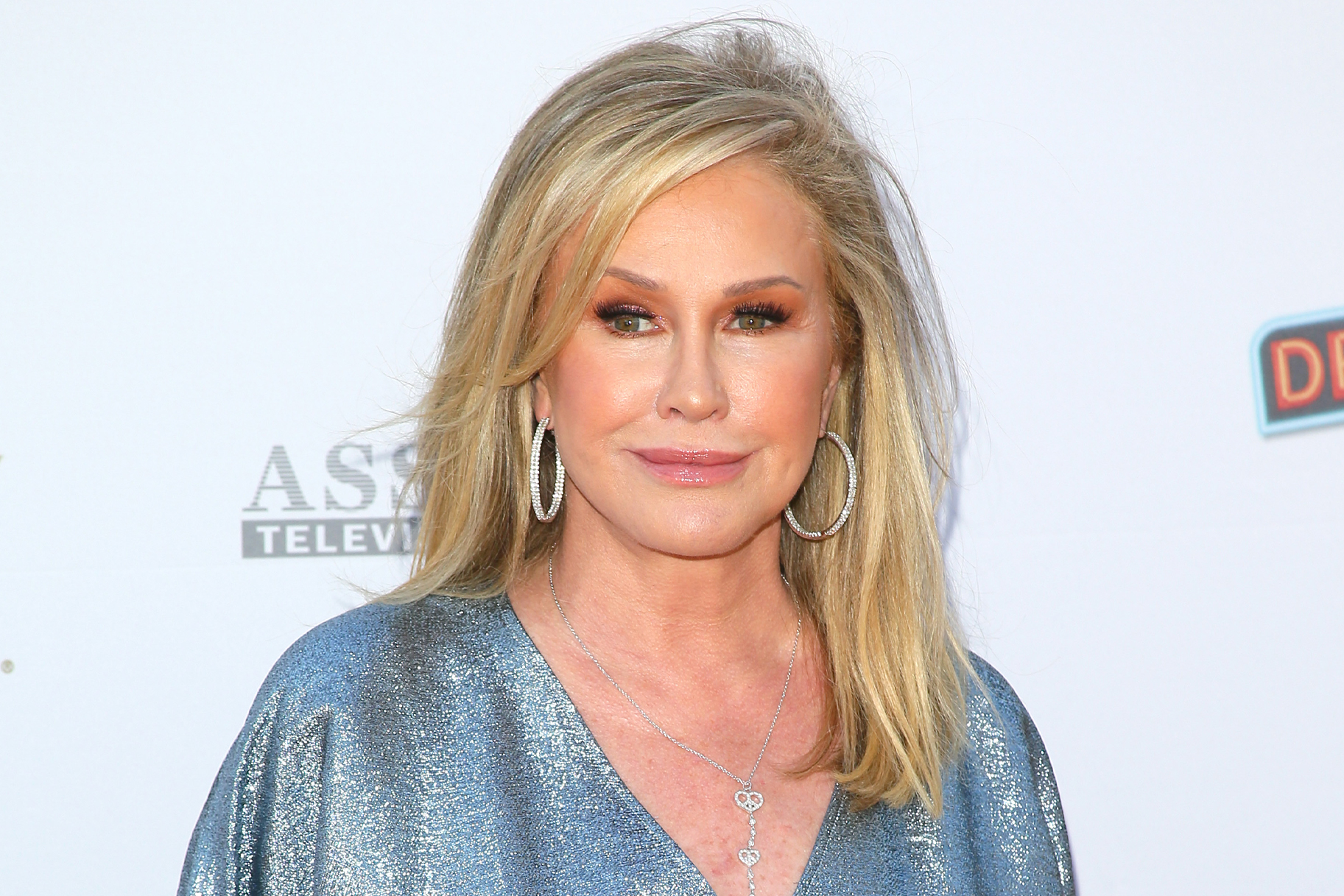 Gorgeous blonde hair, pretty pink diamonds, and rich as Croesus – I tremble as I write about her because it feels impossible, almost surreal, to capture the wealth and fame this woman has gathered for herself. Not to mention her drop-dead gorgeous face.

Kathy Hilton is one of those women whom you can know easily. Believe me, you can try to avoid knowing of her existence but unless you live under a rock, the name is going to pop up sooner or later. Maybe in some conversation, or a random article on the internet, or on the front page of Google news!

The fact is, you cannot escape the enigma that is the whole Hilton family, and Kathy Hilton, our topic of conversation for the day, is a very integral part of this legendary family. She has built a unique brand for herself, separate from the Hilton group of hotels that usually tag along at the very mention of her last name. And I am more than curious to know what exactly she does to maintain her fame and game.

Sitting atop a pile of a whopping $350 million, Kathy Hilton definitely doesn’t break a sweat over anything, that’s for sure. I mean can you imagine being worth THAT much in this world of Caesar? Goddamn, that is an insane amount of wealth. I wonder what her thoughts in the morning must be!

Definitely not the painful groans that I do every single day when I get up and make my way to work.
Same old, same old. That’s certainly a phrase this woman has never heard in her entire life. To have that much money to parade around in must be a surreal feeling, for sure. But I am still confused, where did she earn all that from? Yes, the Hilton Hotels, for sure, but there must be some sources of revenue of her own, right? Let’s explore some of those.

Kathy: The Angel in Prada

No, not Prada. Well, maybe THAT too, but for now we’ll keep the focus on the fashion line she released not many years ago. I swear to god these people have found a crack in the system; the jackpot that we poor miserable sods seem to have missed. Because everywhere our heads turn, there’s some Mr. Nobody from Nowhere launching his own designer label and lining up cash like nobody’s business.
But, well, in Kathy’s case, she was a very prominent figure even before she launched the fashion brand. But it definitely got her the kind of recognition that she craved the most – something that she did ON HER OWN. Without the hand of the Hiltons (just their money!)

Her vision, for launching the line, was to bring the chic back into the sexy and, if I am being truly honest, it wasn’t anything all that impressive. We see clothes like those come and go a pound a dozen. But hey, who am I to judge? Because her line got featured in some of the biggest stores around the world and sold for around $500 dollars on average! And here I am making pennies for breaking my back writing thousands of words per week. GIVE US SOME NOTES, KATHY. (the green ones, preferably!)

Now that one is pretty self-explanatory, isn’t it? Still, for you people who have been living on Mars till now, Kathy Hilton shares the enthusiasm and knack of her husband when it comes to real estate. That is where the majority of her and her family’s, whole, wealth comes from.

The term ”flipping properties” gets a fancy makeover where so much money is concerned, doesn’t it? Because Kathy not only buys big, but she also rebuilds the property to sell it for as high as $53 million. I wonder how, though! Because the whole concept is unfathomable to my non-luxurious ears. Oof, the curse of poverty, I guess.

Despite all my playful (were they?) jabs at her immense wealth, I cannot help but admire Kathy Hilton for making such a place for herself in the media and for maintaining it too, all these years. that’s the real challenge, isn’t it? And she definitely bears it elegantly.

MUST-READ| Billy Beane Net Worth: Is He Earning In Millions?