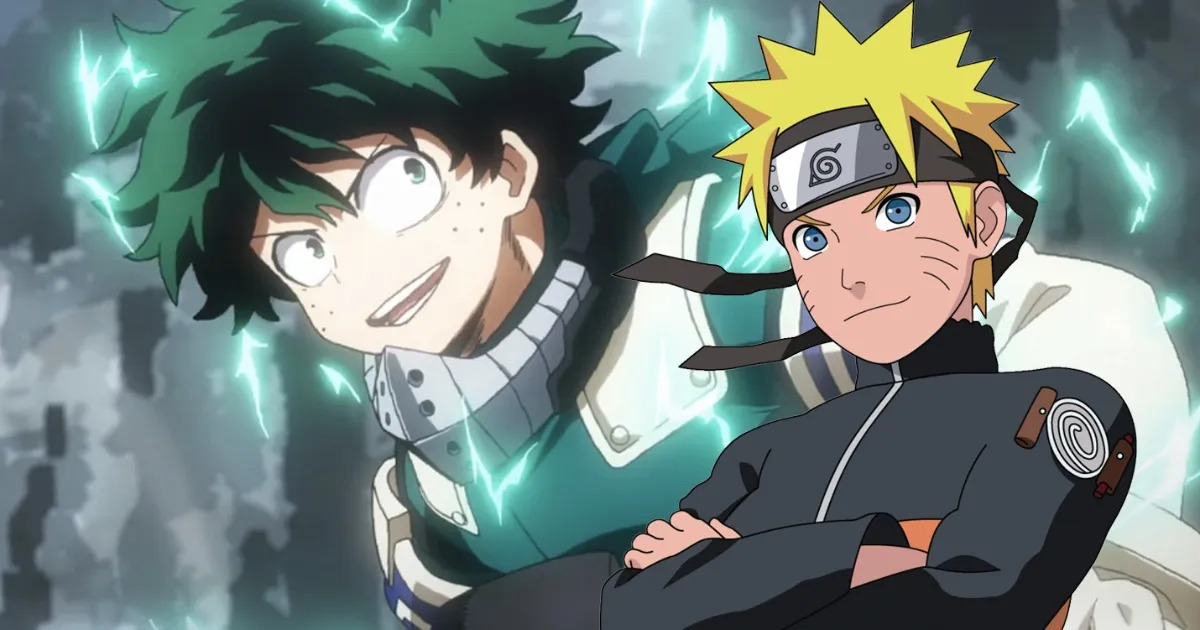 When the ninja world collides with a supernatural quirk world, would Deku be able to compete against Naruto? The two powerful protagonists can conquer the world with their undefeatable skills. They are known for their struggles and their stubbornness. Their talents know no bounds, just like their determination, which can never be measured.

A ninja fighting a quirky boy with almost the same determination is the most interesting visual. No matter how long they fight or what tricks they use, what will be the end result? Who would win in the end? Will Naruto crush Deku with his ninja moves? Or would Deku use his “All For One” quirk against Naruto?

Deku’s Strength In The Face Of Naruto

Deku or Izuku Midoriya is a powerful warrior, and his unyielding desire to put a smile on everyone’s face has made him one of the most respected fighters. Naruto is a ninja who has suffered throughout his life to be accepted by his village. The fighters share many common traits, and their struggle for acceptance makes the viewers root for them.

Just like Naruto, Deku struggles to establish his identity and earn the rights he deserves. While Naruto pretended to be a brat in order to gain attention, Deku fought to keep the negative attention at bay. Both the fighters had to endure various struggles and risk their lives to establish their own identity. Just like Deku, Naruto has borne the burden of not having a father. Only in Naruto’s case, he has lost his mother to the renegade ninjas as well.

While it is true that both Naruto and Deku share many traits, they also differ in a lot of ways. Naruto has succeeded in achieving his dream goal, but Deku is yet to conquer the quirk he so desires. If Deku and Naruto ever fought, Naruto would come out unscathed no matter how much Deku’s fans disagree. Deku will have to bear grave consequences and will eventually lose.

Deku has a decade of struggle and practice ahead of him—a decade Naruto has already survived. Hopefully, after achieving his One For All quirk completely, the oddball boy will give Naruto’s superior ninja skills a run for their money. Until then, if these warriors stood in front of each other, Naruto would conquer the fight. And all the fans rooting for Deku has to accept the fact and wait until Deku acquires his quirk completely.

MOST RECOMMENDED: Is Deku Stronger Than Goku?

What Is Deku’s Story?

Deku comes from the quirky world of “My Hero Academia.” He is born without a superpower or quirk, as the heroes love to call it. His struggle to acquire a quirk and become a superhero like All Might, the best superhero in the world, begins. Deku’s father has abandoned him, and he hardly knows who his father is.

Because of his runaway father and his quirklessness, his struggle to gain an identity multiplies tenfold. He dreams of helping the world, and becoming a superhero seems like a dream until he clashes with All Might. After Deku has proven himself worthy of the One For All quirk, the superhero All Might takes him under his wing. The “One For All” quirk is a quirk that can be transferred by its host to the one he deems perfect.

Deku has not yet mastered this quirk, and his struggle to become a superhero is still ongoing. Soon, Deku will become the next best superhero and defeat the monstrous League of Villains. Maybe, he would be able to beat Naruto’s excellent skills as well.

Where Does Naruto Come From?

Naruto is an orphan born with extraordinary combat skills in a village where everyone looks down upon him. When he is sent to a ninja academy, the village lets out a deep sigh and shoves him out as fast as they can. Naruto has been a nuisance to them, pulling pranks and teasing everyone in the small village. What starts as a ploy to garner attention ends up making Naruto a brash kid in front of the entire village. And that’s not true, Naruto is definitely notorious but harming anyone on purpose is below him.

What Naruto considers a punishment turns out to be a gift for him. In the ninja academy, Naruto develops close friendships with other ninjas and overcomes his shortcomings. He works hard to become a better ninja and attract all the attention he can as the attention seeker that he is.

Naruto’s parents sacrificed themselves to protect the Land of Fire, one of the greatest powers on earth. Naruto’s mother had a reserve of chakra inside her that made her the carrier of a demon spirit. These demon spirits live inside humans and drive them toward monstrosity. One such Nine-Tailed Fox or demon spirit is trapped inside Naruto, who later conquers and demolishes it. Naruto’s struggle and determination are the reasons why he is one of the best ninjas to ever exist.

READ THIS: How Many Episodes Are In Naruto?

Can Naruto And Deku Be Friends?

With the same amount of determination and heroism, these two warriors can most certainly be friends. They can inspire each other to become the best versions of themselves. Like any two normal friends, they can be silly around each other—something they don’t get to do often. By doing mundane things and showing off their powers, they could easily become the best of friends.

With Naruto being Deku’s senior, he could help him prepare for the ultimate war Deku has to lead. Even if Naruto cannot fight instead of Deku, he most certainly can give him pointers since he has defeated the beast residing within him. Their friendship, if we ever get to see it, will be the most memorable relationship anime fans will ever see.

ALSO READ: Deku Vs Shigaraki: Who Won The Fight In My Hero Academia?