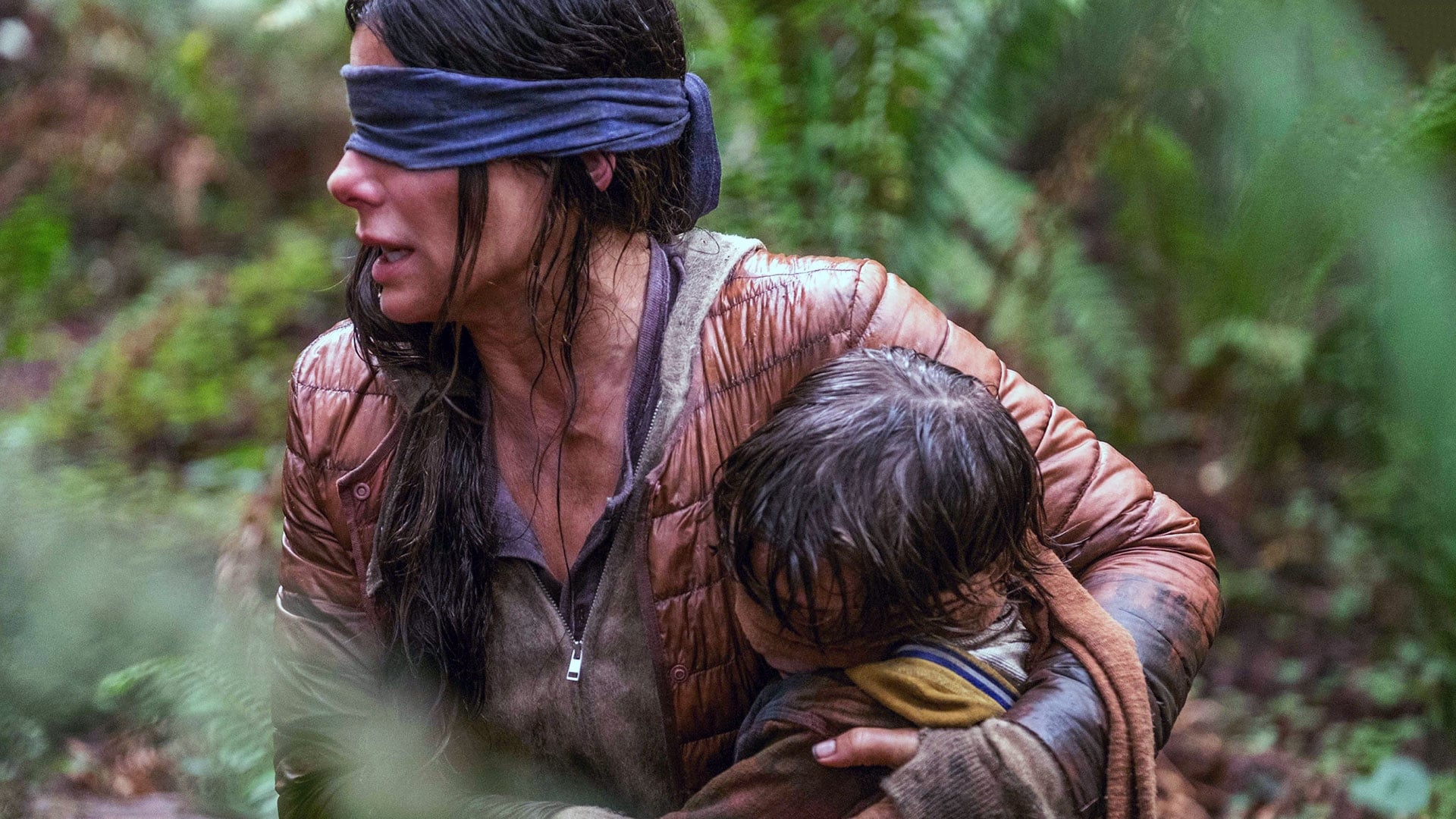 It is a well-known fact that mothers often sacrifice themselves to save their children. How tragic would it be if her sacrifice killed her children? Bird Box is a movie that portrays the struggle of a mother and her attempts at saving her children. Part one of this movie has been a blockbuster hit. Are the makers coming up with part two?

This unique horror thriller came out in 2018 after seven years of planning and debating. Susanne Bier mulled over the idea of making a film that deals with so many complex concepts for many years before deciding to give it a shot. In late 2018, “The Bird Box” was aired on Netflix, and her experiment quickly became successful.

While talking about the sequel to this intriguing thriller, Susanne confirmed that the team is working on it. Fans will soon be able to ride this emotional rollercoaster. Since it is a sci-fi thriller, the production would take a lot of time. Hopefully, the makers will announce a release date soon and end the fans’ years-long wait.

Bird Box is a movie known for authentic emotions that a viewer can easily feel and an enchanting thrill that keeps everyone on their toes. The movie is an adaptation of Josh Malerman’s epic novel of the same name. It’s worth noting that the makers have introduced their unique magic and slightly modified a few scenes to deliver a better story.

Malerman’s novel was originally introduced in 2014. But it gained momentum when Bier picked it up and decided to give it an audio-visual feel. After this enormous success, Malerman tried his hand at creating an equally engaging sequel. Unlike his previous novel, this sequel garnered a lot more attention. And the makers have decided to adapt this novel and transform it into an equally engaging movie.

Like its previous section, Bird Box 2 is expected to slightly change a few aspects of Malerman’s novel. As per Malerman’s novel, the movie would showcase a grown-up version of Malorie’s kids, Boy and Girl, or Tom and Olympia, as she named them in the later part of the movie. Malorie would have to endure the life-threatening monsters and tackle them. Since the movie ended with Malorie and her kids taking refuge in a blind school, the sequel was rumored to continue from there. In Malerman’s novel, however, the story begins eight years later, with Tom and Olympia as fully-fledged teenagers.

Malerman has made it his point to keep the Bird Box series for Malorie and her struggles; the rest of the characters would just be her companions. Maybe the makers of Bird Box 2 would let Malorie’s kids have a bit of focus and let this movie be about them as much as it is about Malorie. Or maybe they would closely follow Malerman’s novel and tweak the ending as they did in the previous movie.

This dark horror thriller is all about a mother struggling to keep herself and her children afloat amidst crippling insanity. Sandra Bullock, the ferocious mother, is definitely coming back to save her children and possibly the world once more.

With Boy being represented by Julian Edwards and Girl being portrayed by Vivien Blair in Part 1, the movie has been a horror delight. As the sequel would showcase the teen versions of Boy and Girl, it is almost certain that Julian and Vivien wouldn’t return. The new faces of the beloved boy and girl haven’t yet been revealed.

The makers will possibly introduce a few more characters to support Malorie and her journey. With Malorie’s love interest, Tom, and her sister, Jessica, already dead, they won’t be returning. Maybe it’s time for Malorie to meet someone special. Hopefully, the makers will bring someone new to help her find the love she so deserves.

MUST READ: Brightburn 2 Release Date: Are Directors Expanding The Universe?

Where To Watch Bird Box 2 Online?

Bird Box is exclusive to Netflix. And as the makers have informed, Netflix is going to continue having the sole rights to air this horror thriller. Bird Box 2 will soon capture the attention of viewers. Hopefully, this sequel will establish itself among the top-watched Netflix movies just like its predecessor.

Sandra’s Struggle To Adapt To Malorie

Sandra Bullock is a renowned actress, known for her dedication to the roles she takes on. With her tremendous efforts and amazing talent, her movies have been the talk of the town. She is an actress who plans 10 steps ahead and prepares for her roles in advance. However, this movie has been a surprising challenge for her.

Malorie has to be blindfolded for the better part of the movie because of the monsters. Sandra knew she would struggle to keep her acting natural and become acquainted with the darkness. She decided to practice being blindfolded for a while with a blind man who trained other people to establish their footing in the dark world.

Sandra had run into many walls and collided with many objects despite expert training and vigorous practice. At one point, she even bled, and the makers were deeply concerned. But nothing deterred Sandra, and her performance as Malorie made her one of the best actresses the world got to witness.

READ THIS: I Am Mother 2 Release Date: Is Sci-Fi Movie Returning?

Starring a heavily pregnant Malorie, Bird Box signifies her determination to save the kids that are her lifeline. When Malorie goes on to visit the hospital for her monthly routine with her sister, Jessica, the chaos unfolds. Cars start to explode, people start to kill themselves, and the world becomes a place of mass suicide. The sisters start to panic and try to get unscathed from this horrendous situation. Soon Jessica jumps in front of a truck and kills herself.

Tom, a person with self-confidence and determination like no other, saves Malorie from destroying herself. The couple takes refuge in a lawyer’s house with other people who somehow manage to keep themselves alive. Here, Malorie meets Olympia and instantly bonds with her. Both the pregnant ladies share a beautiful relationship throughout the movie. And at the end, Olympia leaves Malorie alone and surrenders to death.

Tom, Malorie’s savior, he sacrifices himself to save Malorie and her toddlers. As the movie comes to an end, Malorie’s fierce mother instincts kick in. And she decides to follow the clues she gets from a community that survived the invisible monsters. These monsters have no shape since they transform themselves into the deepest, darkest fear of a person who looks at them. Usually, a person who is suffering from a mental illness or who has suicidal tendencies falls victim to these monsters.

Malorie has to put on a blindfold and make a run to save her kids from becoming suicide. The movie ends with Malorie naming her kids after Olympia and Tom, who proved how intense love and friendship could be. When Malorie and her kids cross the monstrous river, they find a blind school where other refugees take her and the twins in immediately.

READ THIS: Hellhole 2 Release Date: Is Marek Dead? Will there be Hellhole 2?

The Controversies Over The Bird Box

Dealing with sensitive issues like mental health and suicidal tendencies, Bird Box has landed itself in muddy water. In the movie, people who suffer from mental illness either end up committing suicide or become the agents of evil. These agents manipulate people into looking at the monster, and they either end up joining their community or killing themselves.

Many critics claimed that the movie targeted people with mental illness and portrayed them negatively. Some people supported the movie and stood by it, asserting that the movie helped people with such illnesses come out. Though the controversy eased out after a while, there is no denying the emphasis the movie places on people suffering from mental disorders. How to consider this emphasis is solely on the viewer’s point of  view. But the movie comes with a trigger warning that shouldn’t be ignored. People suffering from suicidal tendencies and mental disorders are warned to stay away from this horror adventure.

Another controversy the movie sparked was because of the use of real-life footage. The makers tend to use many existing clips to cut costs and save time and effort. When the makers used the footage of a real-life rail tragedy, the people of Lac-Megantic revolted widely against it. The Lac-Megantic people claimed that Netflix should cut the scene used in Bird Box. This scene was added to depict the mass destruction caused by the monsters.

The rail tragedy in Lac-Megantic caused the deaths of more than 40 people because of the blast from a train carrying crude oil. Later, Netflix removed the scene and apologized to the Lac-Megantic community. It seemed to calm the outcry, and the Bird Box continued to garner more love from the audience.

FOR YOU: Annabelle 4 Release Date: Is It Coming Back?