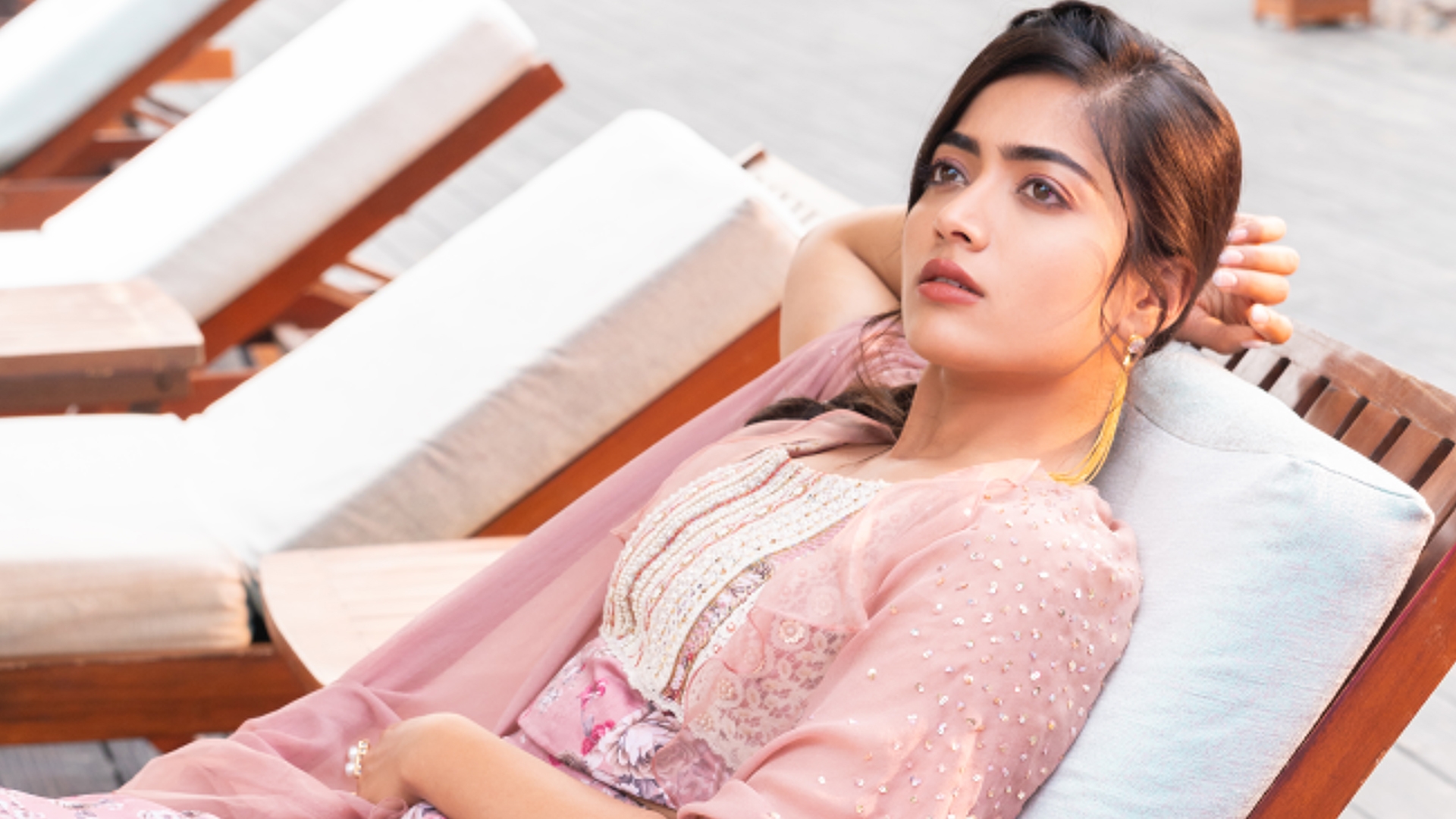 When a gorgeous new face emerges in Bollywood, everyone begins wondering who she is, where she’s come from, and what exactly did she do to get aboard the fame train all of a sudden.
For some, nasty conclusions of casting couches and nepotism are the first order of the day, for others, they hit the internet and scour everything.

The same is the case around Rashmika Mandanna, the new hot thing in Bollywood. With the demeanor of a model and the humbleness of a common man, she caught the eyes of everyone and got them wondering, just like Poo in Kabhi Khushi Kabhi Gham, “Who IS she?”

Why is Rashmika Mandanna Famous?

Let’s start from the beginning and map out Rashmika’s success stories one by one. The first time she got noticed in the film industry was because of a facewash! Imagine THAT! How many models for advertisements have you seen making waves in the industry? So it was quite a stroke of luck when she won the Clean n Clear Fresh Face award back in 2014.

Fresh face, indeed, because her cute and innocent charms won the hearts of everyone, especially the youngsters. But even she didn’t know that just winning this award would throw her in fame’s way soon.
Enjoying her fame, mostly in South India, she entered the South Indian Cinema with her first movie Kirik Party in 2016. And her gleaming performance in the movie won her the Best Debut Actress- Kannada Award! And that was all the lift our little South Indian princess needed to soar higher and higher. From there on, he delivered hit after hit, entrancing fans and capturing hearts not only in the South but all over the world.

The popularity of south Indian films has increased massively over the last few years and so did Rashika Mandanna’s fame. She won scores of awards for movies like Anjani Putra, Geetha Govindam, etc.
Not only that, she became a part of numerous highly acclaimed and recognized projects as well. Devadas became another movie when she delivered an awe-inspiring performance, back in 2018. Her ability to morph into a completely different person at a moment’s notice is enchanting. (Weird how, if we were talking about this any terms other than acting, we’d call it schizophrenia chuckles)

But, jokes aside, Rashmika Mandanna’s movies gathered her a following of hundreds of thousands of youngsters all over the country.

MUST-READ| Who Is Dev In Brahmastra? What Is The Story Behind This Mysterious Man?

As if all those awards under her belt and the hearts of all the youngsters under her fist weren’t enough to pacify the industrious zeal of this deceptively cute actress, she made her Bollywood debut with none other than Amitabh Bachchan in ‘Goodbye’! Now THAT got the whole industry talking. Even the ones who couldn’t care less about a seemingly unthreatening girl from the south were now faced to inquire about her.

She even surpassed the already established young heartthrobs of the industry and peeled through the curtain to make a place for herself in their league. Talk about learning the rules and then destroying them on their own game!

Whoever her PR is, they are doing a wonderful job keeping her in the news and the audience on their toes about her next move. She is bagging movie after movie which, even if aren’t going to enter the 5 cr club, are still considerable hits, enough to get her the popularity and attention she needs to climb up the Bollywood ladder.

It’s going to be a tough task though, Rashmika. The Bollywood industry seems to be struggling even with the insiders as it is, now hanging by the thread and waiting for Shah Rukh Khan’s ‘Pathan’ to revive it. But we are sure she will hang on. She certainly has the resilience, and the brains to choose which movies to keep and which to discard as she did with Shahi Kapoor’s ‘Jersey. Good move there!

Well, now you guys know all about what made Rashmika famous and how she maintains that fame even years after her first break. What’s next? Feel like reading some more gossip? Because LiveAkhbar is never short of some celebrity entertainment for you, believe us!

MUST-READ| Who Is Amrita In Brahmastra? Shocking Revelations Made In The Movie! Who Will Play The Part?